Inside The Stock Market Rout

Global stock markets have tumbled toward a bear market as concerns over the war in Ukraine, inflation, and the possibility of a recession spread.

As the S&P 500 confronts its worst losing streak in decades—with half of its losses occurring in the past three months—the benchmark equities index briefly slipped into bear market territory, defined as falling 20% from a peak, on May 20, according to S&P Dow Jones Indices. Considering that the benchmark index has experienced seven consecutive weeks of declines, marking the longest run of this kind since 2001, analysts interviewed by S&P Global Market Intelligence believe that the stock market is likely to continue this downward trajectory before reaching the bottom. And because financial market volatility is a response to new and existing fundamental stressors, the market movements have implications for issuance and credit stability, according to S&P Global Ratings.

Geopolitical tensions, escalating inflationary pressures, and the global implications of China’s COVID lockdowns have elevated risk-off sentiment across equity markets worldwide, according to IHS Markit, now part of S&P Global. Volatility has also disrupted capital markets this year, sending yield curves toward inversion—which can signal that a recession is on the horizon.

"The mood has soured and fear is rampant, yet we still haven't seen capitulation … It's been a rough year, no matter how you slice it," Callie Cox, a U.S. investment analyst at the trading firm eToro, told S&P Global Market Intelligence. "There have been few places to hide unless you've looked into hard assets like commodities and currencies—two classes that retail investors don't have as much access to."

Consumer discretionary stocks have been the S&P 500’s worst performers this year against the backdrop of alarm over stalling U.S. economic growth and consistently rising prices.

"It looks like Wall Street was a little too optimistic about the U.S. consumer and with the peak of inflation," Edward Moya, a senior market analyst with the foreign exchange company OANDA, told S&P Global Market Intelligence. "Growth concerns will dominate the focus for the next several weeks and that will continue to weigh on consumer discretionary stocks."

The downturn in the stock market has also been underpinned by rising bond yields, alongside the U.S. Federal Reserve’s aggressive monetary policy tightening.

“If yields fall, because growth is slowing faster than expected and recession probabilities rise meaningfully, then stocks will fall further,” Benjamin Jones, director of macro research at the investment management firm Invesco, told S&P Global Market Intelligence. “However, if inflation slows meaningfully but growth remains resilient, admittedly a very fine line, then central banks will be handed an excuse to slow their rate hikes."

While the U.S. 10-year Treasury note’s yield dipped below that of the two-year Treasury on April 1 for the first time since 2019, that inversion was followed by a relentless rise in yields. That climb appears to be softening now, with yields on 10-year and two-year U.S. Treasuries respectively down 30 and 20 basis points from the start of the month, according to S&P Dow Jones Indices.

“But even steadying yields would not save bond markets from a horrendous year. The S&P U.S. Treasury Bond Index is on track for its worst year on record, with its 7% year-to-date loss almost double the previous record decline,” Benedek Vörös, director of index investment strategy at S&P Dow Jones Indices, said in a market note today. “A look under the hood of the ‘all maturities’ S&P U.S. Treasury Bond Index reinforces the bleak picture painted by the U.S. fixed-income benchmark: There was absolutely no place to hide along the U.S. yield curve, with 2, 5, 10 and 30-year Treasury bonds all suffering drawdowns well in excess of those seen any time in the past 30 years, including the aftermath of the Great Financial Crisis.”

Today is Tuesday, May 24, 2022, and here is today’s essential intelligence.

Closing Time: The U.S. Retail Party Ends As Consumers Push Back On Inflation 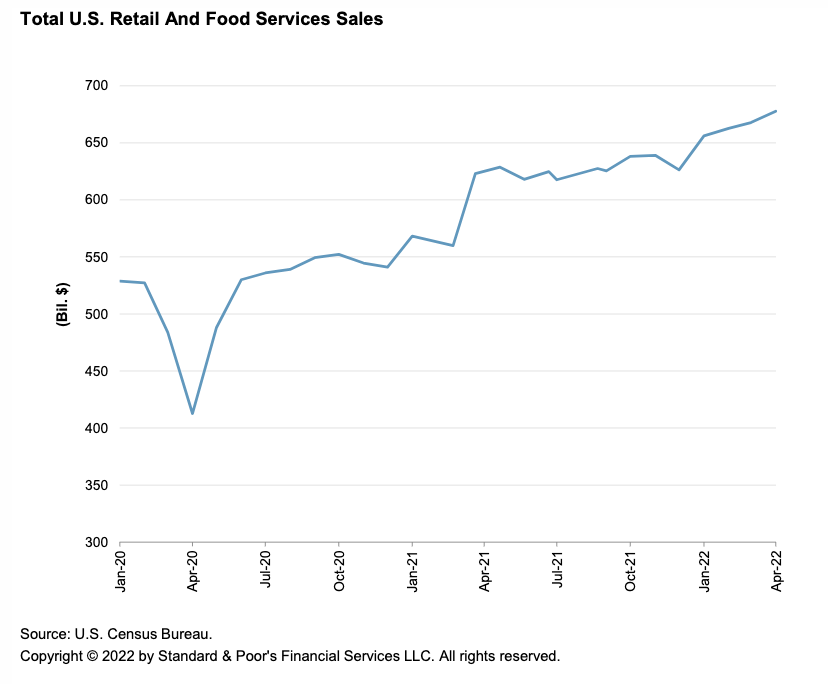 Last week marked the official end to the good times the retail sector has been experiencing since 2021 as various macroeconomic data releases and earnings announcements forced the market to reconsider their view of consumers' resilience in the face of decades-high inflation. The emergence of a less confident, more price-sensitive consumer—especially among the low- and middle-income levels—poses a material near-term risk for many retailers. Unfortunately, the timing of this shift couldn't be worse for these companies because the additional cost inflation has yet to work its way through the system. 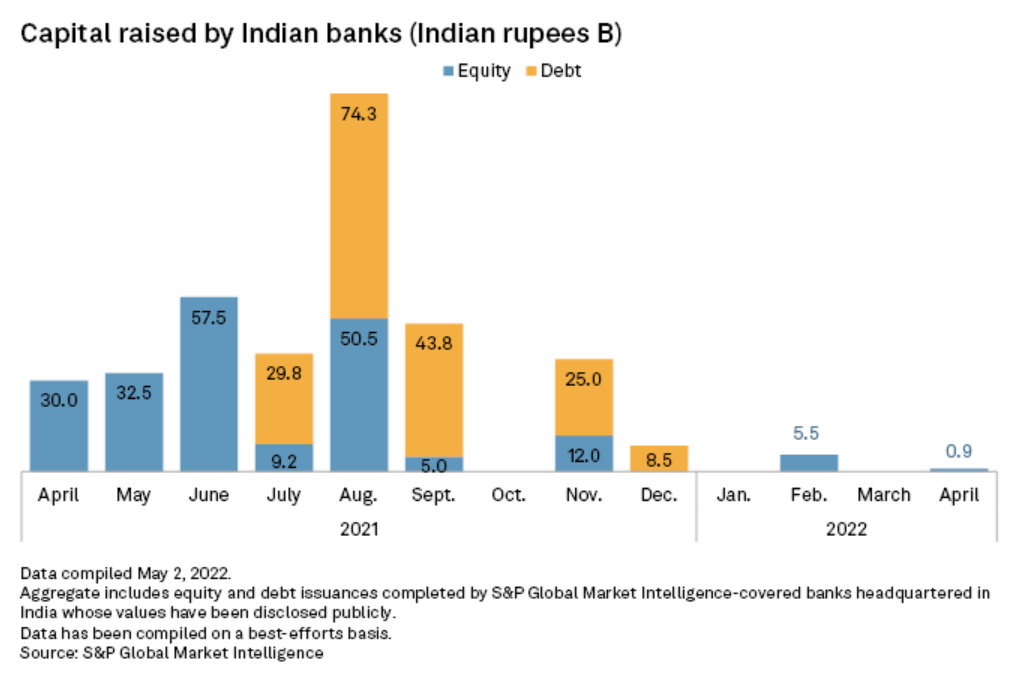 Indian banks are likely to jump into the bond market as surging global inflation and a surprise rise in interest rates spur concerns about the outlook for borrowing costs. Banks may rush to raise money for mortgage books and long-term infrastructure projects before rates climb higher, said Anand Dama, a senior analyst at financial services research firm Emkay Global. The Reserve Bank of India on May 4 surprised markets by raising its benchmark rates at an unscheduled review of its monetary policy settings. 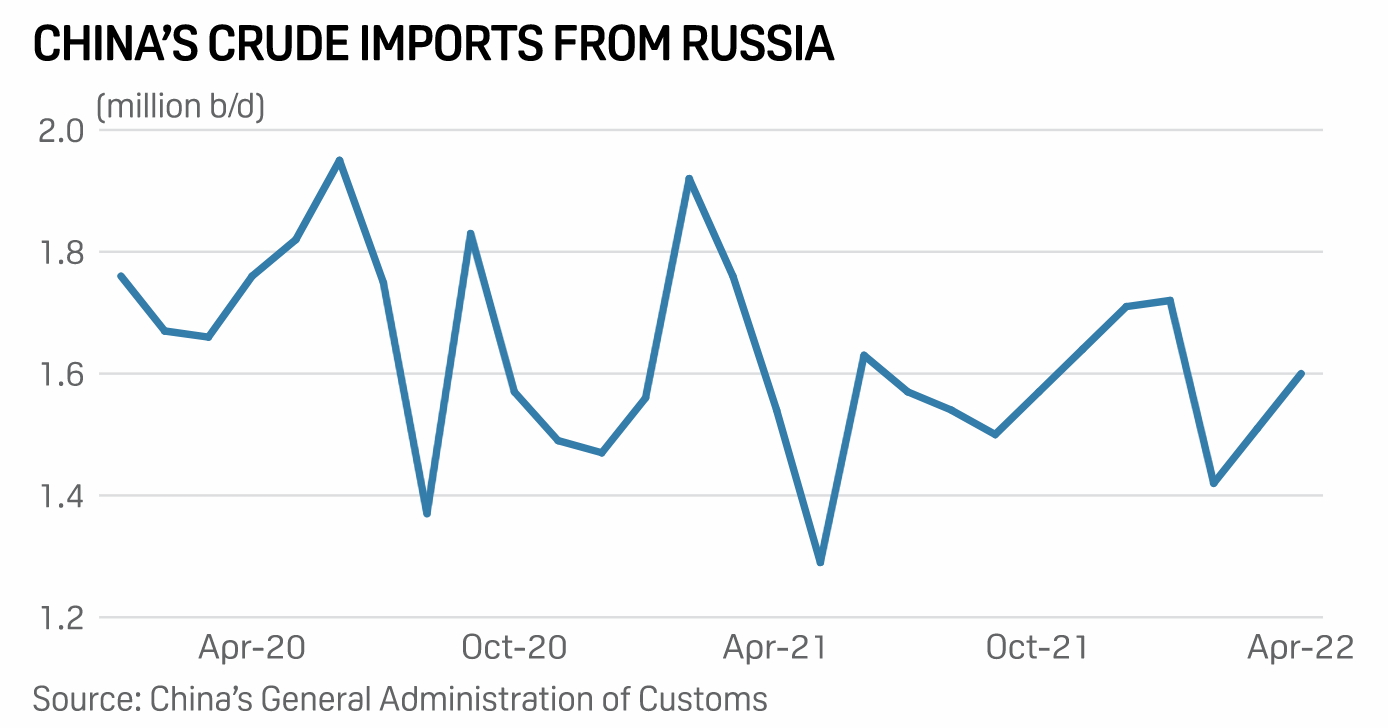 Hefty discounts on Russian crude are increasingly whetting the appetite of China's independent refineries, but Beijing may not rush into shipping in plentiful cargoes from the non-OPEC supplier at current prices for strategic petroleum reserves, analysts said. China's SPR stock stood at 325.71 million barrels as of May 23 to account for 67% of the state crude reserve storage capacity that Kpler monitors. That was 16.12 million barrels lower than the record high of 341.83 million barrels in June 2020, Kpler's data showed. 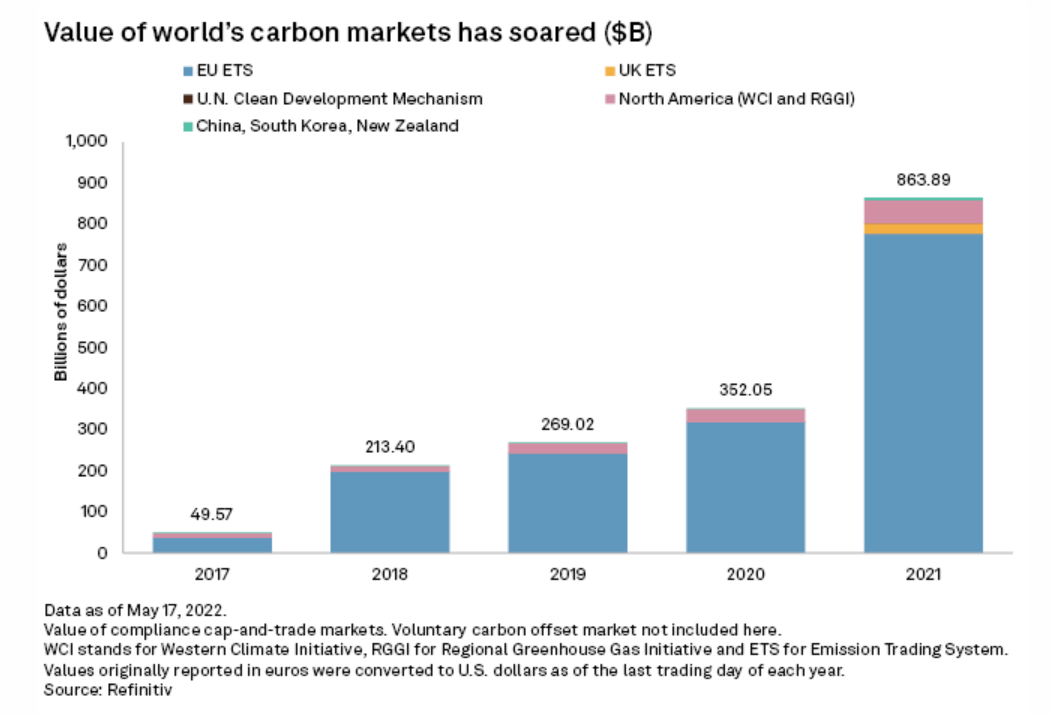 Fund managers and other private investors are jumping into cap-and-trade markets, attracted by the promise of large returns as prices for carbon emission allowances continue to climb on both sides of the Atlantic. The growing demand from the private sector is pushing up carbon credit prices while strengthening the overall performance of compliance markets created to reduce greenhouse gas emissions, said analysts and other experts following the trend.

Listen: Looks Like The U.S. Has Forgotten About Canadian Oil, Eh?

Alberta Premier Jason Kenney recently made the rounds in Washington, talking to lawmakers and State Department officials about the role Canada, and specifically Alberta's oil sands, can play in ensuring North American energy security and easing American drivers' pain at the pump. And his frustration with the lack of proactive outreach by the Biden administration to Alberta, which accounts for over 60% of U.S. oil and gas imports, was clear. Kenney joined senior editor Jasmin Melvin on the podcast to share his concerns and hopes for future collaboration between the U.S. and Canada. He discussed Alberta's ability to increase its crude exports to the U.S. as well as federal policies in Canada and the US that he worries will inhibit resource development. 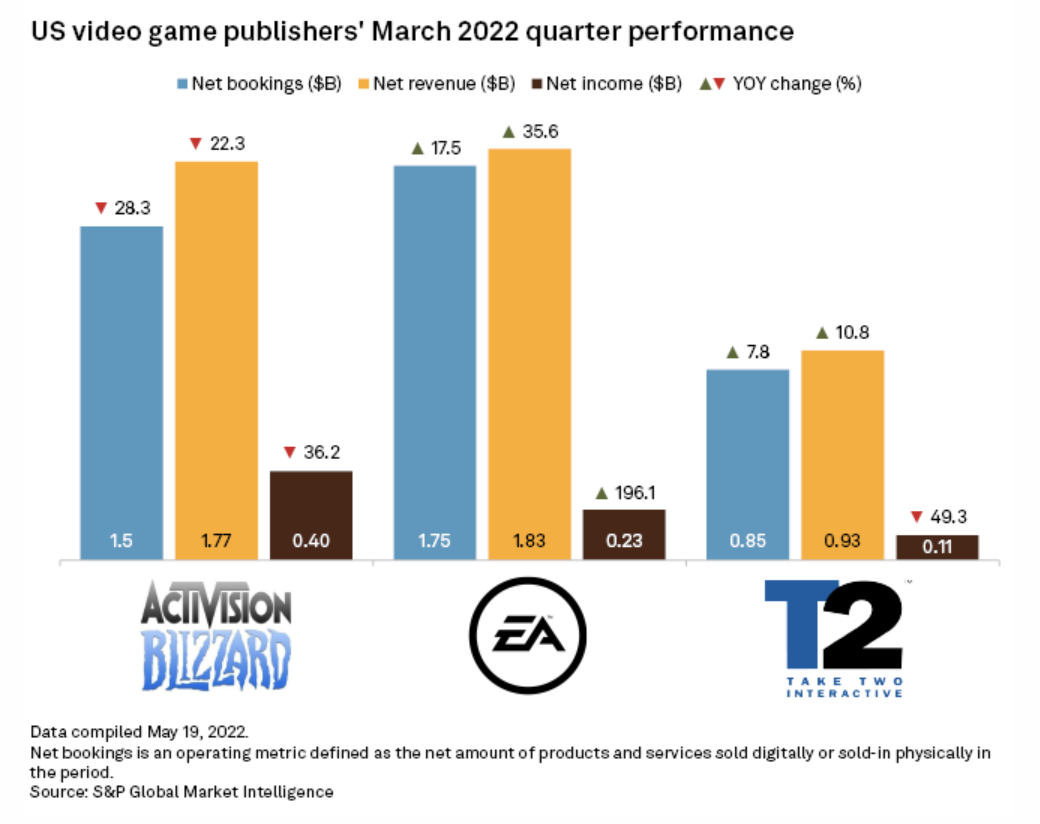 As pandemic-driven growth in the video game industry dissipates, gaming companies are pinning their hopes on splashy new installments of tentpole franchises. With consumers spending less time playing games than they were during the peak of COVID-19's lockdowns in 2020, gaming content revenue's year-over-year growth rate halved in 2021 and is expected to slow further this year, according to estimates from Kagan, a media research group within S&P Global Market Intelligence.