Lockdowns in Shanghai to contain the coronavirus worsened disruptions to already disjointed global trade flows. But China's manufacturing and export resilience is a testament to its dominant role in global supply chains.

Lifted on June 1, China’s two-month-long lockdown in its economic hub of Shanghai exacerbated pressure on the country’s economic growth and credit conditions alongside energy and commodities markets, and prolonged global supply chain disruptions that have long been burdened by the pandemic and the war in Ukraine.

But China has maintained its resilience in manufacturing and export despite the pandemic disruptions and trade disputes. Its hold on global supply chains appears strong, as manufacturers continue to be drawn to the country and firms already established there have difficulty disentangling themselves from China—particularly for automotive and technology production, according to S&P Global.

“China's record of maintaining and building on its central role in global production underscores the resilience of its export engine and the pull it continues to exert on manufacturing supply chains,” S&P Global said in recent research. “Despite these [trade and COVID-19] tensions, global product makers continue to keep most of their plants in the country. Entrenched production infrastructure, proximity to suppliers, and large pools of skilled, trained labor make major relocations unattractive. China's vast, fast-growing markets are also incentivizing them to build more facilities for production and research and development. These factors are long term in nature and are likely to remain at play beyond … [recent] lockdowns, as such measures have proved to be temporary so far under the pandemic.”

Even though China has lifted its lockdowns and maintains this supply chain strength, the country’s output won’t immediately recover from this year’s declines.

S&P Global Ratings believes China's COVID policy will be a key credit factor for the remainder of this year and beyond, affecting domestic employment, investor sentiment, supply chains, and broader capital markets. Last month, S&P Global Ratings revised downward its full-year economic forecast for China to 4.2%, from 4.9%, on the assumption that the lockdowns would be lifted gradually but that the overall virus-elimination strategy will be the status quo for some time. China's independent refining sector's feedstock imports plunged in May to a 34-month low due to demand destruction, according to S&P Global Commodity Insights. And factory production across mainland China in May plunged for a third successive month, marking the third-quickest decline recorded since the height of the 2007-2009 financial crisis, according to IHS Markit, now part of S&P Global.

The slowdown arrived as China targeted a multitude of policy directives and regulations on slowing aging in its population and achieving a more equitable society. These efforts indicate a transition for the world’s second-largest economy from years of expansion largely driven by debt-fueled investment into a new stage of development.

“China's increasing focus on demographics and uneven income distribution is pushing a broad range of regulatory changes across education, housing, labor, and social welfare. S&P Global believes regulatory risks will stay elevated for corporates in related industries for years to come. These issues are long term in nature, and COVID-19 has exacerbated their effects and brought them into sharper focus for policymakers,” S&P Global Ratings said in recent research. “Should China succeed in balancing growth and reducing wealth and income disparities, it could reap a healthier and more stable period of economic growth. However, in the near-term, more volatility is likely for some business sectors—education and internet companies come to mind.”

Today is Monday, June 6, 2022, and here is today’s essential intelligence.

The Global Food Shock Will Last Years, Not Months 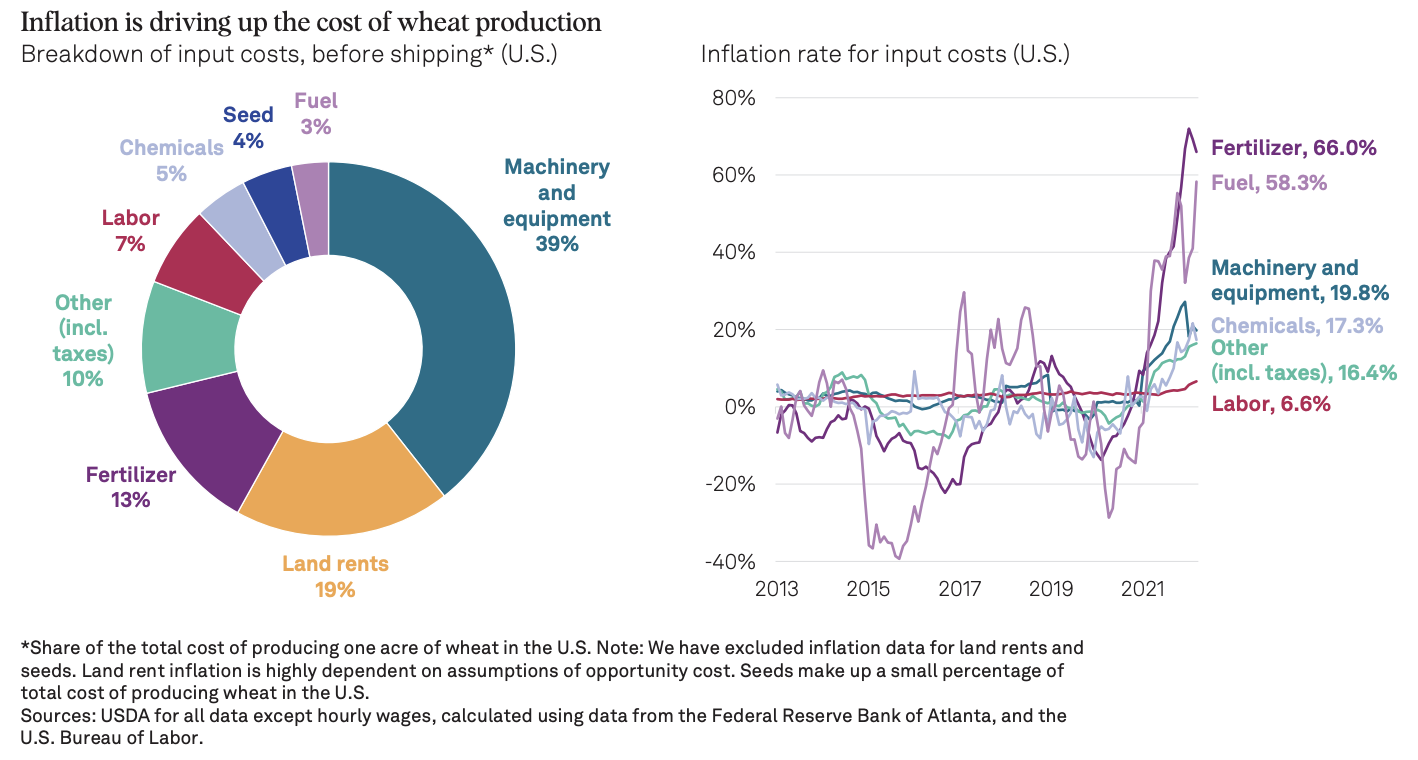 Rising food prices and diminishing supplies will last through 2024 and possibly beyond, in our view. Fertilizer shortages, export controls, disrupted global trade, and escalating fuel and transport costs will all exert upward pressure on the cost of staples. Our analysis shows low and low-to-middle income countries in Central Asia, the Middle East, Africa, and the Caucasus could be worst hit by the first-round impact. The food shock will drag on GDP growth, fiscal performance, and social stability, and could lead to rating actions, depending on the response by governments and international organizations.

PE-Backed SPACs Slow To Trickle In Q1; Blackstone Closes In On $5B Advarra DealChina's Home Loans Poised To Pick Up After Targeted Easing Measures 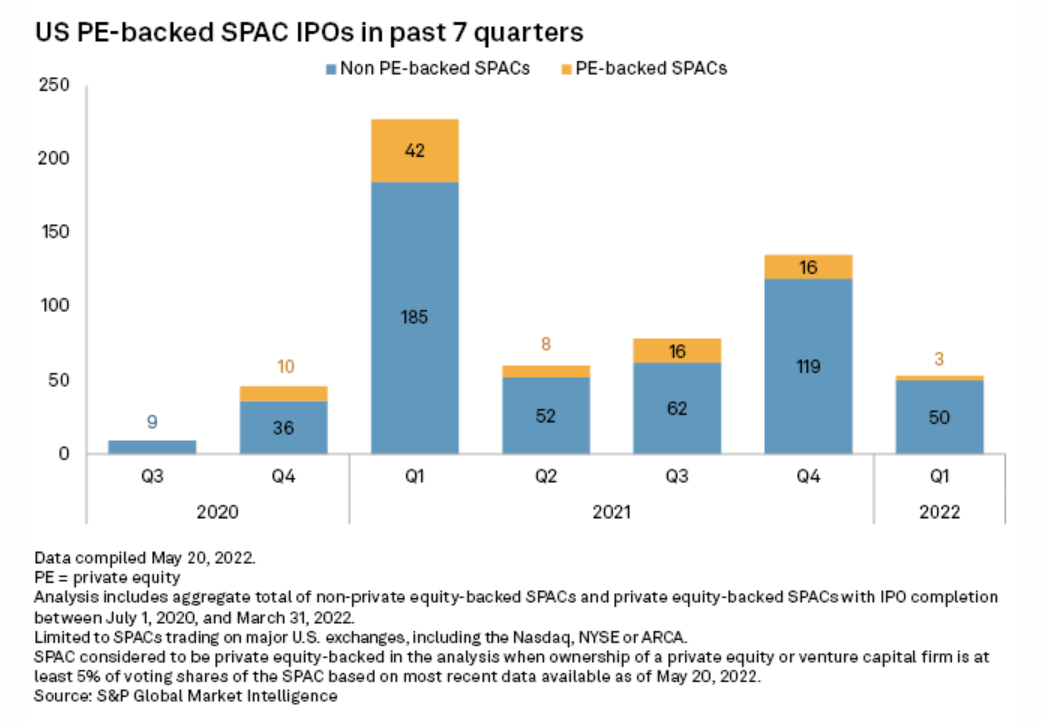 Just three special purpose acquisition companies with private equity backing went public in the U.S. in the first quarter as the wider SPAC market cratered after a record year in 2021. Forty-two private equity-backed SPACs held IPOs on a U.S. exchange in the first quarter of 2021, or 14 times as many as the same period this year. The shift is part of a broader fall-off in SPAC activity. Several factors may be at play in the turnaround from 2021, including stricter SPAC rules proposed in March by the SEC and recently published research that suggests close to two-thirds of recent SPAC mergers fell short of revenue projections.

Flow Of Russian Metal Into U.S. Rises In Q1'22 Due To Scant Options 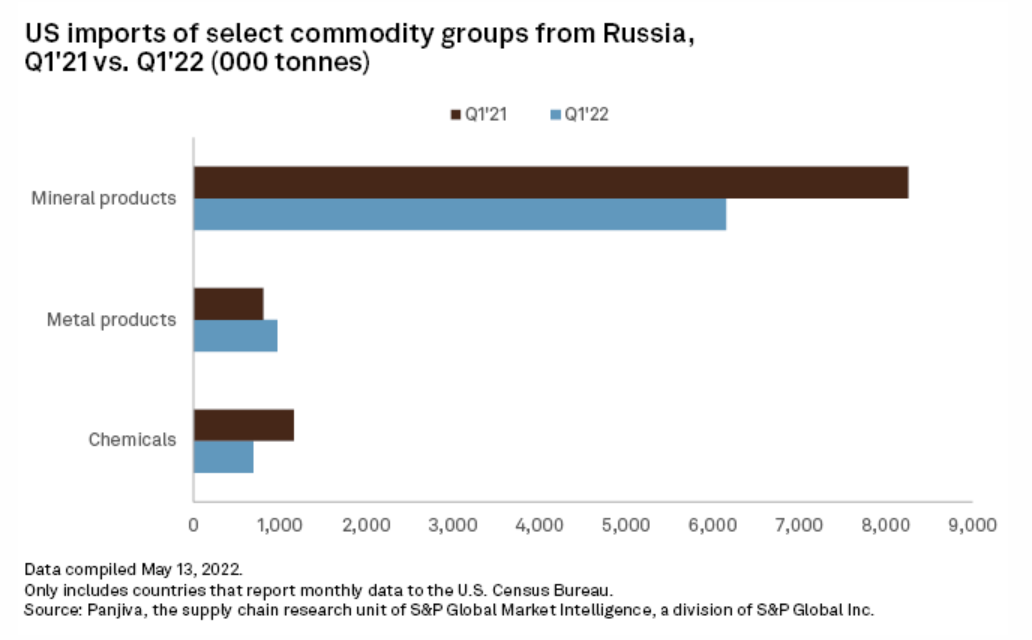 U.S. metal buyers were undaunted by Russia's Feb. 24 invasion of Ukraine, ramping up their Russian imports by 20.3% in the first quarter of 2022 compared to a year earlier, according to data from Panjiva, the trade analysis unit of S&P Global Market Intelligence. Buyers are lacking any alternative sources of supply in many cases, and appear to be making pragmatic choices to continue sourcing critical metals such as palladium and nickel from Russia, according to analysts. 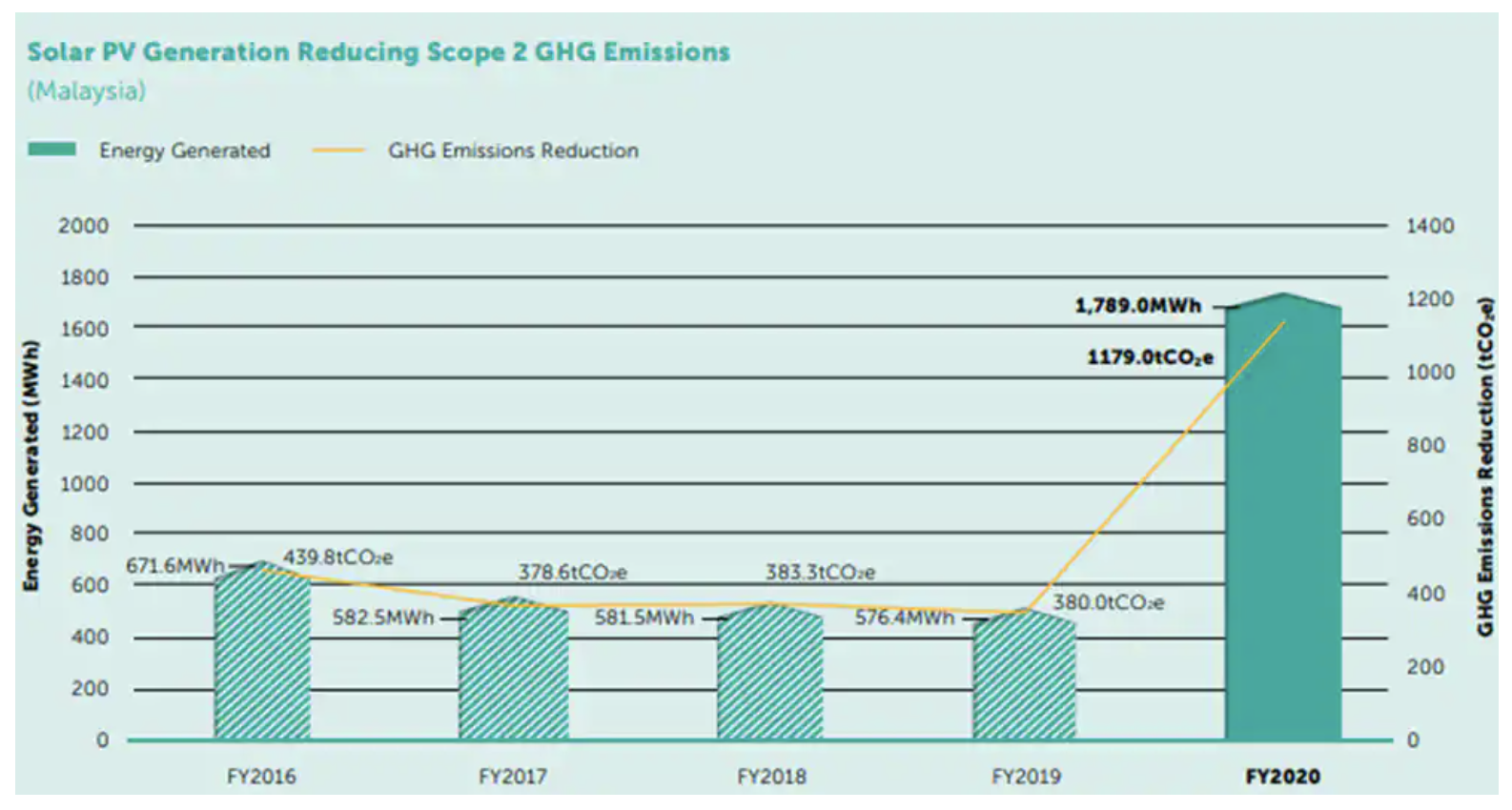 Malaysia has raised climate commitments in recent quarters to help counter climate change, with state-owned energy firm Petronas set to become a major force behind the decarbonization drive. Having aimed for lower GHG intensity by 2030 and established a target to reach carbon neutrality by 2050 at the earliest, Malaysia plans to unveil long-term, low-emissions development strategies by the end of this year, which could include a carbon pricing regime. 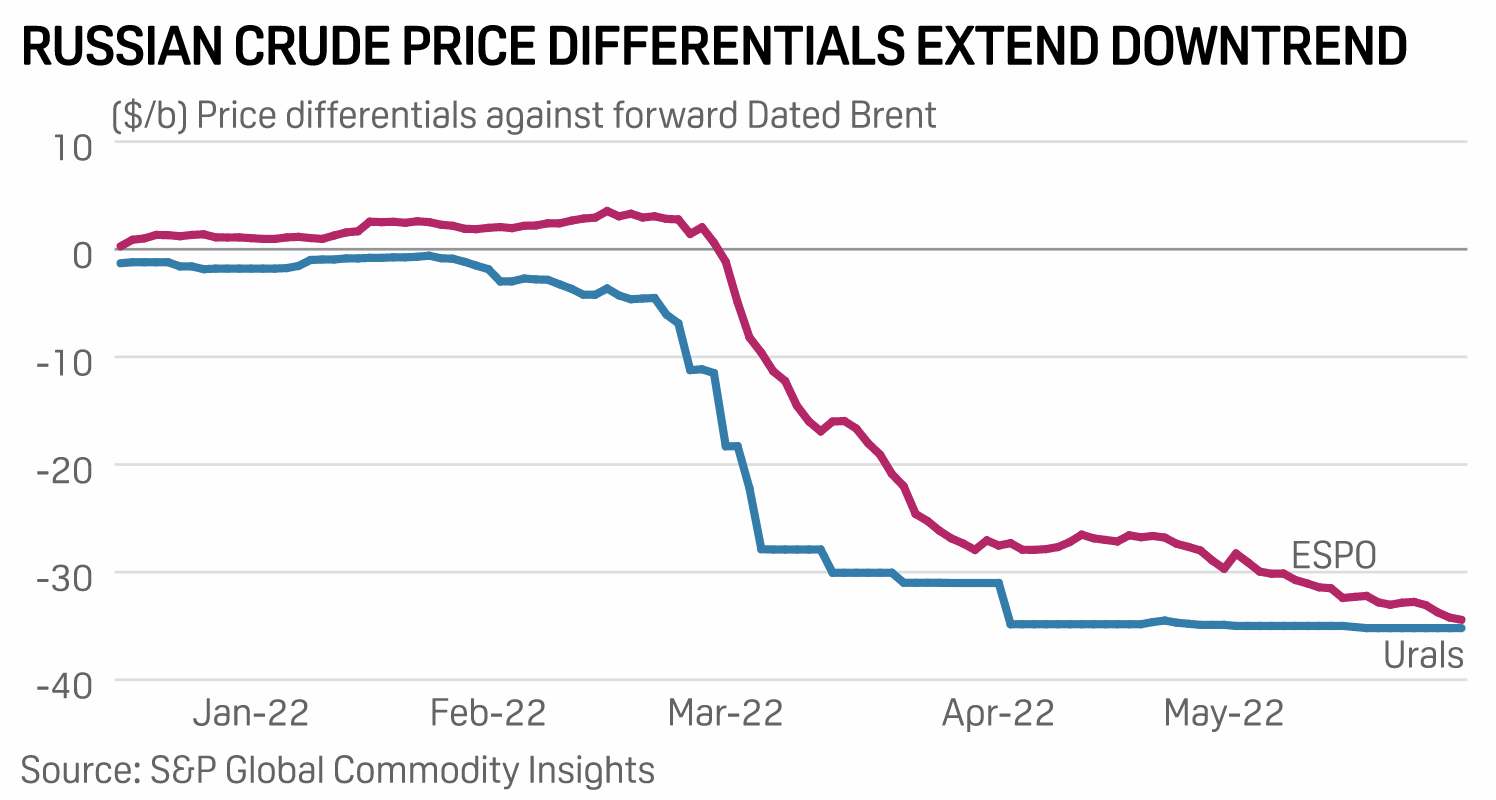 Asia may gain an edge in negotiating bigger discounts for spot Russian cargoes, seal some long-term contracts, as well as witness the emergence of new buyers in the region, as the EU's move to distance itself from those cargoes may create a problem of plenty for the leading non-OPEC supplier. The latest pledge by the EU this week to ban Russian oil imports by sea, which amounts to more than two-thirds of Russian crude deliveries to the bloc, will sharply narrow the sale window for Russia, as the exporter will now have to largely be dependent on Asian buyers. 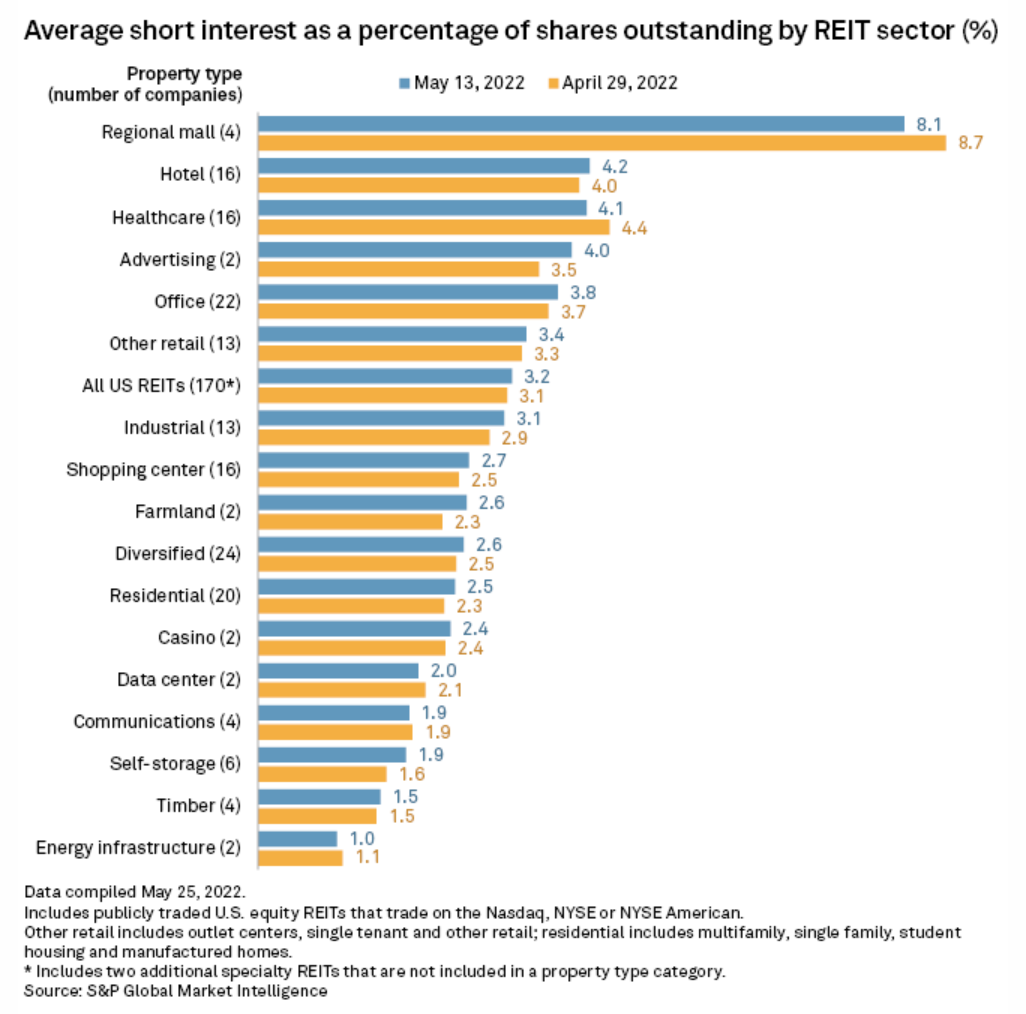 Commuting emerged as the biggest factor keeping employees from returning to offices, according to a report from The Wall Street Journal. The return-to-office rate has been slow in cities with longer commutes compared to urban areas where people live closer to their workplace, the publication said, citing its analysis of U.S. Census Bureau data and building-access company Kastle Systems. This implies cities and landlords may need to invest in housing, public transportation and other infrastructure that could reduce commute times in order to lure back office employees, the Journal said.