In the aftermath of the coronavirus crisis potentially having permanently altered the global economy, the current ongoing geopolitical shocks and shifting market dynamics may solidify the high inflationary environment for some time.

President Lagarde acknowledged that “I don’t think that we’re going to go back to that environment of low inflation.” Chairman Powell said that “we’re living with different forces now and have to think about monetary policy in a very different way.” Governor Bailey stated that “there will be circumstances in which we will have to do more.”

Their warnings come as macroeconomic conditions dramatically shift and the outlook for the rest of the year begins to darken. Along with the inflationary, geopolitical, and market pressures, S&P Global Ratings believes that signs of softening are rising in the global macroeconomic outlook—and generally revised downwards its GDP growth forecasts over 2022-2025.

“With the wisdom of hindsight, central banks are now viewed as having waited too long to raise rates, putting too much weight on supply-side explanations, or putting too much weight on labor market outcomes, or both. A swath of central banks, most notably the U.S. Federal Reserve, have brought forward their rate-hike timetables,” S&P Global Ratings Chief Global Economist Paul Gruenwald said in his third-quarter outlook this week. “The overriding challenge for central banks is whether they can rein in and re-anchor expectations without causing a recession.”

“Should inflation stay higher for longer than expected, real rates will remain correspondingly lower and central banks will need to do more. This runs the risk of more financial pain as well as a sharp decline in output and employment,” Dr. Gruenwald said. “In an extreme case of stagflation, inflation could remain elevated even if the economy is slowing sharply. In this case, supply-side-driven price pressures spill back into broader inflation pressure, requiring an even stronger policy response.”

Today is Wednesday, June 29, 2022, and here is today’s essential intelligence. 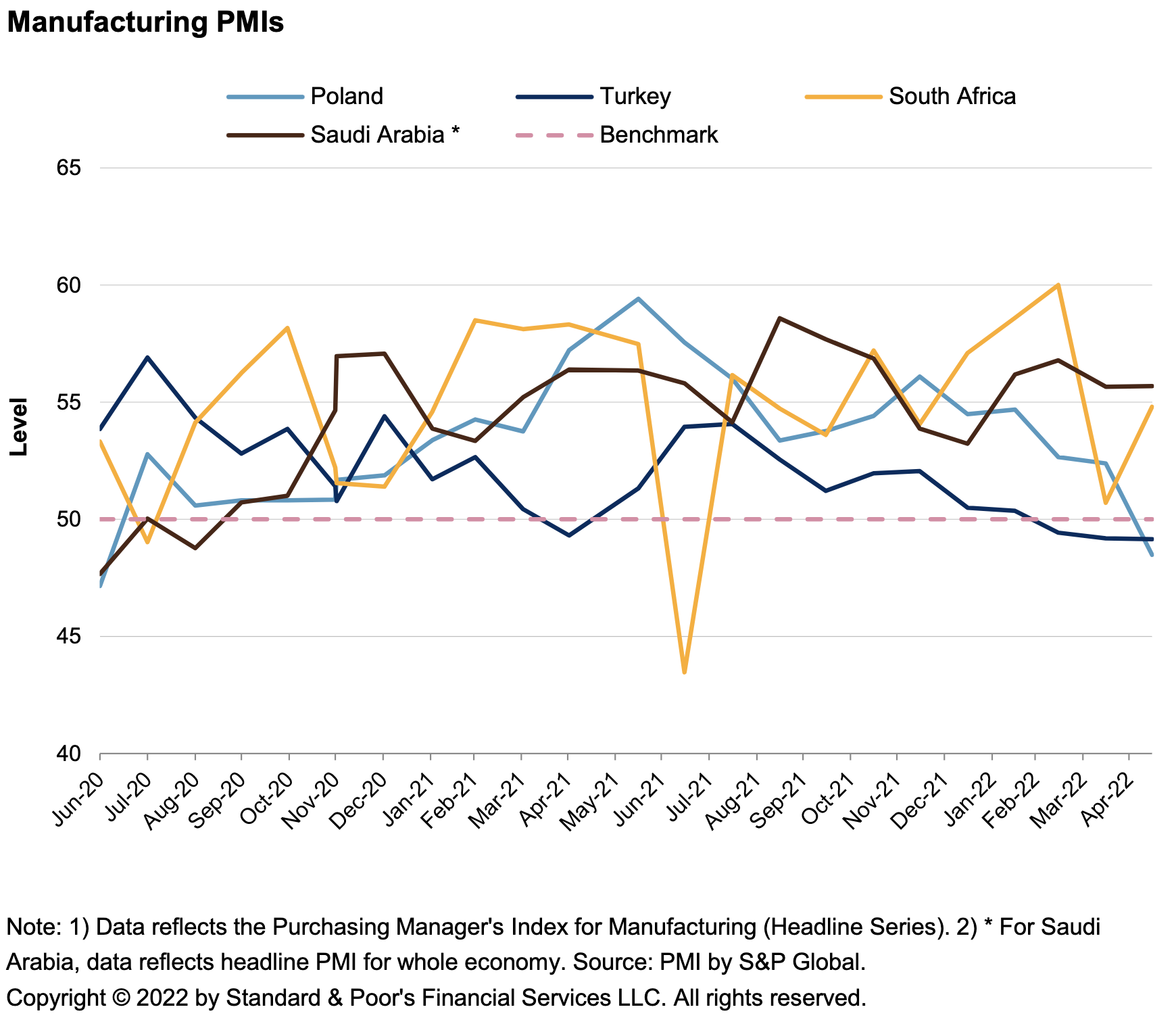 After a solid first quarter that surprised on the upside, S&P Global Ratings expects slower GDP growth in emerging market economies within EMEA in the coming quarters, amid stronger headwinds from a prolonged Russia-Ukraine conflict, accelerated tightening of monetary policy by the U.S. Federal Reserve and other major central banks, and weaker global growth prospects. 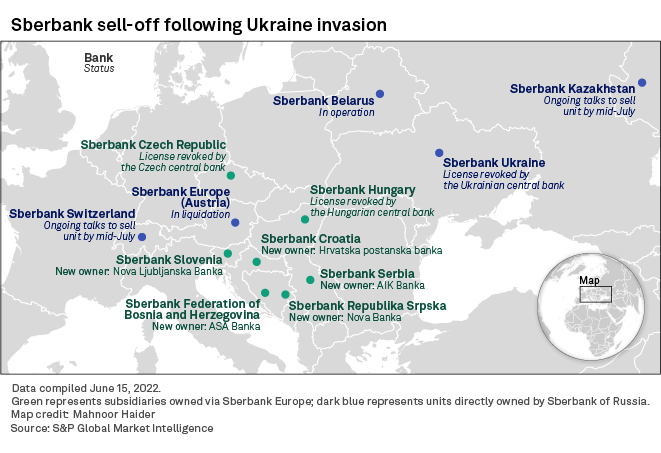 Local lenders in the former Yugoslavia have swooped in as Sberbank of Russia unravels amid international sanctions, snapping up units of the Russian bank at knock-down prices. 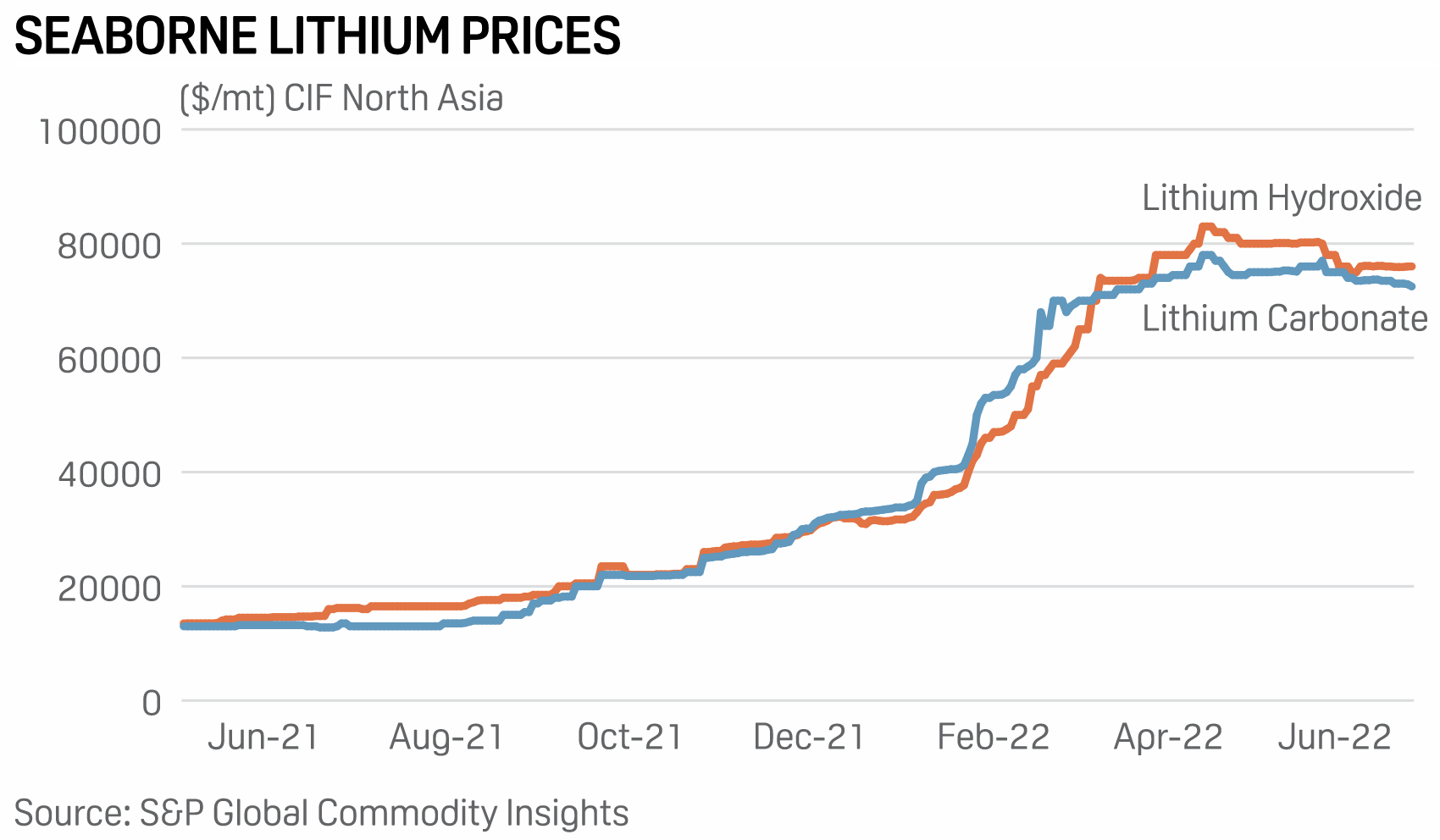 At the end of 2021, the European Chemicals Agency's Risk Assessment Committee agreed with French proposals to classify lithium carbonate, lithium hydroxide and lithium chloride as Category 1A reproductive toxicants, as they may damage fertility, unborn children and harm breastfed children. Initial proposals were presented to the EC in March and are now under review and consultation, with the first draft of an act reclassifying lithium compounds to be published between October and December. 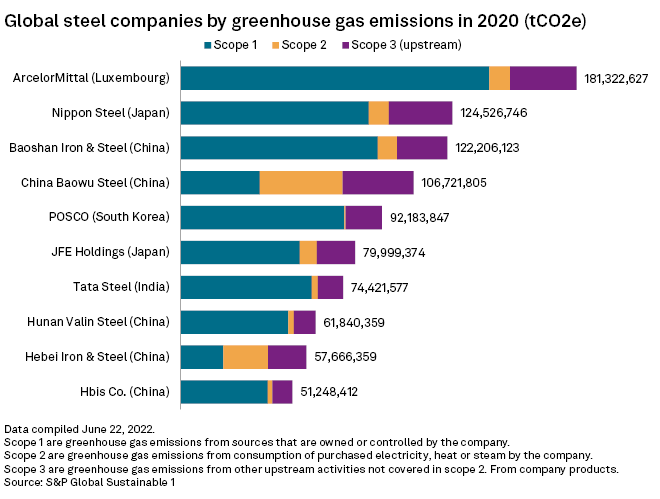 A shortage of high-quality iron ore in the marketplace presents a significant hurdle for steelmakers who are trying to reduce their carbon emissions. Green hydrogen-based technologies use less carbon to produce steel, but the process requires higher iron ore grades than traditional blast furnaces. A dearth of ore with an iron content above 65%, combined with a shortage of mining projects in the pipeline, could disrupt the steel industry's climate goals, the Institute for Energy Economics and Financial Analysis, or IEEFA, concluded in a new report.

Nickel Sulfate vs Metal: Is the Market Shifting Towards New Pricing Mechanisms? 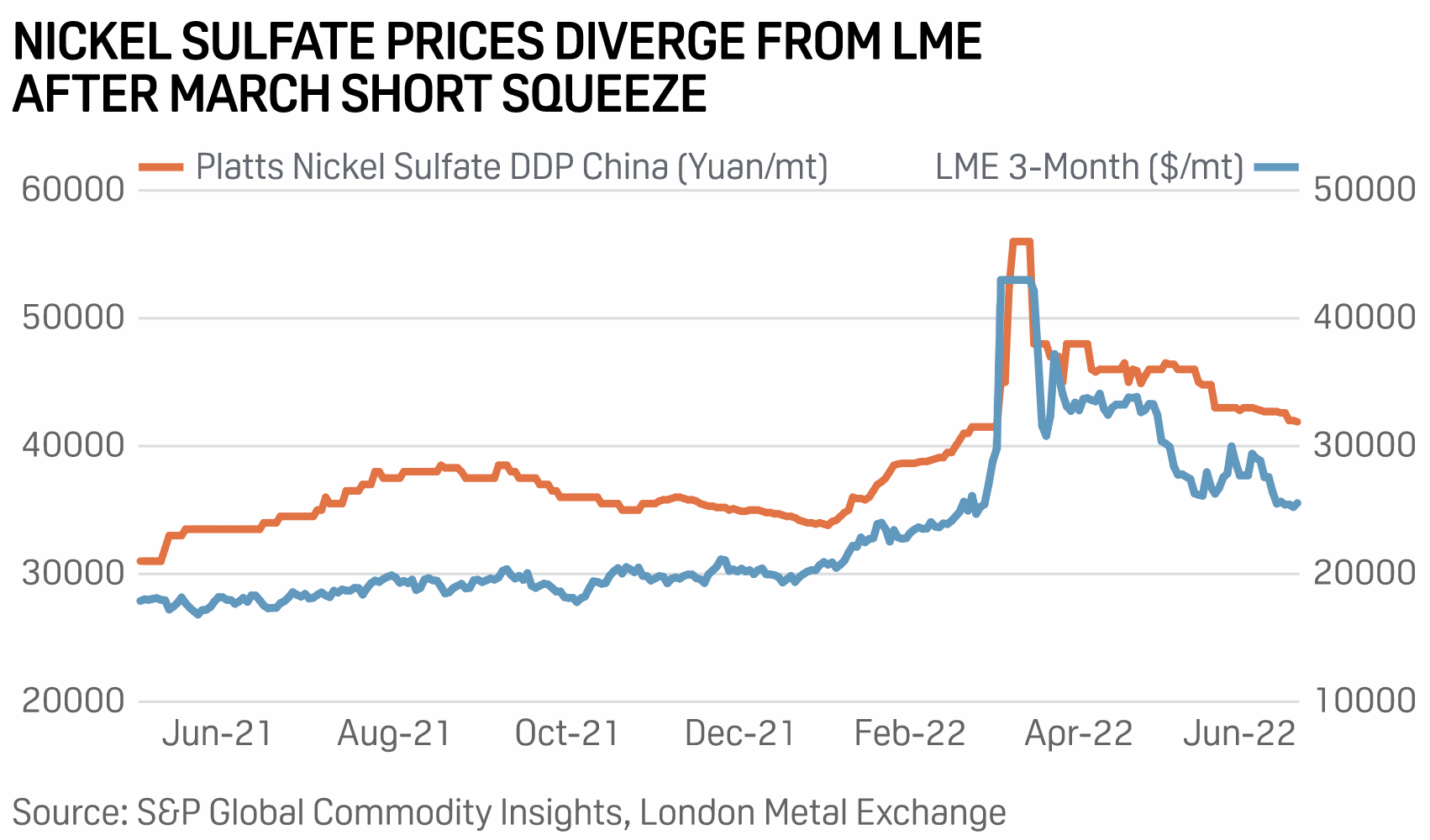 Three months after a historic short squeeze on the London Metal Exchange, which sent nickel prices soaring past $100,000/mt, the LME is back in the spotlight. This time it's facing two lawsuits, a complaint and a membership cancellation over the situation. Many market participants have openly voiced their concerns and dented trust in the exchange, with hedge funds and trading houses leading the way in reducing nickel positions or backing out entirely.

Innovations in the payments world continue with the advances in Buy Now Pay Later (BNPL). It’s beloved by a new generation of online shoppers and big step from the layaway plans of old. Associate analyst McKayla Wooldridge joins host Eric Hanselman to delve into its appeal and look at recent study results that show both positive and negative angles for consumers and merchants. The latter want increased purchasing volumes, but the former are concerned about refund complexities and hidden costs.