Wheat in a Time of War

On Aug. 1 the bulk carrier Razoni, flying under the flag of Sierra Leone, departed Ukraine’s Port of Odesa carrying a grain shipment. According to the Ukrainian government, the Razoni was the first such ship to leave the country under a deal between Russia and Ukraine, brokered by Turkey and the U.N., to ease global food prices. Despite the agreement, volatility remains high for agricultural markets.

Grain markets follow a “marketing year” calendar that runs from July through June. According to S&P Global Commodity Insights, in the marketing year 2021-2022, Ukraine accounted for nearly 10% of global wheat exports. However, since the Russian invasion began Feb. 24, the Russian navy has blockaded the Black Sea ports that Ukraine relies on to export its grain. For the current marketing year, Ukrainian wheat exports are down 53.2% year over year due to the blockade, affected farmland and destroyed farming equipment.

Russia’s attack on Odesa the day the agreement was signed has prompted skepticism that Ukrainian wheat exports will reach prewar levels in the near future.

"The nature of trusting Putin is beyond me,” Kenneth Scott Zuckerberg, lead analyst and senior economist with CoBank's Knowledge Exchange division, said in an interview with S&P Global Commodity Insights. “The deal was signed, and the missiles got fired. If you need any other indication of 'proceed with caution or a banner to proceed with caution' about what one's assumptions are, I think that's a very good situation."

Ukraine is also one of the world's top suppliers of sunflower oil and corn. While there are many causes of food inflation globally, including an increase in Chinese demand, production problems and supply chain issues, the disruption of export flows from Ukraine and Russia is a significant factor in higher food prices. According to the U.N.’s Food and Agricultural Organization food price index, global food prices are up 33.6% year over year. This inflation doesn’t just hit wheat and grain markets; input cost inflation for all agricultural products is near record highs.

With these high prices, the U.S. and Canada have taken steps to increase the production and export of wheat. While the majority of the U.S. annual harvest is winter wheat, the country has increased its spring wheat production by 53.8% in 2022. Canada’s wheat exports are expected to jump from 7.7% of the global total in 2021 to 12% this year.

But a new analysis by S&P Global Commodity Insights shows that unpredictable weather may counteract the production increase. The climate pattern known as La Niña is projected to continue beyond mid-2022, leading to uncertainty around crop supply.

Looking ahead, CoBank’s Zuckerberg refrained from predicting an end to agricultural market volatility. The analyst said that 2023 “is a year where we have a lot of asterisks, you know, markings that things can change. Things could be worse, and we are very, very cautious about the outlook.”

Today is Tuesday, August 9, 2022, and here is today’s essential intelligence. 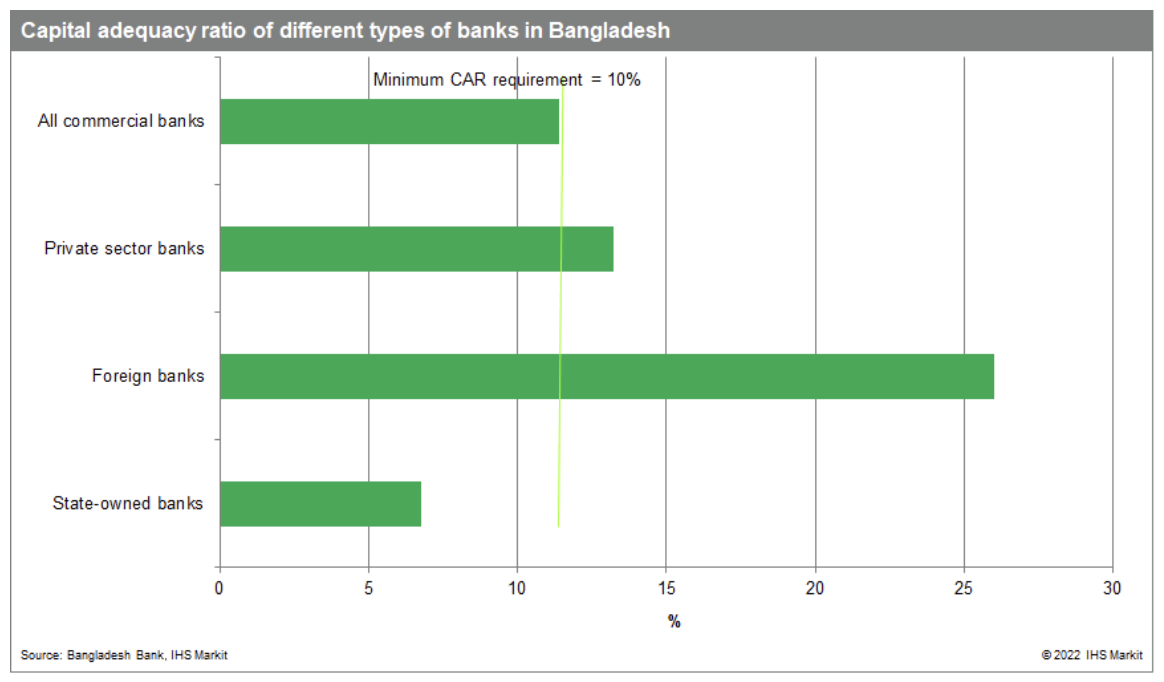 Bangladesh government has sought a USD4.5 billion loan from the IMF to support its budget and current account deficit. This will suggest that capital injection into state-owned banks will not be forthcoming in 2022 at the very least. State-owned banks in Bangladesh already have a lower-than-required level of capital adequacy ratio at 6.8% in March 2022, and an increasing shortfall in bad loan provisioning. 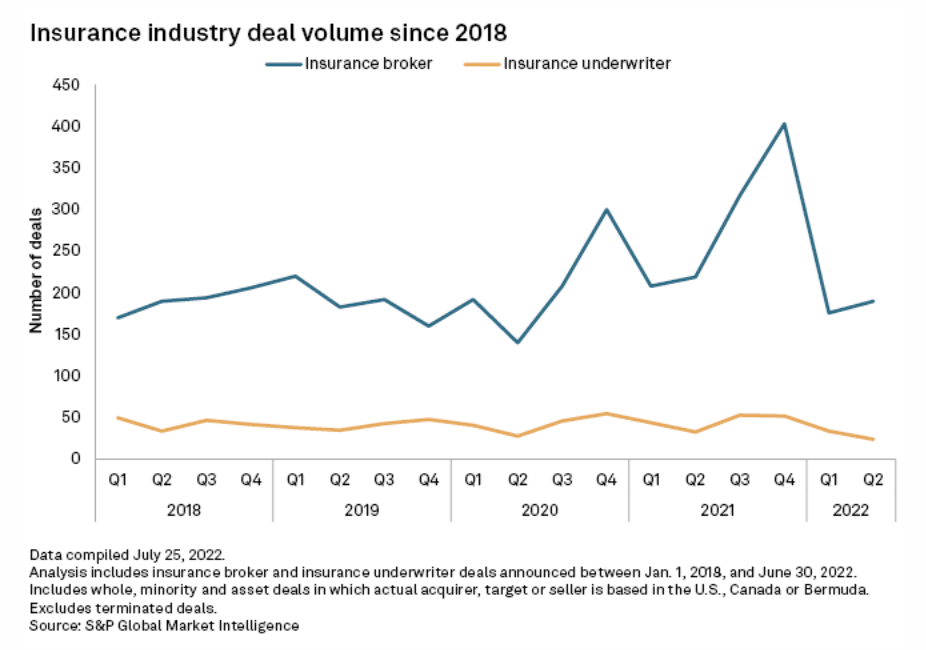 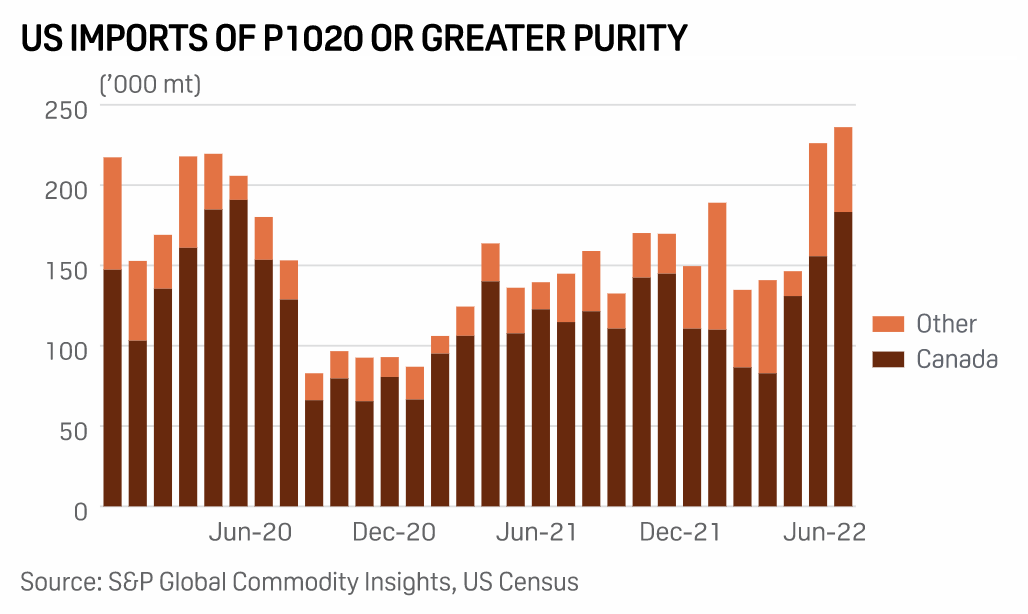 Carbon Pricing, In Various Forms, Is Likely To Spread In The Move To Net Zero 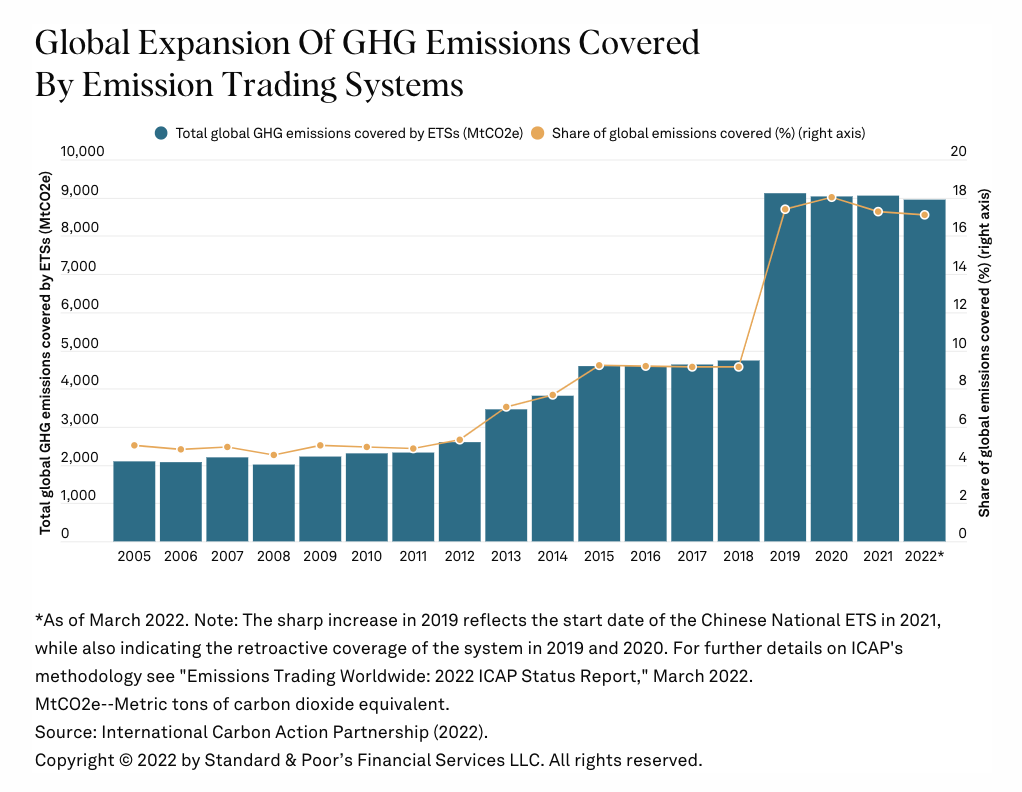 Government policies seeking to transition economies to net-zero emissions are likely to increase globally, amid the urgency of mitigating climate change impacts. These are likely to include some form of carbon pricing regulations, one of the policy levers that we have observed being used by some governments as they aim to achieve emissions abatement targets. Many economists argue that carbon pricing policies are one of the most efficient policy levers to encourage reductions of GHG emissions.

German Coal Ramps Up To Highest Since March, Gas Dips Below Average 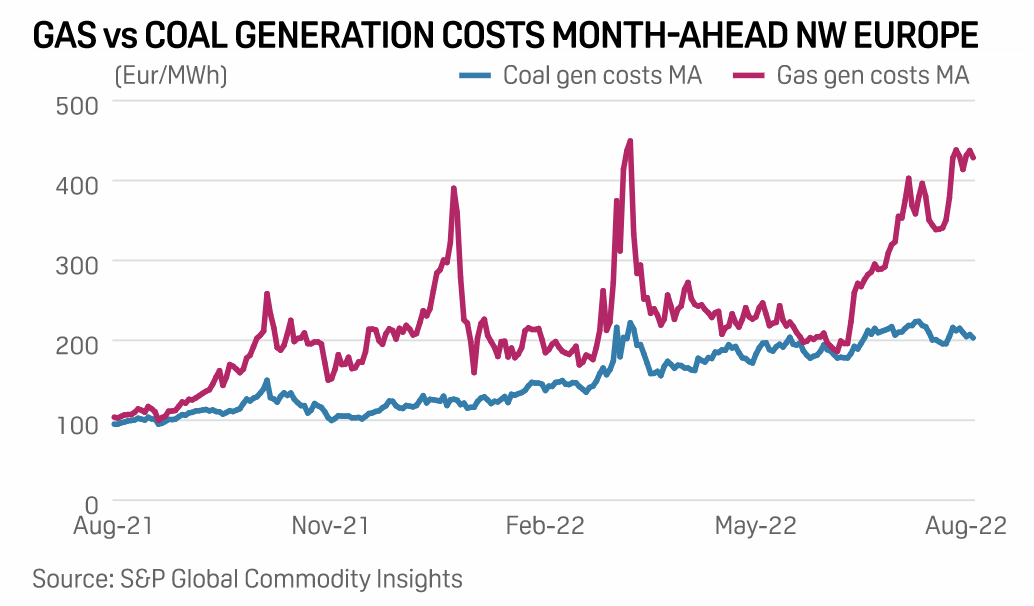 German hard-coal-fired generation ramped up to the highest weekly average since March for the first week of August, while gas generation fell sharply after reaching a six-month-high in July, transmission operator data aggregated by Fraunhofer ISE showed Aug. 8. Hard-coal output averaged 6.36 GW for Week 31 (Aug. 1-8), up 21% week-on-week, while gas fell 24% to 4.26 GW.

Looking ahead, Warner Bros. Discovery Inc. will push its streaming ambitions ahead with a product that combines content from HBO Max and discovery+. Jean-Briac Perrette, president and CEO of Discovery Streaming and International, said the single service will bow in the U.S. in the summer of 2023, followed by Latin America later that year. It will launch in European and Asia-Pacific markets in 2024.