After countries around the world manage to contain the coronavirus, they’ll be faced with another challenge: stabilizing their debt.

“So far, the combination of monetary and fiscal policy employed to combat the pandemic has been effective in providing the support needed to avoid an even larger economic collapse, and has supported the stability of the majority of our sovereign ratings,” S&P Global Ratings said in a new report. “For these policies to continue to work—and provided the vaccines work as expected, even against new variants of the virus—the return to sustainable economic growth is paramount. This is because a return to growth will make the adjustments that are needed to stabilize or even reduce debt a lot more feasible.”

Asia-Pacific sovereigns will likely maintain the unprecedented levels of debt reached last year, when they borrowed $4.6 trillion. S&P Global Ratings projects economies in the region to issue $4.1 trillion in debt this year.

Across both North and South America, gross commercial borrowing is likely to climb more than 30% from last year, to $5.873 trillion, according to S&P Global Ratings. The U.S. and Canada account for the majority, an anticipated $5.4 trillion, while the gross commercial debt of the 28 Latin American and Caribbean sovereigns, excluding Venezuela, that S&P Global Ratings rates, is projected to accumulate at $458 billion, marking a 5% year-over-year decline.

In the U.S., government debt has increased to 100% of GDP, but "one hundred percent is not what we thought it was," Joe LaVorgna, the former White House chief economist in the Trump Administration and former Americas chief economist for the asset manager Natixis, told S&P Global Market Intelligence. "Markets don't care, because rates are so low, and even lower in Europe.”

The outlook for Europe, the Middle East, and Africa is mixed. The 30 developed economies in the region that S&P Global Ratings rates are expected to borrow $1.4 trillion in gross long-term commercial paper this year—a $217 billion year-over-year decline—while emerging market sovereigns in the region will likely see a year-on-year increase of $288 billion, to total $3.2 trillion, in commercial debt by year-end.

“By our estimates, the global economic recovery and gradual withdrawal of emergency fiscal stimulus will cut sovereign net borrowing needs in 2021 by around two-fifths to $5.8 trillion, or 6.5% of global GDP. However, this will still be substantial in a historical perspective—average global net issuance in the three years pre-COVID-19 was just 2.8% of GDP,” S&P Global Ratings said. “As a result, by end-2021 we project that the commercial debt stock of all sovereigns we rate will rise by 10% from 2020 to reach a record of $67.5 trillion.”

Today is Wednesday, March 3, 2021, and here is today’s essential intelligence. 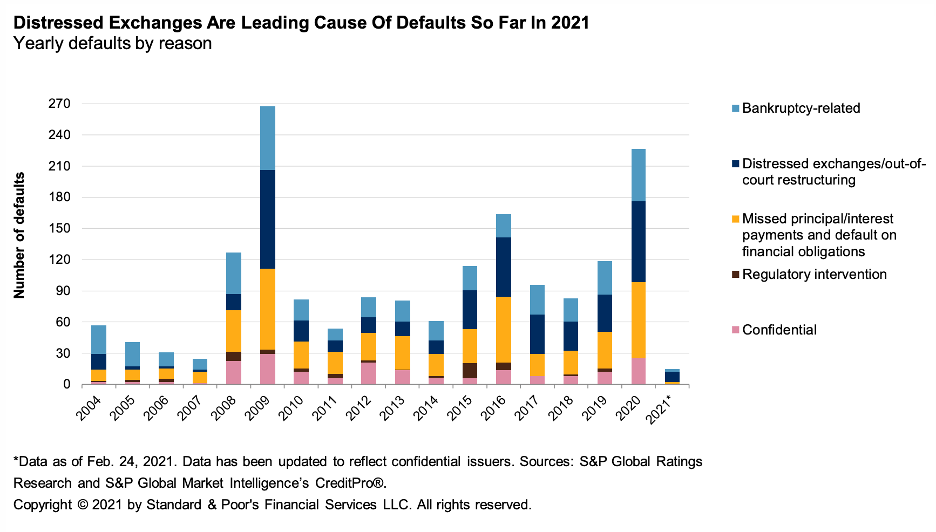 The global corporate default tally has increased to 14 after three issuers defaulted since S&P Global Ratings’ last report. With these additions, defaults from distressed exchanges have reached 10 (about 71% of total defaults), continuing the trend seen in the last two quarters of 2020. 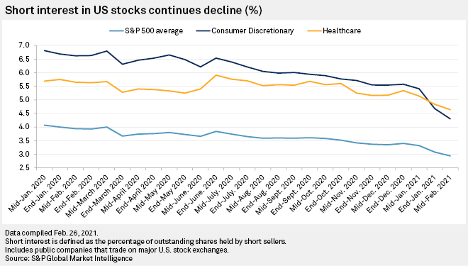 As of mid-February, the percentage of outstanding shares of S&P 500 constituent companies held by short-sellers averaged 2.94%, down 100 basis points from 3.94% in mid-February in 2020, according to the latest S&P Global Market Intelligence data.

Brazilian merchant pig iron prices escalated by more than $300/mt since the beginning of the coronavirus pandemic, while export volumes surpassed 10-year highs on the back of emerging Chinese demand and elevated iron ore prices.

Hong Kong and Singapore, Asia's most established financial centers, are taking very different approaches to blank-check companies, alternatives to traditional IPOs that are gathering steam in the region where takeover targets are plentiful. 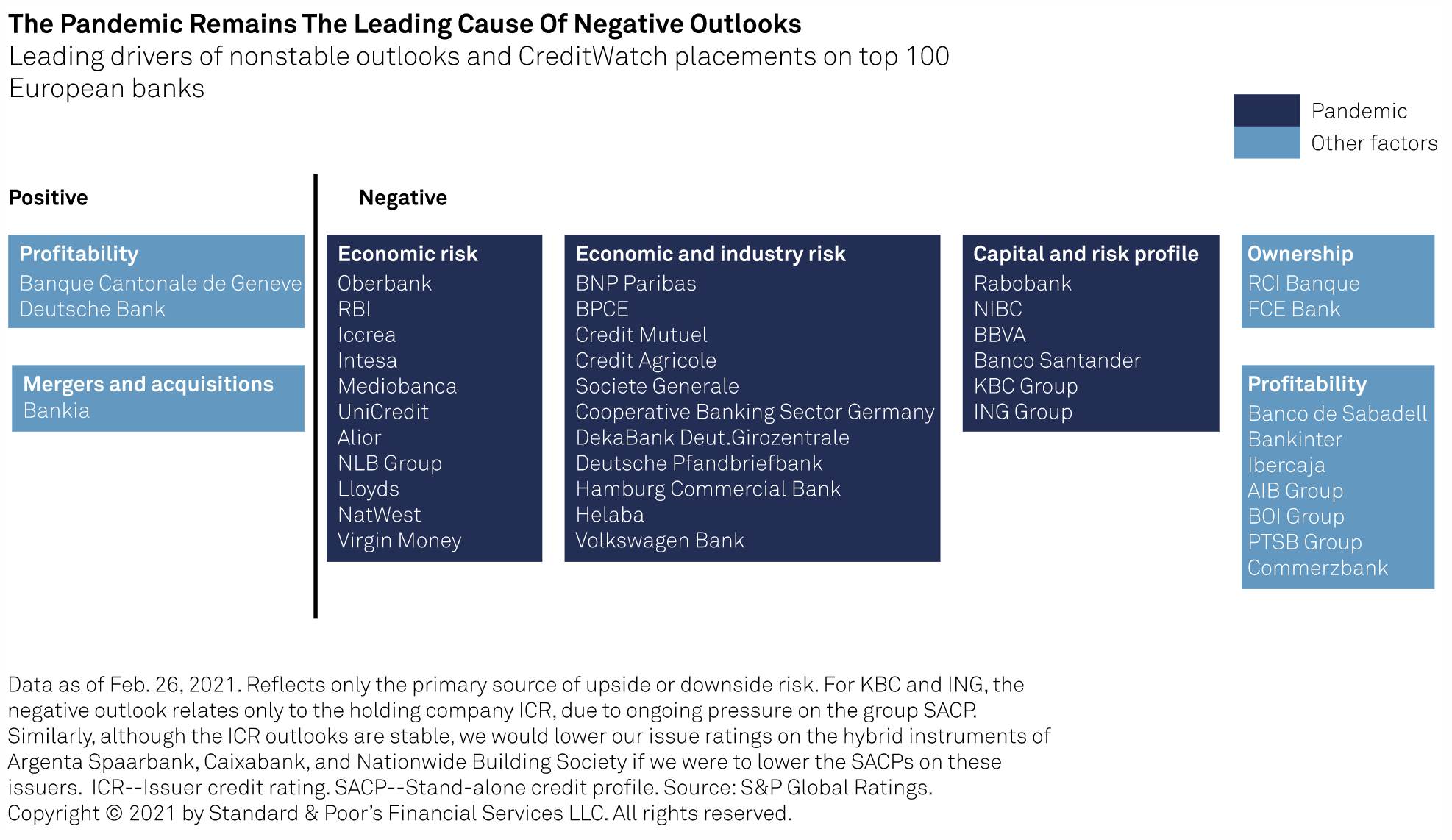 S&P Global Ratings has taken diverse rating actions on six large European banks following a review of their likely balance sheet resilience in the face of the pandemic, as well as their medium-term profitability outlook.

Cyber Risk In A New Era: Let's Not be Quiet About Insurers' Exposure to Silent Cyber 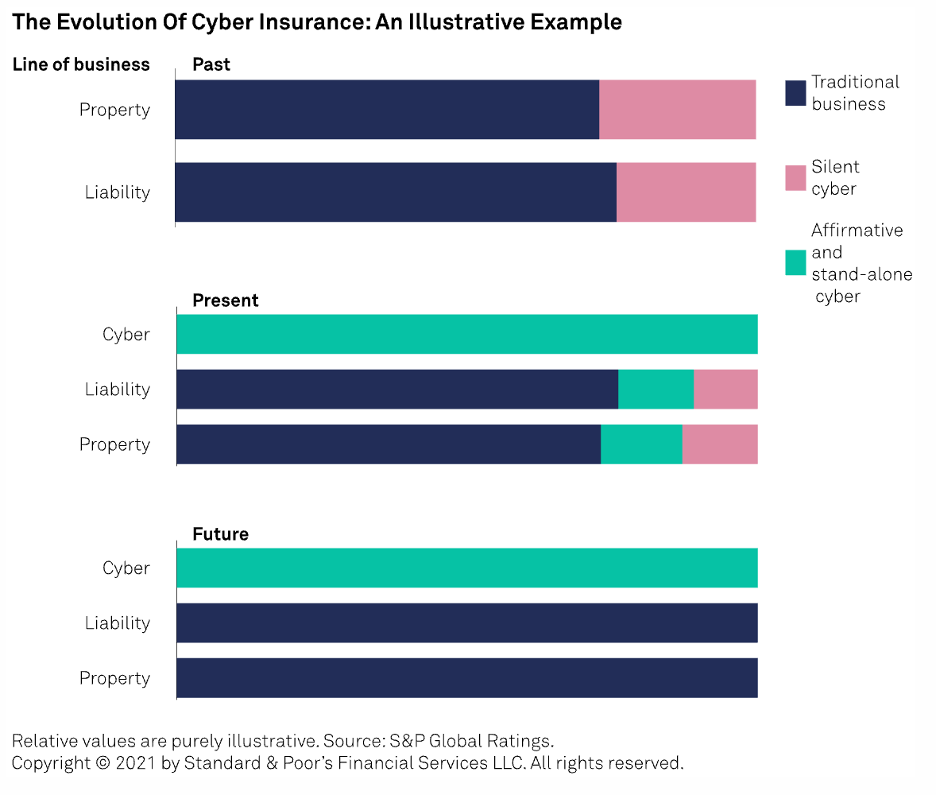 Cyber attacks are on the rise, as are the financial losses that can follow in their wake. Yet the cyber insurance market is underdeveloped, and cyber cover is often tacked onto existing liability or property insurance policies that were not originally intended to cover cyber risk. 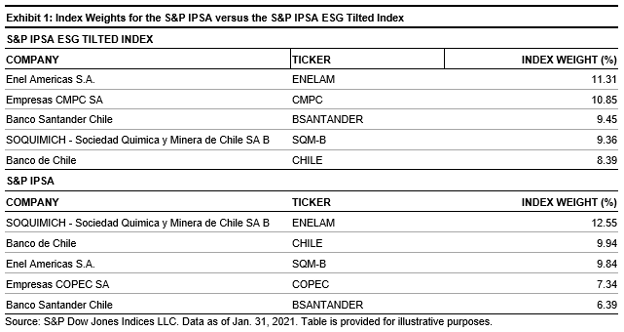 When investors think of sustainability, what often comes to mind first are progressive companies headquartered in Nordic nations, France, or Switzerland—but this is a dated view.

ESG has a new fan. The early weeks of 2021 have seen the Russian banking sector show love for the ethical investment philosophy that is slowly transforming the global financial sector.

Having a price on carbon is "absolutely" essential to Spanish oil major Repsol's strategic plan to hit targets on the path to net-zero emissions 2050, a company official said March 2.

Thailand's Precious Shipping Public Company Limited is on track to curb its carbon footprint, with the company already achieving 9.941 grams of CO2 emitted per ton-mile of cargo carried, while also mulling over zero-carbon marine fuels such as ammonia for its fleet, after successfully transitioning to the International Maritime Organization's global sulfur limit mandate, managing director Khalid Hashim said. 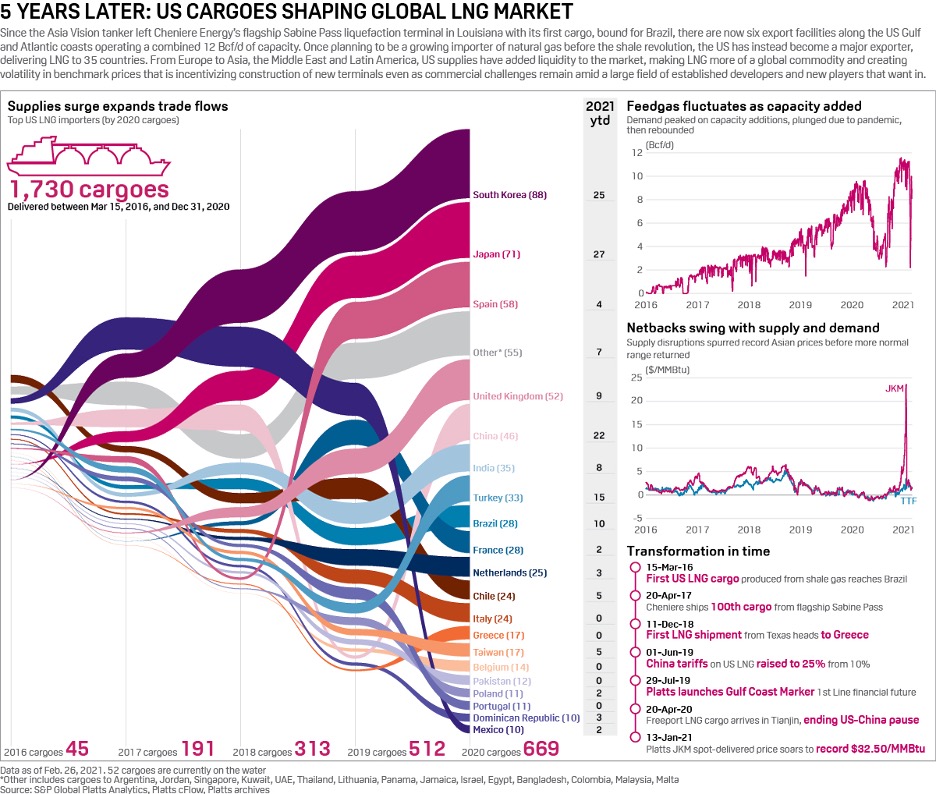 Since the Asia Vision tanker left Cheniere Energy's flagship Sabine Pass liquefaction terminal with its first cargo, bound for Brazil, there are no six export facilities along the U.S. Gulf and Atlantic coasts operating a combined 12 Bcf/d of capacity.

Vietnam is poised to actively venture into Africa to secure a regular dose of light and medium sweet crude supply for the coming years, as the country's domestic crude production continues to decline due to naturally aging fields, while state-run Binh Son Refining and Petrochemical, or BSR, finds Nigerian and Angolan grades cheaper than Southeast Asian oil.