Expectations of new stimulus measures to counteract the coronavirus pandemic’s impact on the U.S. economy are swelling. If implemented, U.S. President Joe Biden’s proposed $1.9 trillion economic aid package is intended to accelerate the country’s recovery and propel U.S. GDP to its pre-pandemic levels.

“In our analysis, President Joe Biden's proposed $1.9 trillion stimulus package brings U.S. GDP back to precrisis levels by second-quarter 2021, one quarter sooner than our $1 trillion base case. The boost is demand-driven and temporary, with GDP decelerating to trend growth by 2023,” S&P Global Ratings Chief U.S. Economist Beth Ann Bovino said in a report this week. “Additional stimulus lowers our estimated risk of recession over the next 12 months to 20%-25%, near the bottom of the range (from 25%-30% estimated in December).”

Notable components of the proposed package include disseminating direct payments of $1,400 per person, additional unemployment benefits, rent relief, food assistance, small-business support, direct spending on a national vaccination program, and aid to state and local governments. The package could also include mandate to permanent increase the minimum wage to $15 and boost incentives to support the transition to renewable energy.

This week, Democrats worked to clear the path forward to write and legislate the relief bill without pushback from Republican lawmakers. If the relief package passes, "the expectation is that there will be an uplift in consumer discretionary spending," Ed Mills, a Washington policy analyst with the investment banking firm Raymond James, told S&P Global Market Intelligence.

More than two-thirds of Americans, across party lines, are in favor of President Biden’s proposal, according to Quinnipiac University’s latest nationwide poll released on Wednesday. Nearly 80% of Americans support the $1,400 payments, and more than 60% back the idea of a $15 minimum wage.

"This is really an urgent need, and we need to act big” because "we've got some tough months ahead before we get control of the pandemic,” Treasury Secretary Janet Yellen said on Feb. 4 in an ABC interview. America faces “an economic crisis that is as serious as I have seen in my lifetime,” she added.

Many GOP lawmakers have expressed opposition to the amount of the stimulus checks and have suggested reducing the amount to less than $1,400 and the scope of individuals to whom they are sent. Republicans have also denounced the package due to the potential impact on the U.S. debt.

“Our national debt is now larger than the size of our entire economy for the first time since World War II,” U.S. Senate Republican Leader Mitch McConnell, of Kentucky, said addressing the Senate on Feb. 4. “It will not serve Americans to pile another huge mountain of debt on our grandkids for policies that even liberal economists say are poorly-targeted to current needs.”

Many economists have expressed a preference in the immediate term for economic relief for unemployed Americans over deficit concerns.

"In terms of pushing the economy to pre-pandemic levels, this will certainly help achieve that even faster than predicted … The downside risk, however, is it renews concerns about the government debt that climbed quite rapidly over the past year. That's a longer-term concern,” Erik Lundh, senior economist for the business-funded research group Conference Board, told S&P Global Market Intelligence. “2020 was all about managing the downside risk, and how bad is it going to get … I would rather be on the flip side of that, and that is what I am looking at in 2021—how much are we going to recover? Seeing a big number like this [$1.9 trillion] makes one a little more optimistic over the next 11 months."

Today is Friday, February 5, 2021, and here is today’s essential intelligence.

Economic Research: Asia, We Have A Demand Problem 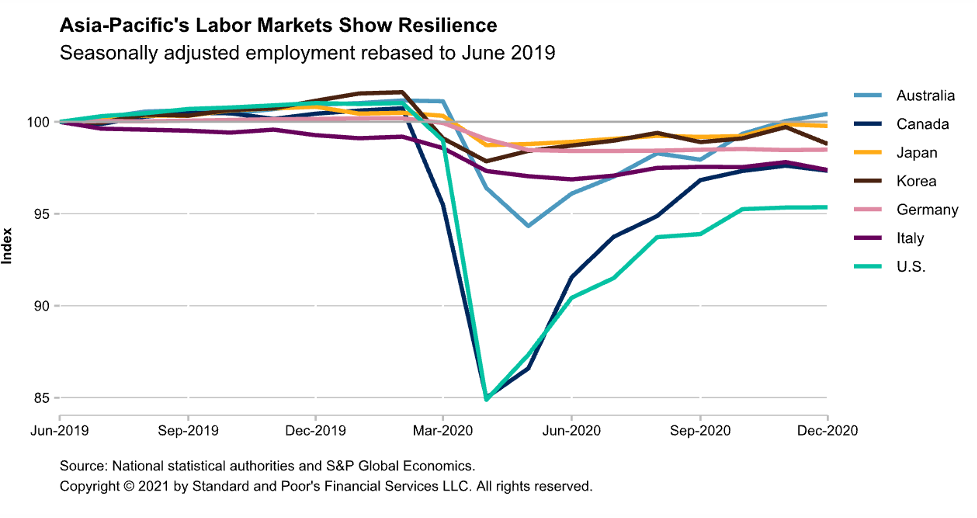 Asia is not leading the global demand recovery. The rest of the world is helping the region dig itself out of an economic hole.

The stark divide in access to vaccines to combat the pandemic underscores structural problems in the developing world, and in Africa in particular, where there are significant barriers to financing the procurement of life-saving inoculations, according to industry players. Shortfalls in both funding and supply are also creating opportunities for China and Russia to export their vaccines to Africa as they seek to strengthen commercial and political relations with the continent. In this edition of Fixed Income in 15, Joe Cass is joined by David Kelly, Chief Global Strategist at JP Morgan Asset Management and our Global Head of Practices Craig Parmelee.

—Listen and subscribe to Fixed Income In 15, a podcast from S&P Global Ratings 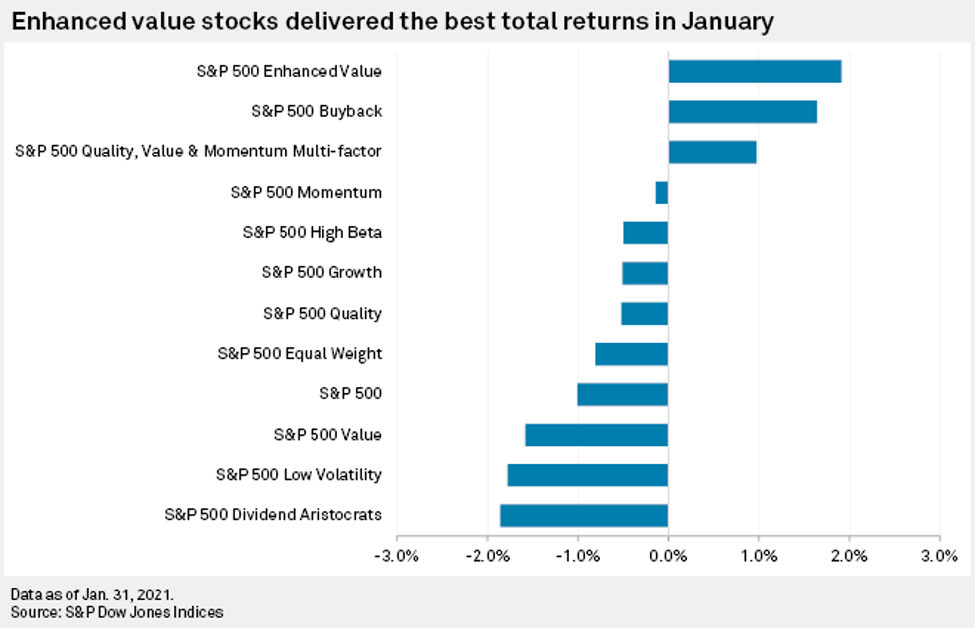 Having been comprehensively outperformed by growth stocks for much of 2020, the outperformance of value in the fourth quarter continued in January. 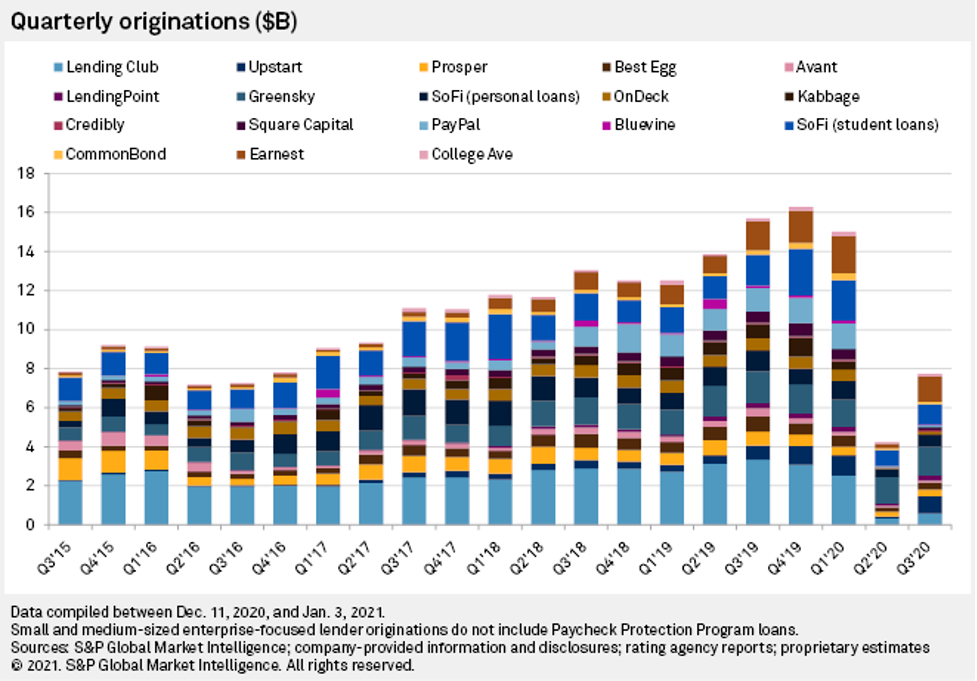 S&P Global Market Intelligence expects U.S. digital lender origination volumes to jump more than 20% per year over the next few years as the companies that weathered the initial shock of COVID-19 begin competing again for market share.

Although Japanese megabanks have beat their full-year earnings target by the end of the fiscal third quarter, they are maintaining their full-year estimates for now, citing an uncertain outlook of loan-loss provisions as the pandemic lingers.

In a year dominated by a global health disaster that no one saw coming, 2020 also notched a record that virtually no one could have predicted: Tech M&A spending last year soared to its highest level since the dot-com collapse. 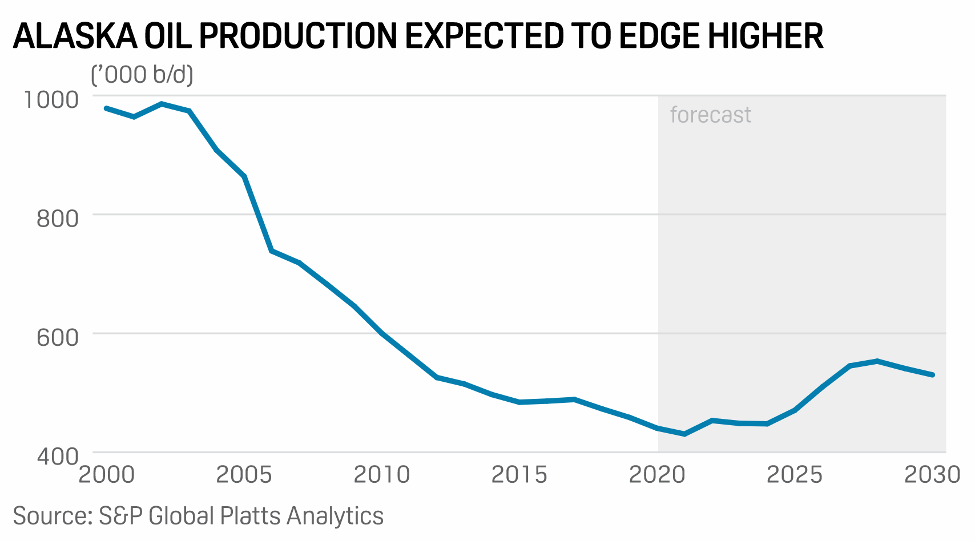 New upstream projects under development on federal lands in northern Alaska will not be immediately affected by the Biden administration's executive order pausing oil and gas approvals, but expansions of those projects could be impaired, according to state Commissioner of Natural Resources Corri Feige.

Permitting activity for shale gas wells in Pennsylvania grew 19% year over year in January with less of a share of new permits going to the state's top five producers, according to the latest data from the state's Department of Environmental Protection.

Due to the ongoing grip of the coronavirus pandemic and its eventual aftermath, it might take years before U.S. energy consumption matches 2019 levels, while renewable power will continue to capture greater shares of total generation, according to a report issued by the U.S. Energy Information Administration on Feb. 3.

The price of aviation fuel dropped to record lows at the start of the coronavirus pandemic. In this podcast, Platts reporters Emma Thomas and Chris Ewen tell Joel Hanley of the fuel's faltering steps back to a more normal market environment, while COVID-19 remains a threat.