As the outlook for the economic recovery from the COVID-19 crisis brightens, market participants are closely watching the shape and speed of the rebound. While many are concerned about the risk of rapidly rising inflation as the Treasury yield curve steepens, commodity prices surge worldwide, and stimulus money fills U.S. consumers’ pockets, such fears may be misplaced.

“We think inflation fears are overblown and that orderly reflation, around a return to sustainable growth, is a healthy development for both macro and credit outcomes. The recent rise in U.S. Treasury yields, and its spillover into corporate bond yields, indicates greater confidence in a sustained economic recovery, including a normalization of both market functioning and risk pricing,” S&P Global Ratings Chief Economist Paul Gruenwald and Global Head of Research Alexandra Dimitrijevic said in a recent report. “As we emerge from the first pandemic-driven economic and financial shock in over a century, it is important to distinguish desired outcomes from legitimate risks.”

U.S. inflation will likely increase in the near-term to above 2%—but will prove transitory, rather than the runaway highs many investors have expressed concern about—amid robust consumer spending and demand for goods and services, according to S&P Ratings Chief U.S. Economist Beth Ann Bovino. Dr. Bovino doesn’t expect the Federal Reserve to increase interest rates from their current near-zero position until the third quarter of 2023.

“Looking ahead to the next two to three years, most U.S. corporate sectors expect the current pressure to moderate, as pandemic-related disruptions lessen, the economic recovery unfolds, and productivity and efficiency continue to improve,” Dr. Bovino said in a recent report. “The path of inflation is anchored by long-term inflation expecations. Globalization, the gig economy, and the Fed’s policy response framework are likely to continue playing outsized roles in forming such expectations.”

The U.S. central bank, like others around the world, has played an outsized part in securing the country’s economic response to the coronavirus pandemic. While the path forward for the Fed may be complicated as it redefines its role in supporting the economy without undermining market stability, the central bank has indicated an openness to a temporary increase in inflation. As uncertainty abounds, that approach could be tested once the U.S. economy enjoys the full benefits of the $1.9 trillion fiscal stimulus and widespread vaccinations.

"We seek inflation that is modestly above 2% for some time," Fed Chairman Jerome Powell said during an appearance at the Economic Club of Washington, D.C., on April 14, according to S&P Global Market Intelligence. "That's our objective."

Recent market movements have called into question whether investors are either overlooking or overpricing inflation risk, according to S&P Global Market Intelligence. At the end of March, the benchmark 10-year Treasury yield traded as 1.74%, at its highest level seen since January of last year. This month, however, the bond’s yield dropped to 1.56% on April 15, from 1.73% on April 5. Outside of the bond market, analysts worry that the roaring bull market seen in equities could be dragged down if inflation becomes unanchored.

"Investors should recall that often the bond market has over-reacted and over projected inflationary outcomes over the last 12 years … only to invariably come to its senses when it recognizes that the run-up in yield has taken it to levels not justifiable based on where inflation actually lands," John Stoltzfus, managing director and chief investment strategist with Oppenheimer Asset Management, told S&P Global Market Intelligence.

Today is Tuesday, April 20, 2021, and here is today’s essential intelligence. 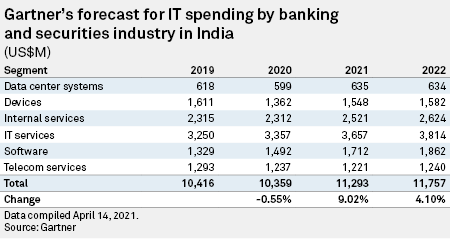 Indian banks need to step up spending on technology as more customers shift to digital channels, straining their IT systems that have often been found to be lacking, including a series of glitches at the biggest private sector lender in the country that invited a rare rebuke from the regulator.

Danske Bank's CEO change 'embarrassing' but timing could have been worse

The resignation of Danske Bank A/S CEO Chris Vogelzang in the middle of its transformation program came as a great surprise to market observers. That it was caused by money-laundering suspicions is in particular an embarrassment for the Danish bank, according to one analyst, given it originally brought in Vogelzang to repair its image after a dirty money scandal. 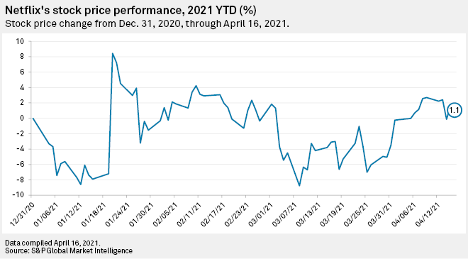 Netflix Inc. has a history of trading wildly around its earnings, and with first-quarter results ready to drop April 20, investors and analysts are champing at the bit. The vast majority of sell-side analysts have "buy" ratings pinned on the ticker, according to S&P Global Market Intelligence, even though the company's shares surged about 67% for the full year 2020. Analysts say the company came out of the pandemic well positioned financially and primed for further growth.

The number of global internet outages increased 16% in the week of April 10, ending a downward trend that began in end-February, according to data from ThousandEyes, a network-monitoring service owned by Cisco Systems Inc. 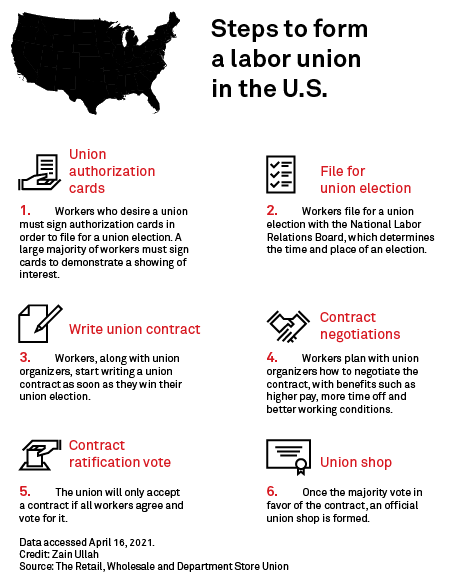 Big Tech companies are likely to see more organized labor initiatives from blue- and white-collar employees, despite a recent failed effort to form a union at an Amazon.com Inc. warehouse in Alabama, labor experts say. 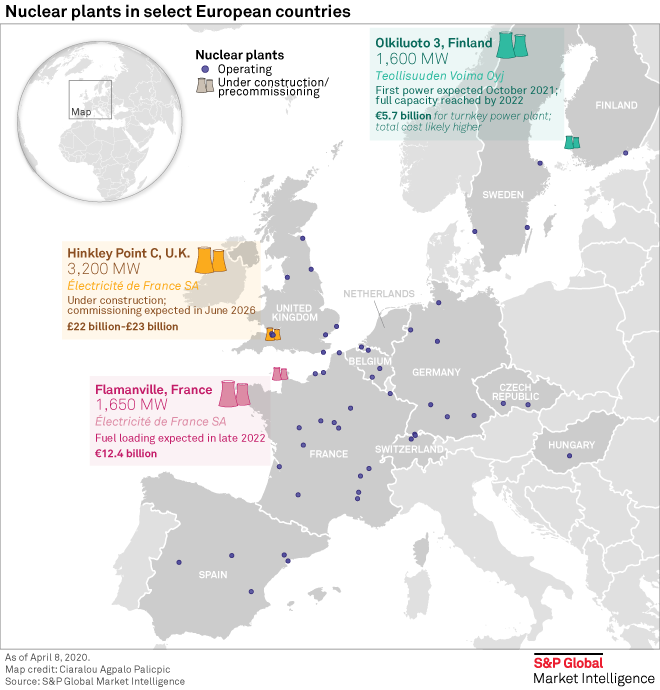 With its next generation of nuclear power plants, Europe is aiming to set new standards and herald a nuclear renaissance. But the economics of new nuclear are challenging and European countries have vastly different views on the technology.

It's Problem of Plenty For China Independents as Crude Stocks Swell

The appetite for near-term crude cargoes among China's independent refiners is likely to take a backseat as they struggle to first clear stocks that have piled up at the ports before signing on the dotted line for fresh feedstock inflows, casting a shadow on one of the few pockets of robust demand.

Argentina's oil production has been on the rise this year, recovering from the demand and price impacts of the coronavirus pandemic. Oil output climbed to 492,000 b/d in February, up from 446,000 b/d in May. While that was still down from 520,000 b/d in March 2020, market watchers appear confident that production will fully recover by the end of 2021. Argentina's current administration has been keen on boosting production, primarily from the Vaca Muerta shale play, which is said to hold roughly 1 billion barrels of oil -- but unlocking those reserves will require changes to Argentina's regulatory and tax environment, and a shift to transparent oil prices. S&P Global Platts talked with Maria Garcia, S&P Global Platts senior editor for Latin American crude, and Charles Newbery, Platts' Argentina correspondent, about what's happening.