A Different Kind of Bubble

Information Technology was the top-performing sector in 2020, up 44%, while Momentum (up 28%) was the second best-performing factor. These two results are reminiscent of the bubble we experienced two decades ago. But the Tech sector of today is not your father’s Tech sector. Similarly, we can analyze the market from a factor perspective and look at the characteristics of Momentum today versus in the late 1990s. In several respects, the differences outweigh the similarities.

First, the recent run-up in the S&P 500® Momentum Index is much less extreme than during the late 1990s, as we see in Exhibit 1. 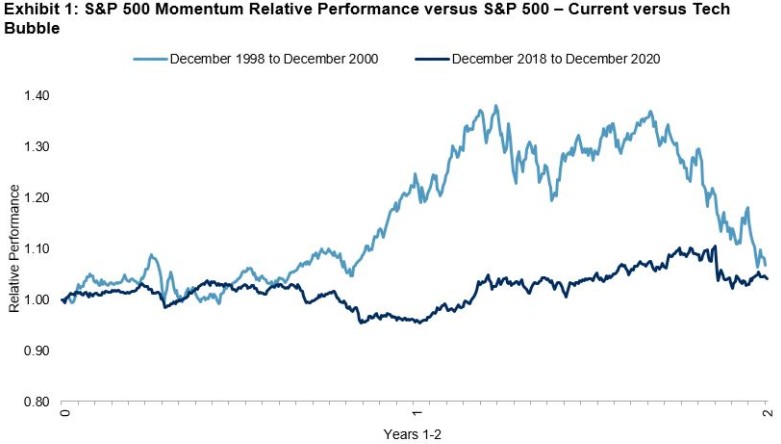 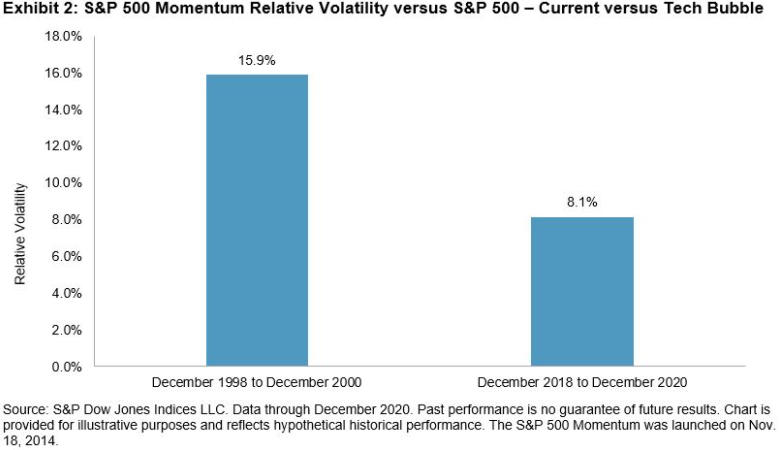 Finally, there are significant differences in the current factor exposures of Momentum relative to December 1999. Exhibit 3 shows that the S&P 500 Momentum Index consistently has a strong tilt toward the Momentum factor. Stocks with large cap and low value exposures were outperforming both in 1999 and currently, leading to their inclusion in the Momentum index.

In this era of mega-cap dominance and bubble-like euphoria, concerns about concentration naturally come to mind. Exhibit 4 illustrates that concentration in the S&P 500, measured by the cumulative weight of the five largest constituents, has increased considerably in the past year. The five largest stocks in the S&P 500 composed 20.2% of the total index by weight in December 2020, higher than the December 1999 levels of 16.6%. 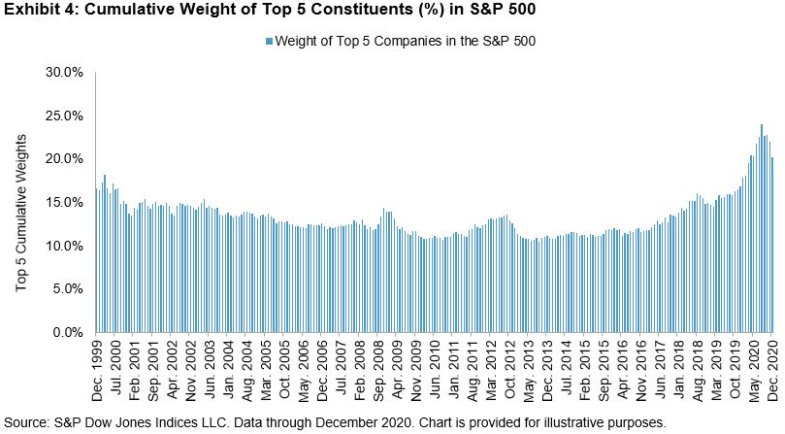 If indeed we are in the midst of a bubble, it is important to understand the differences compared to past ones. And while timing the end of a bubble is no small feat, we know that the market experienced a reversal in Q4 2020, with the comeback of smaller caps and Equal Weight. If these trends continue, then a subsequent decline in concentration and shift in the factor make-up of the market could be in the cards.