The U.S.-China trade war, expressed via tariffs of between 10% and 25% on $360 billion of bilateral trade have taken an increasing toll on trade between the two countries. There’s been a bigger impact so far on Chinese exporters. Aggregate exports from China to the U.S. having fallen 17.5% year over year in March, cutting the U.S. trade deficit with China to its lowest since Mar. 2014, as outlined in Panjiva’s research of May 9.

U.S. imports of products where duties of 25% were applied in July and August of 2018, known as list 1+2 goods, fell 33.1% year over year in March, Panjiva analysis shows. List 3 products, where 10% duties were applied in September, fell by 29.2% – an acceleration from 25.9% in February. As a control group all imports from China not subject to tariffs only fell 4.7%. 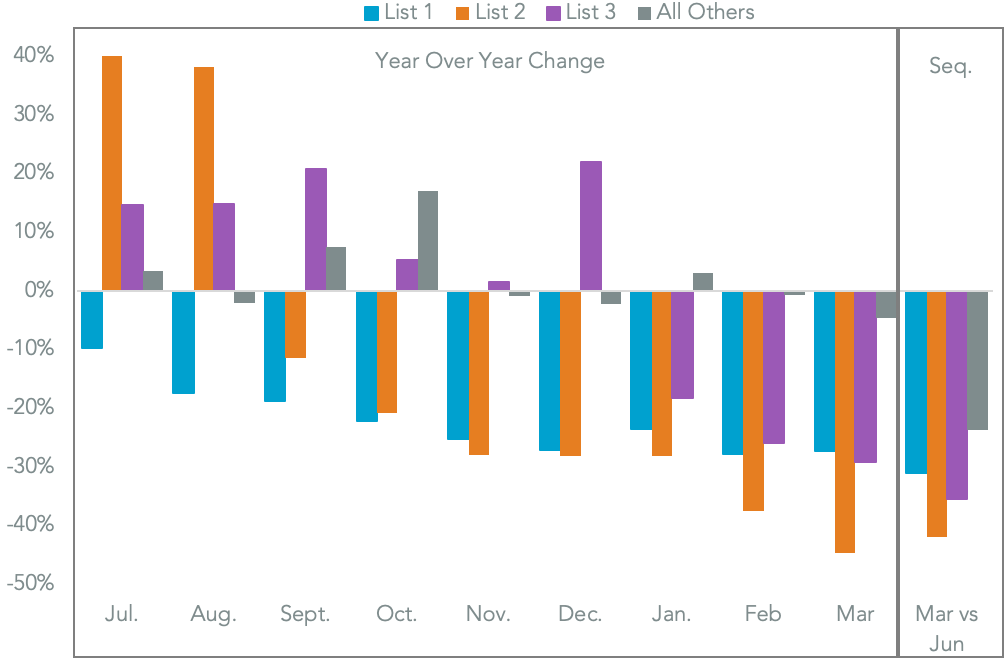 China’s retaliatory duties in the list 1+2 group are mainly commodities, with U.S. exports of those products having fallen by 35.5% – similar to that seen for the U.S. list 1+2 goods. U.S. exports of list 3 products however only fell 16.9%, suggesting the 10% duties have proven less effective.

In total China’s exports to the U.S. of products covered by tariffs fell $5.72 billion year over year in March while U.S. exports to China only fell $2.20 billion. In that regard China has technically “lost” the March round of the trade war.

Of course with a drop in bilateral trade of 28.4% year over year in the tariff-afflicted products both countries have lost out. Preliminary data from the Chinese government suggests more of the same occurred in April. 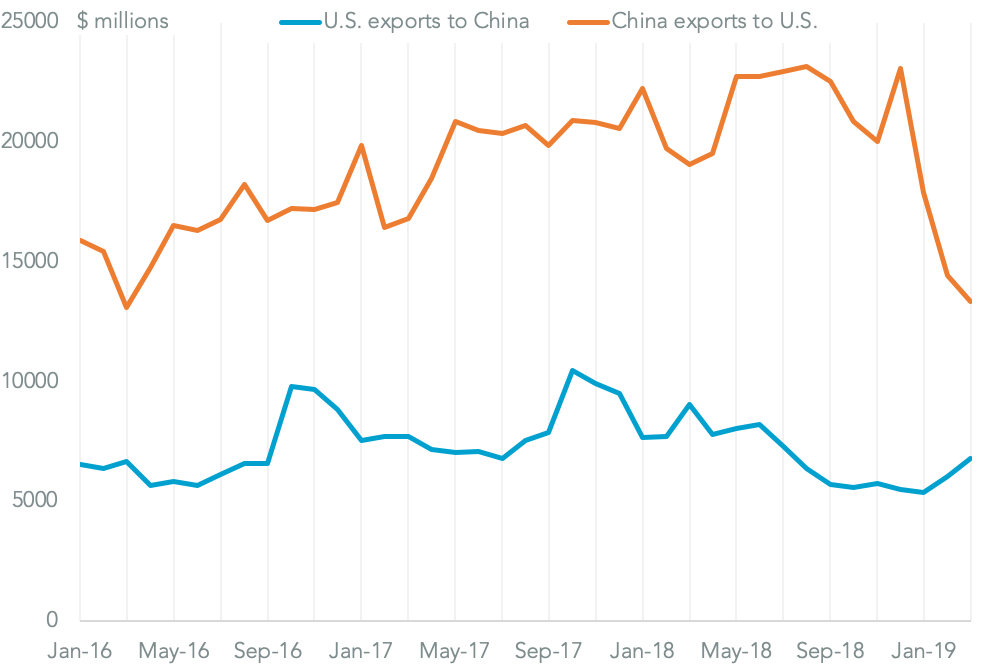 Chart segments bilateral trade in products where section 301, and retaliatory, duties have been applied since 2018. Source: Panjiva

The main drivers of the decline in U.S. imports from China are similar to previous months. The top three sectors included: computer components (HS 8473) where there was a 69.1% drop in imports Panjiva data shows, most of which have a 25% tariff applied, network devices including modems and routers (HS 8517.62) which fell 30.0%; and furniture (HS-94) which have fallen 21.3%.

Both network devices and furniture have only had duties of 10% applied so far. There’s a potential for further declines once tariffs are increased to 25%. Other list three products that may be particularly hard hit include those that have seen an increase in imports in March compared to a year earlier. 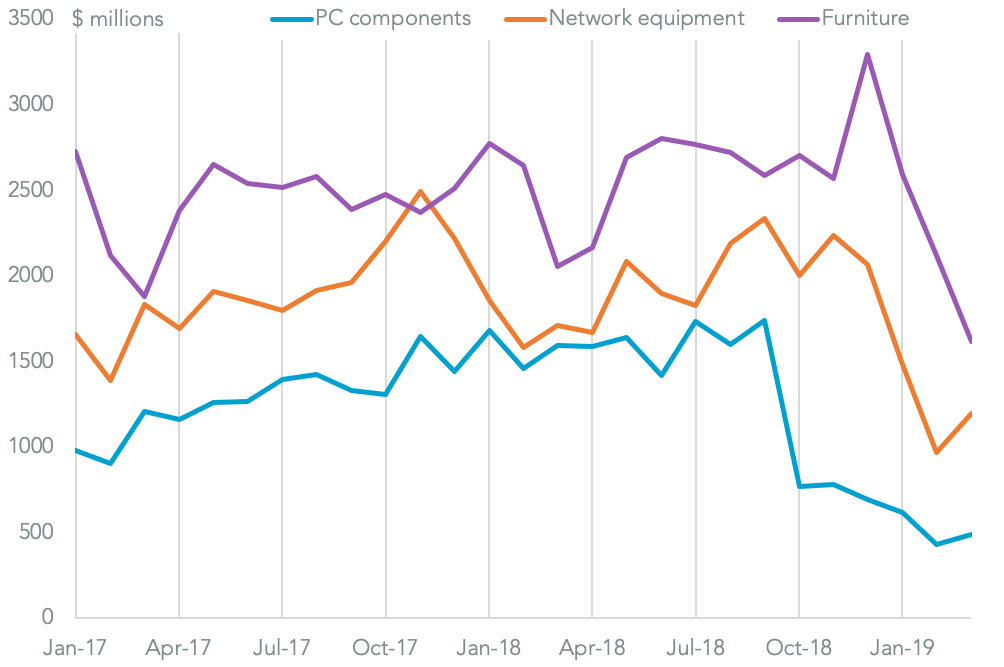 Chart segments U.S. imports from China in products where section 301 duties have been applied since 2018. Source: Panjiva