Cannabis: Hashing Out a Budding Industry

The Cannabis industry has experienced a remarkable growth in its market size in the past several years. As an industry of interest from both a legal and business opportunity perspective, many on-lookers are drawn to the burgeoning possibilities. The size of the market has grown exponentially recently as a result of softening regulatory acts from individual U.S. states, primarily as research continues around the potential medical benefits. Starting with the legalization of medicinal marijuana in California in 1996, an increasing number of states have approved it for both medicinal and recreational use. As a result of these legal changes, the industry is a prime focus for M&A transactions and investments even while it’s retains its classification as a Schedule 1 drug / substance.

As part of the M&A webinar series hosted by S&P Global Market Intelligence, on September 19th a panel of experts provided context surrounding the cannabis industry from a market share, legal, healthcare, and M&A perspective. According to the 2019 Marijuana Business Factbook, the combined recreational and medicinal sales of Cannabis reached $8.6-10.0 million total in 2018. This figure is projected to increase substantially the next 5 years to an estimated total of $25.0-30.4. This high growth is attributed to occur primarily in recreational sales: 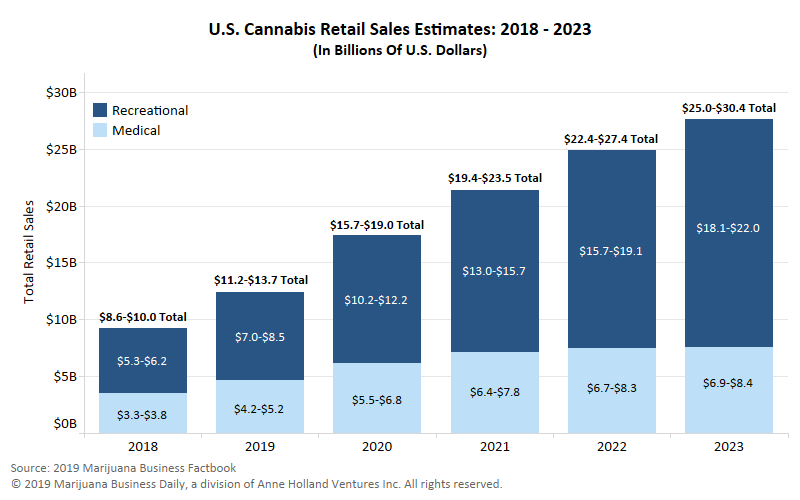 The growth of the industry is can be largely credited to the growing total addressable market of potential customers. This may be a reason for higher M&A deal premiums in this industry, especially in relation to other sub-sectors within the Consumer sector. Interestingly, the higher premiums are not deterring activity within this space. Activity has risen in spite of these premiums, as the cannabis sub-sector has grown substantially from 2017 to 2018 based on the transaction data pulled from S&P Capital IQ: 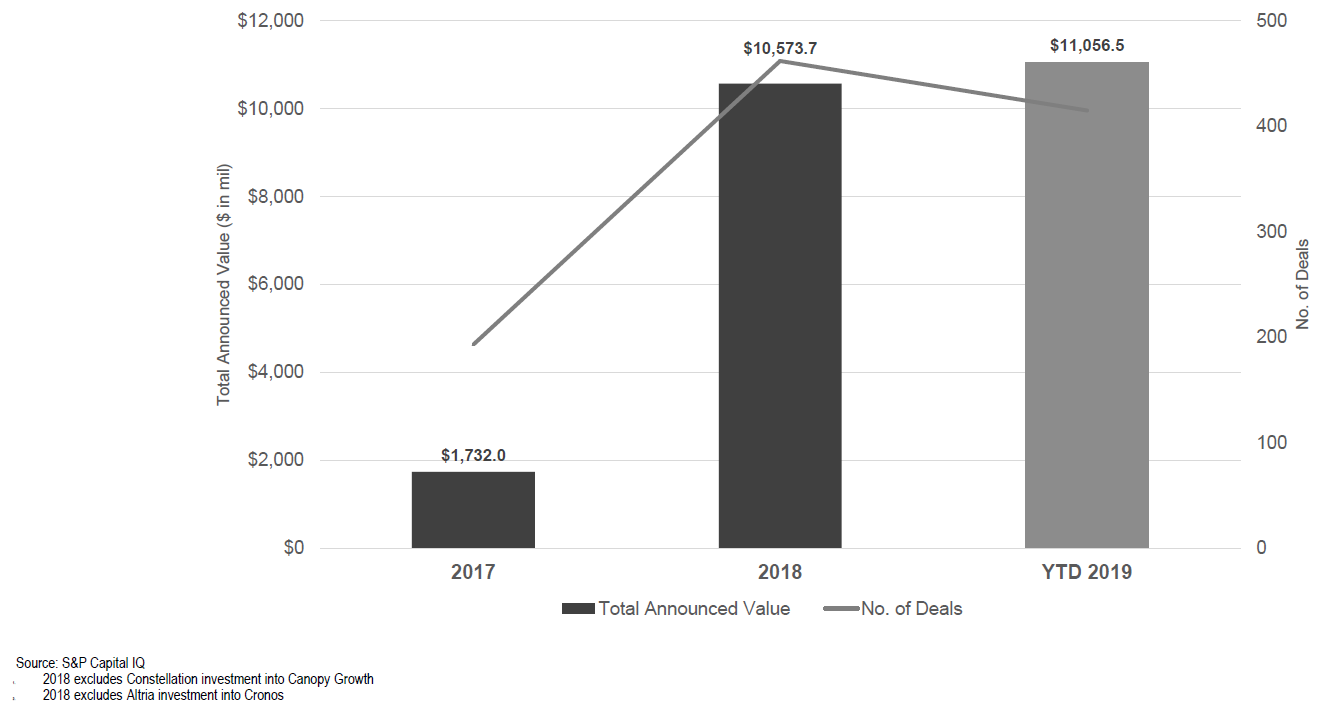 As previously mentioned, the M&A and addressable market have both grown while cannabis regulation varies across U.S. states and countries. Some states allow both recreational and medicinal sales and use while others do not allow either. One can understand this quickly and easily within the following map: 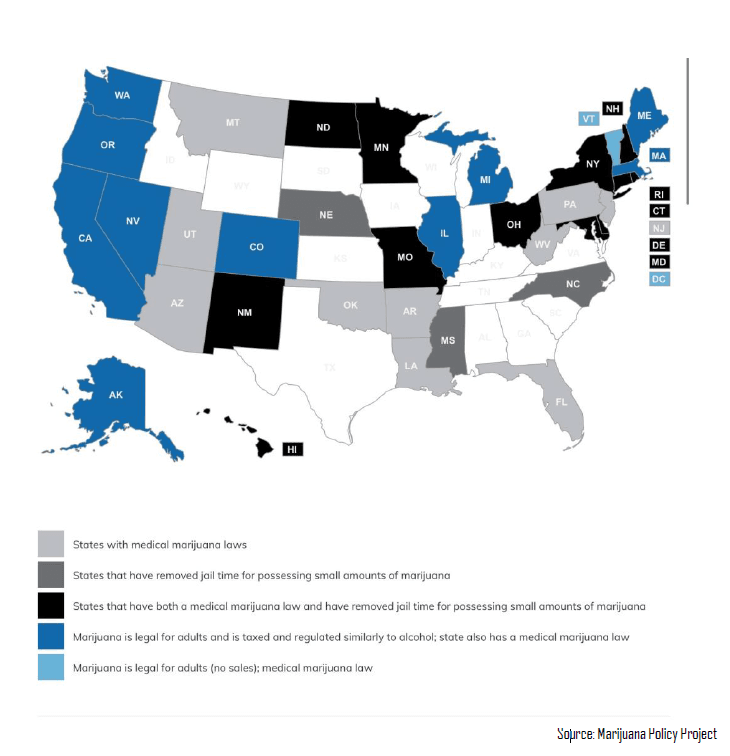 Within the U.S., due to these legality differences, it essentially restricts the growth, processing, and packaging of Cannabis or CBD products in the same state they are sold. As a result, there could be consideration that the aforementioned estimated size of market may be underselling the actual size of the industry if the legality of Cannabis is loosened across the U.S., Canada, and beyond. In fact, one estimate from the European Cannabis Report on July 11, 2018 placed the estimated European medical cannabis market to be €55 million by 2028. Across the world, with continued research and greater understanding of the potential medical benefits, there are no indications of a declining market for the foreseeable future.

For additional information on cannabis, please continue on to view our on-demand webinar  to hear from industry professionals and their thoughts on this industry.