148 cable networks are estimated to cut almost $400 million from selling, general and administrative expenses this year, while a handful of others including ACC Network (US), FOX News Channel (US) and Hallmark Drama (US) are adding to their infrastructure, resulting in a net industry decline projected at $357.5 million in 2020.

Programming costs are also being reduced, although this is in large part due to the vast number of productions that have been shut down as TV and film companies look for ways to produce films and TV shows safely.

After years of rapid growth in SG&A budgets, spending stalled out in 2014 as years of robust subscriber additions in the multichannel universe fizzled. SG&A was down each year from 2014-2017, rising slightly in 2018 and then declining less than 1% to $8.14 billion in 2019. We expect the decline to accelerate to 4.4%, and we project overall spending on SG&A to be about $7.78 billion, in 2020. 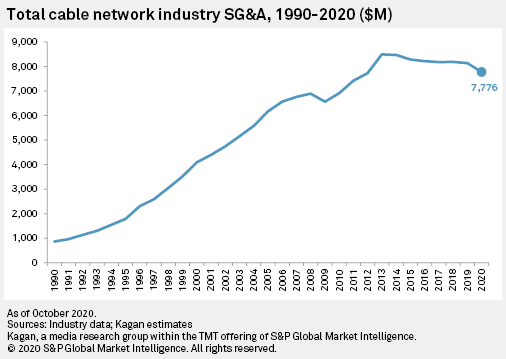 For our tracking of SG&A by network click here. 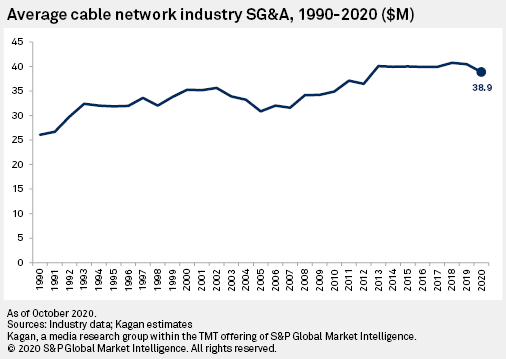