S&P Dow Jones Indices has been the de facto scorekeeper of the ongoing active versus passive debate since the first publication of the S&P Indices Versus Active (SPIVA) U.S. Scorecard in 2002.  The SPIVA South Africa Scorecard measures the performance of actively managed South African equity and fixed income funds denominated in South African rands (ZAR) against their respective benchmark indices over six-month and one-, three-, and five-year investment horizons.

Fiscal stimulus was passed in April 2020 to help stave off the threat of a deepening economic contraction and interest rates were slashed by 2.75%.  Despite these efforts to spur the economy, South African Equity funds struggled to recover from the COVID-19-related drawdowns of 2020.  The 75th percentile of South African Equity funds was 3.9% lower over the first six months of the year.

The interquartile range, the difference between the first quartile and third quartile in Report 5, highlights the dispersion in performance considerably widened for South African Equity funds.  During the first six months of 2020, the spread was 7.7% compared with 3.5% over the five-year period—showcasing that volatile markets affected performance dispersion for equity funds.

In the Short-Term Bond fund category, 54% of managers were unable to outperform the South Africa Short Term Fixed Interest (STeFI) Composite over the first six months of the year.  When compared with the longer-term five-year period, when 85% of funds outperformed the benchmark, it becomes clear that Short-Term Bond managers struggled to capitalize on the increased volatility and difficult market conditions brought on by the global COVID-19 pandemic.

Comparing fixed income and equity funds, the H1 2020 market turmoil took a greater toll on the latter.  Except for the S&P South Africa 50, the gains over the five-year period were completely eroded by the global COVID-19 crisis, whereas both the fixed income benchmarks and average fund managed to keep their head above water during the first six months of 2020.

Canadian stock markets experienced drastic volatility in the first half of 2020. The S&P/TSX Composite started strong, as January capped a stretch where the index posted positive returns in 7 out of 8 months, subsequently reaching an all-time high on Feb. 20, 2020. As the effects of the COVID-19 pandemic became apparent, the S&P/TSX Composite then fell a dizzying 37.2% in just 22 days, mirroring markets worldwide. A sharp bounce off the lows followed by an uncertain recovery left the index down 7.5% over the first six months of 2020. Smaller-cap names in the S&P/TSX Completion fell 11.8%, lagging the 6.3% decline of the S&P/TSX 60.

Canadian Equity funds were particularly notable for their level of underperformance. On an asset-weighted basis, Canadian Equity funds returned a dismal 7.9% below the S&P/TSX Composite over the past year, the worst relative performance of any fund category. Canadian Dividend & Income Equity funds provided a rare bright spot for active managers, with 69% outperforming over the past year, while dividend indices considerably lagged the market. In the 12-month period ending June 30, 2020, the broad-market S&P/TSX Composite fell 2.2%, whereas the S&P/TSX Canadian Dividend Aristocrats® lost 10.8%, the worst performance of any fund category benchmark. Over the 10-year window, this 8.6% deficit flipped to a 0.7% annualized outperformance for the S&P/TSX Canadian Dividend Aristocrats, while active fund managers reverted to form, with just 12% able to surpass the benchmark.

Among Canadian Focused Equity funds, 84% lagged the blended benchmark, which comprises the S&P/TSX Composite (50%), the S&P 500reg; (CAD) (25%), and the S&P EPAC LargeMidCap (25%). The fund category performed similarly in the SPIVA Canada Year-End 2019 Scorecard, when 85% underperformed the benchmark. Canadian Focused Equity funds were also notable for having the worst chances of beating the index over the past 10 years, with just 4 of 120 funds (3.3%) surpassing the blended target. Asset allocators punished these funds heavily, as only 40% of funds survived the decade, the worst survivorship of any category.

As the S&P Europe 350® experienced its highest levels of volatility since the 2008 financial crisis and the largest single-month drawdown in almost 20 years, the widely held belief that market volatility should create widespread opportunities for active managers remained unproven.

Size Mattered in the U.K. 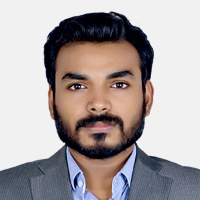 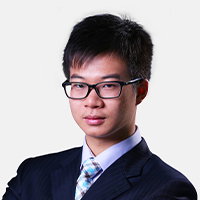 The S&P 500 reached an all-time high on Feb. 19, 2020, followed by a rapid 33.8% drop through March 23, 2020, as pandemic-driven restrictions suppressed economic activity. In April, stocks rebounded and the S&P 500 posted its best monthly return since January 1987. Encouraged by government stimulus programs and the expectation of economic reopening, the stock market continued its recovery in May and June.

In 11 out of the 18 categories of domestic equity funds, the majority of funds continued to underperform their benchmarks. For example, 67% of domestic equity funds lagged the S&P Composite 1500® during the one-year period ending June 30, 2020. Additionally, the majority of large-cap (63%) and multi-cap (65%) funds lagged their benchmarks. In contrast, mid-cap and small-cap active funds performed relatively better. Approximately 56% of mid-cap and 53% of small-cap active managers outperformed their benchmarks for the one-year period (see Exhibit 1). 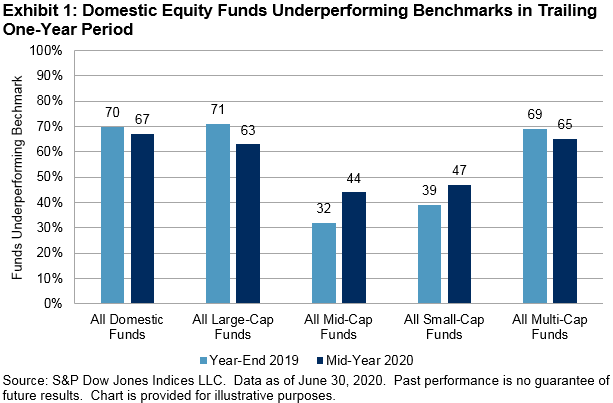 Despite divergent results over the one-year horizon, both growth and value funds underperformed their benchmarks over the past decade. Large-cap (growth 82%, value 86%), mid-cap (60%, 81%), and small-cap (57%, 90%) all delivered painful results.