The U.S. Federal Circuit Court of Appeals has overruled a decision by the Court of International Trade to cut the duties applying to imports of Ford's Transit Connect van from Spain to 2.5% from 25%. The case specifically address whether the addition of seats at the factory which are removed in the U.S. means the van should be treated as a car (HTS 8703.23) or a truck (HS 8704.31) and be subject to higher duties.

While somewhat down-in-the-weeds the case illustrates the importance of precise designations for vehicles. Those will matter increasingly as the U.S. continues its section 232 review of the automotive industry, as outlined in Panjiva's research of May 30, as well as in relation to passage of the U.S.-Mexico-Canada Agreement and trade deals with the EU and Japan.

The case also demonstrates the ongoing complexity of tariff-related trade cases. The initial decision by the Commerce Department was made in Oct. 2016 and had taken a year already before that.

The ruling comes as sales of the Transit Connect increased increased 25.8% in the three months to Apr. 30 from a 7.4% drop the year earlier, Panjiva analysis of Carfax data shows. That marks a contrast to the slowdown in U.S. automotive sales of foreign vehicles including a 7.1% drop in light trucks and 2.5% slide in car sales in May compared to a year earlier. 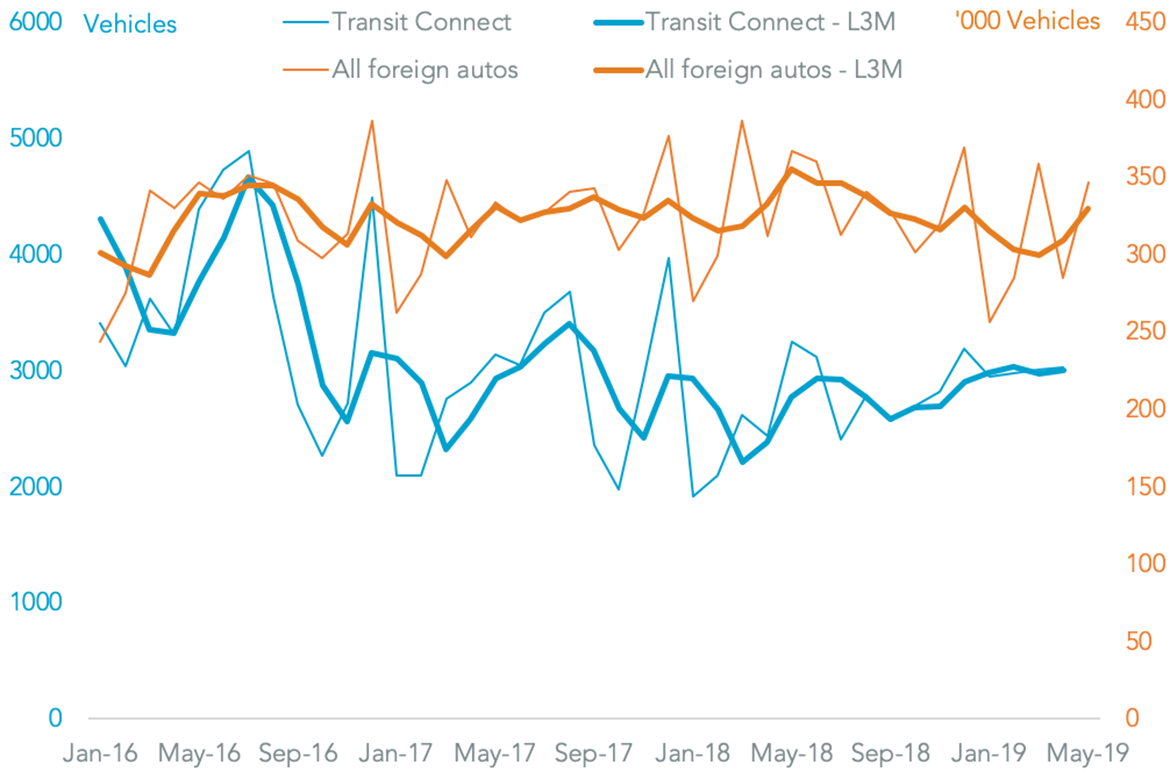 Chart compares Ford's sales in the U.S. of the Transit Connect to total U.S. sales of imported vehicles. Calculations based on Carfax and U.S. Bureau of Economic Affairs data. Source: Panjiva

Ford may have been anticipating continued strong sales and the continuation of lower duties. Imports of the Transit Connect increased 2.6% year over year in the three months to Apr. 30, Panjiva data shows, and a further 9.1% in May.

Ford's imports from Europe - the Connect is built in Spain - will also be a function of U.S. government relations with EU which may not be strong enough to prevent section 232 tariffs in November. Other major importers of van types similar to the Transit Connect include Nissan's NV200 Vanette.

CUSTOMERS ONLY JUST BEGINNING TO RECONNECT WITH THE TRANSIT 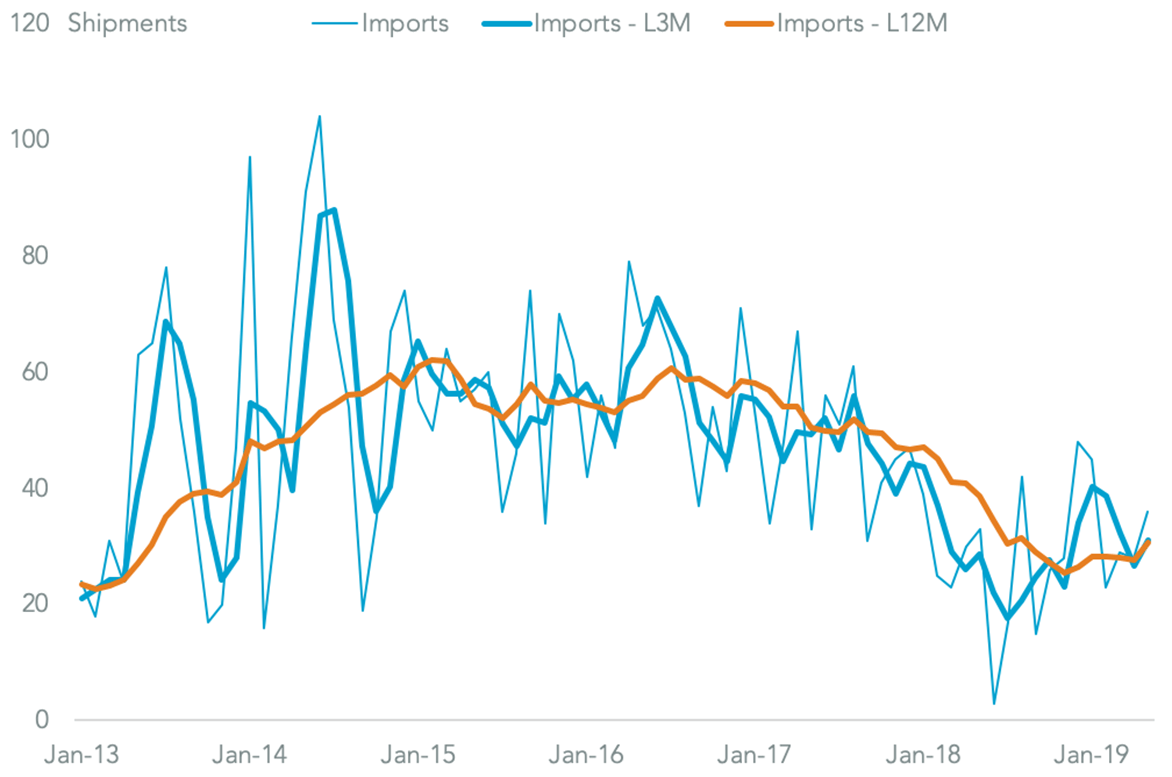