Consumers have come to expect a seamless shopping experience, and more large retailers are stepping into the mobile payment space.

Sep. 28 2016 — As the list of in-store mobile payment apps grows, more large retailers are giving consumers the option to pay with their smartphones. 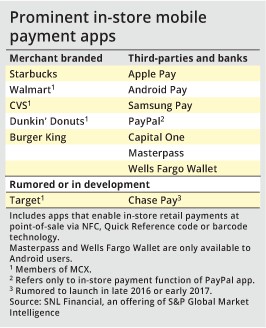 CVS Health, the largest drugstore chain in the U.S., is one of the most recent merchants to build out its mobile app to enable in-store payments. With CVS Pay, customers can store payment methods and present a barcode to a cashier at the point of sale. Users also can manage prescription information and coupons within the same application.

For retailers like CVS, identifying consumers' buying habits and preferences is important, according to Perry Kramer, vice president and practice lead at Boston Retail Partners.

"The easiest way to identify the customer is in the payment space," Kramer said. In exchange for valuable data, merchants can give shoppers a more "frictionless" payment experience, he added. 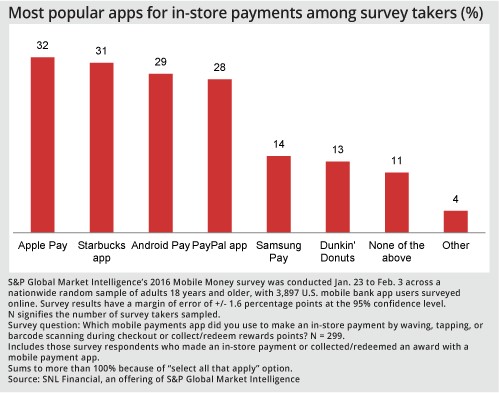 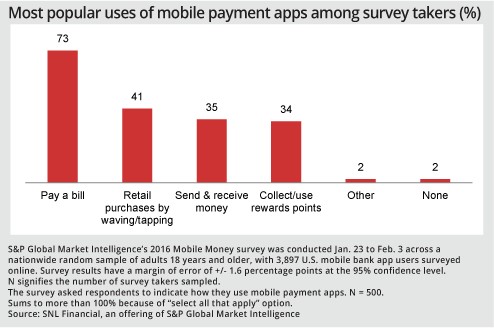 Still, mobile wallets are an IT challenge for most stores. Kramer said many retailers are focused on updating antiquated point-of-sale systems and are busy with EMV implementation. Only the largest retailers with enough critical mass can feasibly build out an app with payments capabilities, he said.

CVS is one of numerous retailers that own Merchant Customer Exchange. In May, TechCrunch reported that the consortium of U.S. stores shut down its effort to create a mobile wallet called CurrentC. MCX is focusing on bank partnerships, but CVS "continues to be an active owner and supporter" of the consortium, according to an emailed statement from Nancy Christal, CVS senior vice president of investor relations. MCX emailed a similar comment regarding CVS Pay.

"CVS continues to be a strong and supportive owner and partner in MCX as MCX continues to focus on partnering with financial institutions and others to create mobile payment options in the marketplace," MCX CEO Brian Mooney said.

Other MCX merchant owners also have developed their own branded mobile wallets. Wal-Mart rolled out Walmart Pay in December 2015. Before that, Dunkin' Donuts was cited as one of the most frequently used payment apps in SNL Kagan's February 2015 Mobile Money survey. Target is also rumored to be working on an app with mobile payment capabilities, according to Reuters sources. 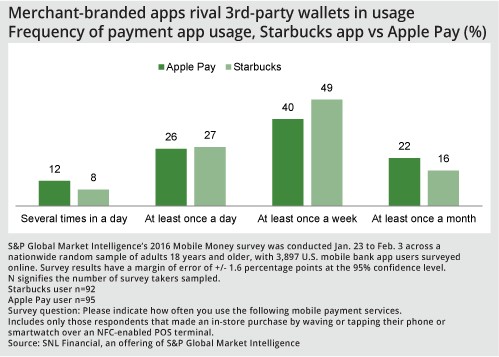 "The payment vehicle is a means to an end," said Peter Olynick, senior practice lead of retail banking at NTT DATA Consulting. What people are really after are the items that banking services help you purchase, Olynick said. According to recent NTT DATA research, almost half of respondents surveyed said they would consider using a banking service offered by a large retailer like Wal-Mart or Target.

Although larger stores may continue to roll out their own payment apps, it is likely that most stores will accept three or four different mobile wallets, Kramer said.

"I don't think you're going to see everybody try to do their own," he added. "It just becomes way too hard for a consumer to manage."