If approved by the Maryland Public Service Commission, the company, or CGM, would be authorized a 9.65% return on equity (52.79% of capital) and a 7.11% overall return. As part of the settlement, CGM agreed to withdraw, without prejudice, its Green Path renewable natural gas pilot.

* The stipulated rate change is more than half that initially sought by CGM and is greater than the rate increases supported by the intervening parties.

* The agreed upon ROE, while significantly below that sought by CGM, is the same as that approved in CGM's prior case and is above current prevailing rate case averages. The ROEs recommended by the intervening parties were also significantly below that sought by CGM, and the lower ROEs accounted for the majority of the revenue requirement differences between the respective parties and the company.

* While the agreement does not specify the authorized rate base, it does lay out a process for addressing post-test-year capital additions in future proceedings.

* The company may refile its Green Path RNG pilot program in a separate stand-alone proceeding. 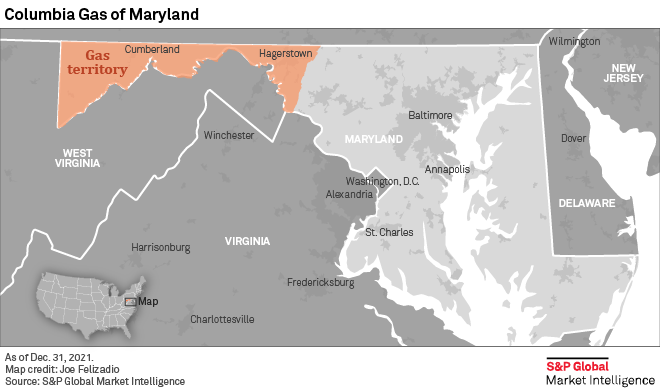 The requested base rate increase included $1.2 million of revenue and $10.8 million of rate base reflected in CGM's rider related to the Strategic Infrastructure Development and Enhancement, or STRIDE, program. If the PSC approves the supported rates as filed, the rider would be reset to zero, and customers would experience a net overall rate increase of $5.5 million.

CGM proposed a five-year RNG tariff pilot program known as the Green Path Rider. The Green Path Rider would be a fee-based, opt-in pilot rider to allow customers an option to reduce some or all of their emissions related to their natural gas usage. To do this, CGM would purchase RNG, environmental attributes and carbon offsets to reduce the participating customers' emissions associated with their natural gas usage. This would be done to match each participating customer's election of either a 100% reduction or a 50% reduction in emissions. Customers opting in to the Green Path Rider would be charged an additional fee per therm, reflecting the cost of the RNG environmental attributes and carbon offsets. The program would be offered to all residential and general service customers that are not in arrears.

The $3.9 million increase recommended by the staff was premised upon a 9.75% return on equity (52.97% of capital) and a 7.16% return on a rate base valued at $198.3 million. The staff's reliance on a lower rate of return than that supported by CGM accounts for about $1.8 million of the $2.9 million shortfall relative to the $6.7 million rate increase sought by the company. Staff-proposed adjustments to the company-proposed rate base and net operating income each accounted for about half of the remaining $1.1 million difference.

The $2.4 million increase recommended by the OPC reflects an 8.75% return on equity (50% of a hypothetical capital structure) and a 6.496% return on a $203 million rate base. The OPC's reliance on a lower rate of return than that supported by CGM accounted for about $3.7 million of the $4.3 million shortfall relative to the $6.7 million rate increase sought by the company. OPC-proposed adjustments to rate base account for most of the remaining difference.

The staff and OPC both opposed the company's RNG pilot proposal. With regard to the RNG pilot, the intervening parties said the company had failed to demonstrate that the pilot met the criteria established by the PSC for such programs, the charges proposed under the tariff warranted further investigation, any costs associated with the program should be borne by program participants rather than socialized to all customers, and cost recovery procedures for such programs should be addressed generically and not as part of one utility's base rate case.

In calling for a $4.8 million, or 7.7%, rate increase, the settlement states that CGM would be authorized a 9.65% return on equity (52.97% of capital) and a 7.11% overall return. This return would be used to calculate the revenue requirement for future updates under the company's STRIDE program rider and in any "make whole" proceedings filed by the company prior to its next base rate case.

The stipulated equity return is the same as that approved in CGM's prior base rate case and is above the average of recent ROEs approved for energy utilities nationwide. According to data gathered by Regulatory Research Associates, the average ROE approved for gas utilities nationwide in cases decided during the first half of 2022 was 9.33%, and the average for the 12 months ended June 30 was 9.48%. These averages represent a notable decrease versus results observed in calendar 2021; the average ROE approved for gas utilities in rate cases decided during the calendar year was 9.56%, up from 9.47% in 2020.

In addition, in any make-whole proceeding or STRIDE proceeding filed prior to its next base rate case, CGM would base such filing on a fully historical test year and 13-month average rate base, with year-end values for safety and reliability-related plant additions and up to two months of post-test year investments. The company would be permitted to initially present the application with up to three months of estimated data but would be required to update the application with actual data before the parties file their respective testimony.

With regard to the treatment of post-test-year investments in future cases, the agreement states that in any future rate case that considers the inclusion of post-test year plant safety and reliability investments, CGM must include the following in its application: forecast investments by project/work order, including the precise purpose of each investment; final actual test-year amounts for the investment by project/work order; and an explanation of and rationale for any variation between actual and forecast amounts.

CGM agreed to withdraw its Green Path rider; however, the agreement states: "Such withdrawal will not limit the company from proposing a Green Path Rider or similar program in a separate proceeding." In addition, Columbia must notify the staff and OPC prior to accepting RNG onto its system and must jointly develop with staff a proposal for an RNG gas quality standard.

Joe Felizadio contributed to this article.