You Down With PPP? Consider The Risks

The Paycheck Protection Program has offered a lifeline to banks' small-business borrowers and attractive fees to some lenders, but bankers and their advisers cautioned that the program is just a short-term fix and comes with some risk.

Nearly 5,000 banks have participated in the U.S. government's Paycheck Protection Program, or PPP, fully utilizing the $349 billion in funds aimed at shoring up small businesses. The program has received plenty of attention, including some negative press coverage, but participants in a series of webinars we moderated during the week of April 13 largely viewed the program in a positive light.

Jason Elder, partner and managing director of corporate strategy at Performance Trust, said on one of the webinars that the PPP began with operational friction but went a long way toward relaunching small-business lending. He said the PPP has been very helpful for his firm's clients, but noted that it is meant to be only a short-term bridge.

"Small-business lending went from highly challenged to very robust in only a matter of days thanks to the stimulus and PPP together," Elder said. "There's still a lot of uncertainty over what we're bridging to. I guess if the economy starts May 1 or even June 1, we should be in pretty good shape. But if things are pretty slow for a longer period of time as many believe, we're going to need to do more."

Marshall Williams, vice president and asset/liability manager at 1st Source Bank, a unit of 1st Source Corp., said during the same event that his bank jumped into the PPP with both feet because it believed the program played an important role in supporting small businesses. Still, Williams encouraged banks to talk with borrowers in the program about their plans for the future since the funds offer a short-term solution.

Street Talk • Ep 60 - You down with PPP? Consider the risks

"There were operational rollout issues because of the speed of it. From our standpoint, it was like trying to ride a bike that was being constructed beneath you," Williams said. "Right now, there are a lot of people reaching out for these funds in fear, but ultimately, they need to have a gameplan." He added that businesses need to consider whether they should bring back all of their employees based on an eight-week program.

Bert Knotts, chief credit officer at Strategic Risk Associates, applauded the action taken by the U.S. government, bank regulators and community banks to roll out the PPP quickly. However, on the webinar focused on loan pricing and risk, he said the PPP is not a silver bullet since it promotes retaining employees, whereas small businesses simply need working capital.

"They need working capital to pay suppliers, to pay their insurance company, to generate revenue so they can pay their employees," Knotts said.

Bill Burgess, co-head of financial services investment banking at Piper Sandler, addressed the market's reaction to the COVID-19 pandemic and how it has impacted bank valuations in a subsequent webinar. Burgess said his firm has advised banks to approach any program like the PPP with caution and not operate with the belief that these loans do not carry risk.

He said the PPP was constructed elegantly by utilizing the banks as a distribution channel and in return allowed institutions to benefit from origination fees, while providing small businesses with much needed funding. Some banks have already reported sizable fees from participating in the program. Burgess encouraged banks to do all they can for their customers in the PPP program but said institutions should not necessarily view it as a fee income opportunity.

"Even though it looks fantastic in terms of no risk, no risk weighting, no recourse, free funding, positive carry, unlimited leverage, there are risks in these loans that people need to appreciate," Burgess said. "While they may seem riskless today and fees are attractive, going outside of your customer base, beyond your KYC comfort zone could have short-term benefits but long-term implications." 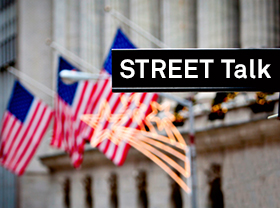