Next in Tech | Episode 91: Fostering inclusivity in technology

Next in Tech | Episode 90: The Big Picture report and streaming

Next in Tech | Episode 89: Climate impacts at COP27

After a recovering in 2021 from a string of flat to down years that culminated with a near 7% drop in 2020, worldwide smartphone shipments are expected to decline by 2.4% in 2022 as inflation, component shortages and lengthening replacement cycles drive down demand for smartphones in the near term.

Beyond that, shipments are forecast to gradually recover as component shortages improve, supply chain disruptions decrease, and device adoption grows in underpenetrated markets.

However, Kagan expects these dynamics to allow the market only a modest improvement over 2021’s 1.35 billion units, growing annual shipments at a compound annual growth rate of less than 1% through 2026 to 1.36 billion units. 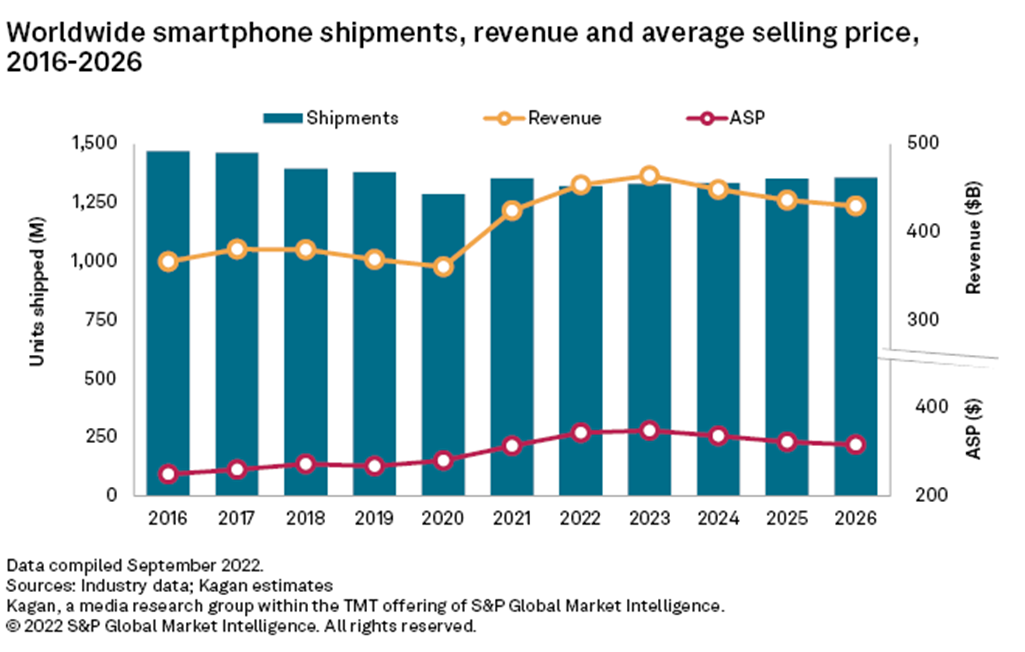 Key factors expected to impact the smartphone market in the coming years include:

2021 smartphone shipments rose 5.2% against the backdrop of a chip shortage