European And U.S. Children Are Growing Up On SVOD TV Programming

Kagan European and U.S. Consumer Insights surveys have found that the majority of internet households with pre-teenage children subscribe to at least once online subscription video (SVOD) service, in part, for the kids TV programming.  Across the seven surveyed countries, only two in ten parents indicated that their children do not watch online SVOD content, over half of which do not subscribe to any SVOD services. 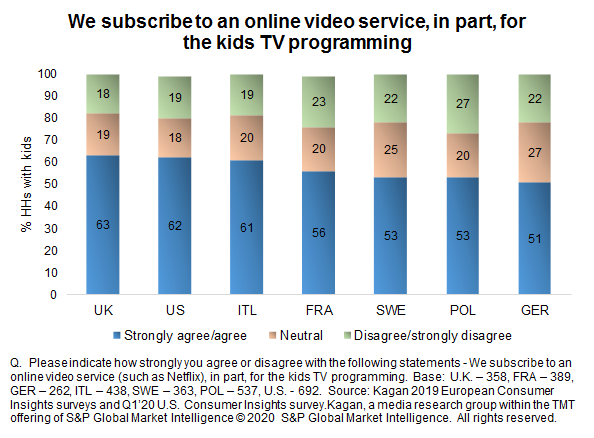 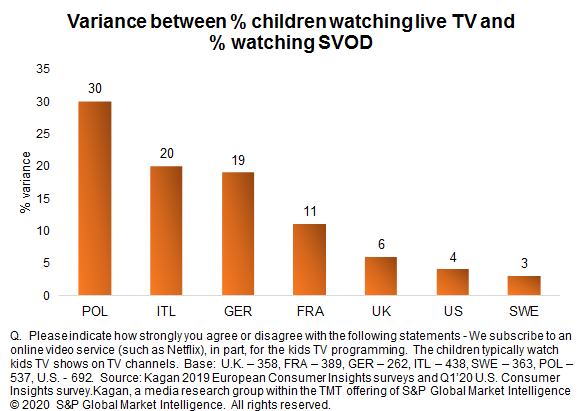