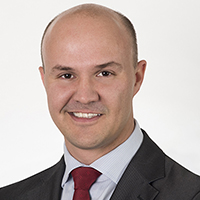 In 2017, South African equity markets experienced a second-half surge and finished the year up 22.6%, as measured by the S&P South Africa Domestic Shareholder Weighted (DSW) Index. Returns for 2017 were still notably strong at 15.6% for the S&P South Africa DSW Capped Index, where no single stock weighs more than 10% at each rebalance. The rally accelerated in July when the South African Reserve Bank surprised the market by announcing a rate cut of 25 bps on the back of an improved inflation outlook and concerns for growth.

In addition, hopes of a new president toward the end of the year renewed confidence that the lethargic economic growth under Jacob Zuma could soon improve. The market began to price in the new outlook and the South African rand rose to a two-year high by the end of 2017. From the perspective of a South African investor, this appreciation offset some of the high returns offered across international markets. Despite this, the S&P Global 1200 increased 12.05% in local currency over the one-year period.

For the first time, in the SPIVA South Africa Scorecard, active fund managers were compared to the capped version of the S&P South Africa DSW Index to more accurately reflect the maximum weight that investors hold in any single stock. In 2017, 74% of active funds investing in South African equities were outperformed by this capped benchmark. When measuring their performance against the uncapped version of the same index, 96% of these same funds were beaten by the benchmark. The large increase in funds underperforming the benchmark since the mid-year SPIVA Scorecard may indicate that active fund managers were not positioned well to take advantage of the unexpected mid-year rate cut and political landscape. The median active fund recorded a return of 13.41% for the year; more than two percentage points lower than the capped comparison index.

Over the five-year period, the findings were equally clear, with 79% and 93% of actively managed South African Equity funds failing to beat the capped and uncapped benchmarks, respectively. The average asset-weighted returns for these active funds was over one percentage point lower than the capped benchmark when annualized over five years.

South-African-domiciled active funds investing in global equities, by and large, experienced similar hardship. Over two-thirds of these funds underperformed the S&P Global 1200 in 2017, with the number rising to 89% and 93% over the three- and five-year periods, respectively. When analyzing the five-year relative returns of these global equity funds, the average performance was greater on an asset-weighted basis than on an equal-weighted basis (1% below and 4% below the S&P Global 1200, respectively, on an annualized basis). This indicates that funds with greater assets under management were able to perform better than their smaller counterparts.

The SPIVA South Africa Scorecard also features the performance of fixed income funds actively managing short-term bonds and those managing diversified and aggregate bonds. The funds in the Diversified/Aggregate Bond category were measured against the S&P South Africa Sovereign Bond 1+ Year Index. In 2017, 64 of the 97 funds in existence at the start of the year recorded lower returns than the comparable benchmark. Short-term fixed income funds fared better against the South Africa Short Term Fixed Interest (STeFI) Composite, with just 14% underperforming in the year. The five-year figures were also positive for active managers in both fixed income categories, with more than threequarters outperforming the benchmarks. However, it is important to note that although the comparison indices used for the fixed income categories represent the best available benchmarks, they do not reflect the opportunities available to fixed income managers through the corporate bond markets.