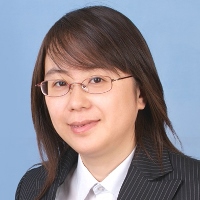 In response to the increasing interest in smart beta strategies in the Chinese equity market, we examined the effectiveness of six well-known risk factors—size, value, low volatility, momentum, quality, and dividends— in that market from July 31, 2006, to Nov. 30, 2018.

Smart beta strategies are gaining significant attention in the asset management industry, and the exchange-traded products (ETPs) tracking factor indices have shown significant asset growth since the end of 2008. Factor-based strategies are a category of smart beta strategies that target specific risk factors. They have characteristics of passive investing, such as rules-based construction, transparency, and cost efficiency; they also share features of active investing in that they aim to enhance return and reduce risk compared with traditional market-cap-weighted indices.

Single-factor indices are constructed to capture a specific risk factor. They exhibit distinct cyclicality in response to a changing market environment, which also makes them ideal tools for the implementation of active views.

In China, we observe increasing interest in factor-based investing in the equity market, although it lags the U.S. and some other Asian markets (like Japan). Dividend products still dominate the Chinese factor-based ETP market.

In this paper, we examined the effectiveness of six well-known risk factors (size, value, low volatility, momentum, quality, and dividend) in the Chinese equity market and the behavior of these factors under different market regimes.

The Role of Sectors in Risk, Pricing, and Active Returns


Sometimes, the sector composition of an equity portfolio is of primary importance. At other times, single-stock risks are more prominent. In this paper, we shall:

This perspective is particularly timely; Exhibit 1 illustrates the increasing strength of sector-level effects in the S&P 500 over the past five years.

To illustrate the relative importance of sectoral and stock-level return drivers, consider that the average annualized dispersion of constituent returns in the S&P 500 Utilities sector over the 10 years ending in December 2018 was 10%. Thus, a better-performing stock in the Utilities sector might be expected to offer a one-year excess return over its sector of around 10%. However, over the same 10-year period, the average difference between the one-year return of the S&P 500 Utilities and S&P 500 indices was also 10%. In other words, a stock being one of the best Utilities stocks may be less important than being a Utilities stock.

Of course, even if a chosen stock outperforms its sector, and even if that sector doesn’t significantly underperform the market, the risk of a loss remains. (The S&P 500 Utilities outperformed the S&P 500 by 18% in 2008, but even the best-performing Utilities stock still had a negative total return for the year.) A manager selecting which securities to avoid faces equal and opposite difficulties; an Energy stock with poor prospects relative to its competitors might soar in price if there were a sudden shortage of crude oil.

The extent to which sector-level effects can drive stock returns is the subject of Exhibit 2. It shows the average statistical coefficient of determination (R-squared) between the daily price changes in S&P 500 constituents and their respective sectoral index, based on capitalizationweighted averages of monthly calculations over the 15-year period from January 2004 to December 2018.

As factor-based investing gains momentum, many market participants are increasingly moving beyond single factors and are constructing multi-factor portfolios.  This progression is not surprising given that combining factors that have low or negative correlation can potentially result in a more diversified portfolio.

However, one should note that different factors have varying performance patterns depending on market conditions, economic cycles, or investor sentiment.[1]  While every factor strategy aims to earn higher risk-adjusted returns than the broad market over a long-term investment horizon, factors can go through long periods of underperformance.

Therefore, factor-based investing involves the potential for relative underperformance.  At the same time, timing factors dynamically is difficult to implement and can be costly.[1]  Therefore, the appeal of a multi-factor strategy lies in its ability to provide potentially smoother risk/return patterns than single-factor strategies, while addressing the issue of choosing between factors.

In light of this rationale, S&P Dow Jones Indices (S&P DJI) launched the S&P/BMV Quality, Value & Growth Index in August 2017.  The index is designed to measure the performance of securities in the S&P/BMV IPC that exhibit high quality, value, and growth characteristics.  In this paper, we introduce the performance of those factors, our rationale for combining them, the index construction, and the methodology behind the index.

Before diving deeper into the multi-factor strategy, it is important to understand the evolution of the implementation of factor strategies in passive investing.  Factor strategies such as value, quality, and growth have existed for decades and have been utilized by active management as part of the security selection and the investment processes.  Passive offerings of factor strategies began with the introduction of growth and value investment styles and later extended to factors such as quality, momentum, and low volatility.