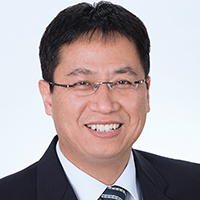 If indices can represent passively implemented returns in a given universe, then the risk/return profiles among various indices in the same universe should be similar. In large-cap U.S. equities, the S&P 500® and Russell 1000 have had similar risk/return profiles (9.65% versus 9.73% per year, respectively, since Dec. 31, 1993). However, in the small-cap universe, the returns of the Russell 2000 and the S&P SmallCap 600® have been notably different historically. Since year-end 1993, the S&P SmallCap 600 has returned 10.44% per year, while the Russell 2000 has returned 8.78%. In addition, the S&P SmallCap 600 has also exhibited lower volatility. 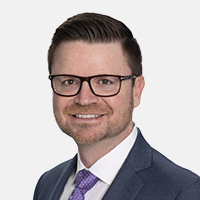 In the current financial environment, the often misunderstood municipal bond market is not considered to be a “core” asset class by many investors, nor is it labeled as such by institutions offering financial products to investors. However, it could be argued that investment-grade municipal bonds meet some qualifications to be “core.”

In this paper, we have examined some of the reasons U.S. investmentgrade municipal bonds could be considered a “core” asset class.

According to the Securities Industry and Financial Markets Association (SIFMA), the municipal bond market had over USD 3.7 trillion outstanding as of June 2019. There are approximately 1.6 million different municipal bonds outstanding, from tens of thousands of different issuers. 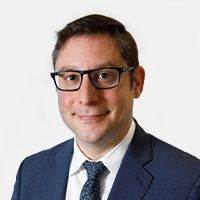 A robust and active trading ecosystem benefits asset owners and investment managers by fostering transparency, market efficiency, and investor confidence. This paper documents, for the first time, the extent and nature of that ecosystem for indices produced by S&P Dow Jones Indices (S&P DJI). The results offer a window into trading around certain market benchmarks, providing a new perspective on the use of indices as the basis for active and passive investment strategies.

THE IMPORTANCE OF VOLUMES IN INDEX-LINKED PRODUCTS

The growth in aggregate assets under management in “passive” or indextracking funds and portfolios has been the subject of considerable professional and media commentary. However, while index providers and other organizations regularly produce reports estimating the value of assets tracking (or benchmarked to) indices, comprehensive estimates of secondary market volumes in passive vehicles are harder to find.

This is unfortunate, because volumes can tell us how active the users of passive investment vehicles truly are. Passive funds can, and often do, have active owners who trade in and out of their positions frequently. Volume data can also give us an indication of how well a market is “policed” by arbitrageurs, whose identification and exploitation of mispricings has the potential to operate at the level of entire markets as well as individual constituents.

Volumes are also important to passive investors, even if they have relatively simple objectives. Consider that an investor can buy an ETF linked to the S&P 500, hold it for 20 years, and expect to earn a return comparable to the performance of an index that is reported in the evening news. Such confidence depends on two factors:

Market efficiency is not the gift of a benevolent Providence; it is possible only when there is a trading ecosystem sufficiently large and active to minimize mispricings.

Providing Americans with adequate retirement income and affordable medical care remains one of the country's most hotly debated social and political topics of the 21 st century. However, the times have changed, as the medical cost of prolonged longevity has risen, and corporations’ ability to absorb the risks associated with multi-decade portfolios to finance those commitments has fallen. Over the past three decades, corporations in the private sector have successfully shifted the responsibility of retirement to individuals, as programs have been frozen or closed to new employees, with 401(k)-type saving programs acting as substitutes. What remains is a lingering program of the past that will slowly decline in size and number of covered retirees over the coming decades. For now, both S&P 500 pensions and OPEB remain a manageable cost with sufficient resources and cash flow to support them—even as decreasing interest rates could worsen the funding levels and ratios via higher discounted liabilities for 2019. For 2018, corporate pension underfunding stood at USD 270 billion—11.2% lower than the USD 304 billion level of 2017, as markets declined and interest rates used for liability discounting increased. The funding level increased to 86.35% in 2018 from 85.62% in 2017, 80.75% in 2016, 81.14% in 2015, and 81.12% in 2014. The most recent low-funding level was in 2012, at 77.26%, with the last full-funding level occurring in 2007, at 104.40%.

Clearly, the traditional defined-benefit corporate pension has become a relic of an earlier age, one that dates back to World War II, when the average American's life expectancy was 65 years. By 1974, when Congress passed the Employee Retirement Income Security Act (ERISA; the federal law that sets minimum standards for most voluntarily established pensions in the private industry), Americans’ average life expectancy had risen to 72 years. Today (according to the Center for Disease Control), the average life expectancy in the U.S. is 78.6 years (76.1 years for men and 81.1 years for women). In 1983, when the life expectancy was 74, the official Social Security age of "full retirement" was scaled forward from 65 years to 67 years, depending on the year of birth, as longevity continues to move up. Medicare eligibility, however, has remained at 65. As a result, post-employment medical costs associated with longevity have skyrocketed, as have the costs of prescription drugs and elder care.

Governments are now increasingly becoming aware of the perils of greenhouse gases (GHGs) and aiming to penalize the source of pollution while looking to incentivize low-carbon technologies. Pricing carbon emissions is one potential approach to reducing GHG emissions. As of 2017, carbon prices averaged around USD 40 per metric ton of carbon dioxide and are expected to increase in the near future, which could affect companies directly with regulatory costs imposed on their operations through energy and fuel price increases, or indirectly through costs passed on by suppliers. These costs may be borne by companies or passed on to consumers in the form of higher prices.3 Therefore, understanding carbon exposure is essential for businesses to manage risk.

It is equally important for asset owners, lenders, insurance underwriters, and portfolio managers to factor in the impact of climate risks in order to make informed decisions. They may want to consider an organization’s future financial position to discount potential write-downs of assets as well as the effect on revenues, costs, cash flows, and capital expenditure associated with adhering to policy changes to factor in climate risks. Eventually, one could expect capital flight toward investment themes that are aligned with global climate commitments.

The Japan’s Government Pension Investment Fund (GPIF), for example, decided to invest in carbon efficient passive portfolios that seek to track global and domestic carbon-efficient indices4 in September 2018, with the intention of promoting carbon efficiency and disclosure by companies. The global market for environmental, social, and governance (ESG) exchange-traded funds (ETFs) alone is expected to expand from USD 25 billion to more than USD 400 billion within a decade.5 In Japan, sustainable investments have grown fourfold between 2016 and 2018.6