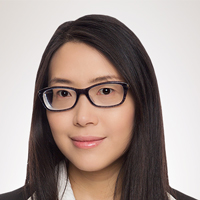 SUMMARY
• S&P Dow Jones Indices has been the de facto scorekeeper of the ongoing active versus passive debate since the first publication of the U.S. SPIVA Scorecard in 2002. Over the years, we have built on our experience publishing the report by expanding scorecard coverage into Australia, Canada, Europe, India, South Africa, Latin America, and Japan. While this report will not end the debate on active versus passive investing in Japan, we hope to make a meaningful contribution by examining market segments in which one strategy works better than the other.

• The SPIVA Japan Scorecard reports on the performance of actively managed Japanese mutual funds against their respective benchmark indices over one-, three-, and five-year investment horizons. In this scorecard, we evaluated returns of more than 595 Japanese large-, mid-, and small-cap equity funds; and more than 795 international equity funds investing in global, international, emerging markets, and U.S. equities.
• Japanese Equity Funds: The Japanese equity market was volatile in 2015, especially in the second half of the year. The S&P/TOPIX 150, S&P Japan MidCap 100, and S&P Japan SmallCap 250 had annual returns of 10.5%, 13.2%, and 14.6%, respectively. Meanwhile, the Japanese large-, mid-, and small-cap equity funds recorded average profits of 11.8%, 12.9%, and 14.1%, respectively. More than one-half of the Japanese large- and small-cap equity funds achieved better one-, three-, and five-year returns than their respective benchmarks as of year-end 2015, which was a more favorable picture than what was seen in our mid-year 2015 report. However, the majority of Japanese mid-cap equity funds (60.7%) underperformed their respective benchmark over the one-, three-, and five-year period