Global business conditions worsened once again in the manufacturing sector in October, with theJPMorgan Global Manufacturing Purchasing Managers' Index™ (PMI™),compiled by S&P Global, dropping further below the neutral level of 50.0. The headline index slipped from 49.8 in September to 49.4 in October; its lowest level for 28 months.

The survey's sub-indices, further examined here, pointed to a sustained reduction in production amid deteriorating demand conditions and a worsening outlook. While the easing of supply chain delays and price pressures were welcoming news, this again stemmed from the cooling of global demand. 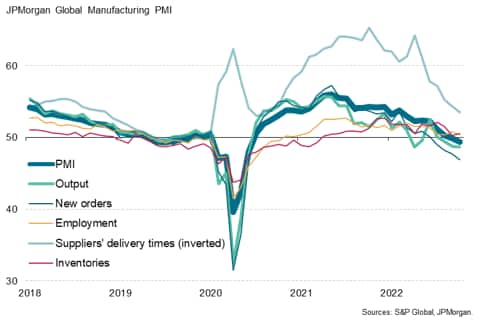 The global manufacturing PMI survey's Output Index, which acts as a reliable advance indicator of actual worldwide output trends, signalled a third successive monthly drop in worldwide factory production in October. The rate of decline accelerated to the fastest since June 2020, when disruptions from the global pandemic were most severe. Barring pandemic-related shutdown months, the latest decline was the steepest recorded for just over a decade. 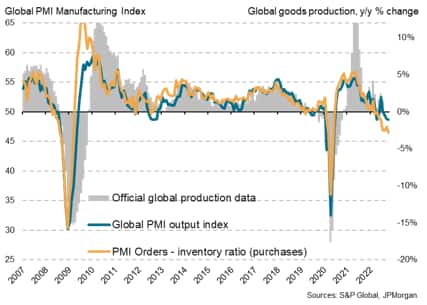 Furthermore, other survey indices, notably the new-orders-to-inventory ratio, have fallen to levels that are among the lowest in the survey history, suggesting that the production trend may weaken further in the coming months.

Of the 31 economies for which S&P Global PMI data are available for October, some 21 reported falling production, which was also the case in September. Taiwan and the Czech Republic experienced the steepest downturns and ones that were notably faster than compared to the previous month. This was followed by Poland and Spain, the former continuing to suffer from their proximity to the war in Ukraine and soaring energy costs. The eurozone and UK likewise saw marked downturns on the back of weak demand.

Meanwhile in North America, even as manufacturing output remained in expansion, the pace of growth remained only marginal with the cost-of-living crisis continuing to affect demand and, in turn, the growth outlook.

Over in APAC, strict COVID-19 containment measures in mainland China continued to affect manufacturing sector performance and prospects of the wider global economy.

That said, various ASEAN regions saw their manufacturing sectors expand again, though the pace of growth slowed across many economies, including Thailand and India that both remained at the top of the manufacturing rankings. 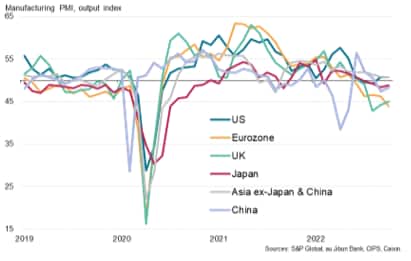 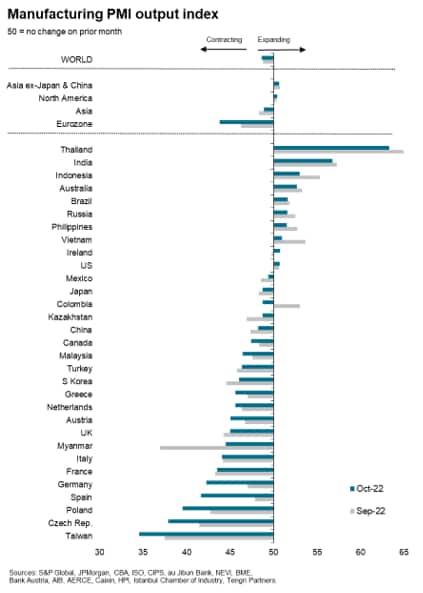 The weak demand picture was underpinned by deteriorating global trade conditions at the start of the fourth quarter. The global PMI's new export orders index, which provides an advance guide to official trade statistics, remained at a level that was among the weakest in the survey history, even after picking up slightly from September's 27-month low.

Export growth remained limited to India, Vietnam, Singapore and Australia while the rest of APAC joined the rest of world in contraction with the likes of Taiwan experiencing one of the sharpest downturns in foreign demand on record. 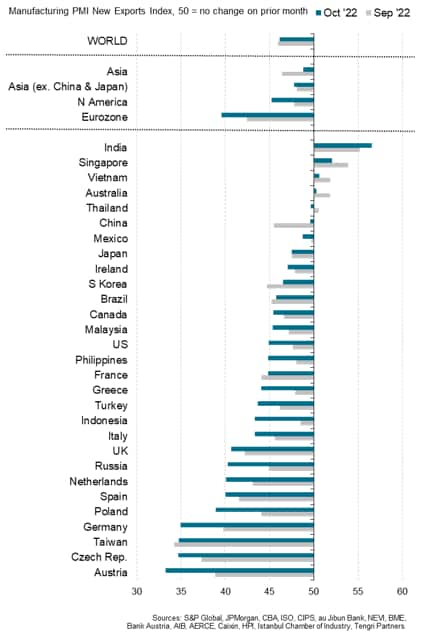 Some improvements on the supply side provided slight relief for global goods producers in terms of prices. Both input cost and output price inflation eased marginally at the start of the fourth quarter. That said, the rates at which prices rose remained elevated when compared to the long-run average to suggest that global manufacturers continue to experience substantial price pressures into the end of year. 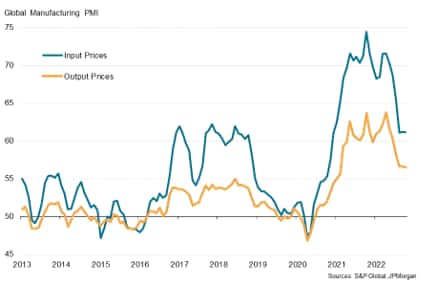 Amid the continued deterioration of demand and price pressures global manufacturers' business confidence weakened again at the start of the fourth quarter. The gauge of business optimism is now running at the lowest level since May 2020, and is particularly weak across the eurozone, UK and US amid growing risks of recession in these regions. 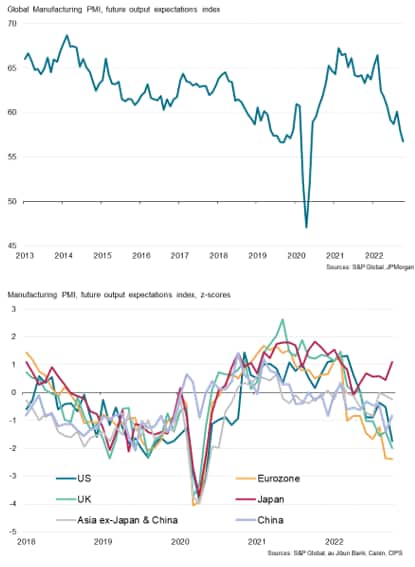