Once fully implemented, the Trans-Pacific Partnership (TPP) trade agreement should greatly benefit exporting manufacturers in Vietnam as barriers to trade are removed, aiding their competitiveness overseas. This note looks at some of the reasons for optimism among Vietnamese firms, as well as the latest information on the sector provided by the Nikkei PMI, produced by Markit.

After years of negotiations, agreement on the TPP trade deal was reached on October 5th. Vietnam is one of 12 countries currently part of the agreement which now passes on to the signing and ratification stage. This is potentially a lengthy process with the possibility of political difficulties in a number of countries. For example, the new Canadian government has expressed some scepticism about the deal in the past, while doubts are also present in the US and Japan. However, if and when it is finally implemented, the deal has the potential to provide a major boost to export trade at Vietnamese manufacturing firms.

One of the key tenets of the deal (the details of which are largely secret at this stage) will revolve around the removal of trade barriers between the participating nations. The removal of tariffs on Vietnamese goods exports to countries such as the US would boost the price competitiveness of Vietnamese producers, particularly compared with competitors who aren't part of the agreement, notably China. Moreover, a number of commentators, including ratings agency Fitch , estimate that Vietnam will be the biggest gainer of the 12 countries currently part of the agreement.

One of the reasons for optimism among Vietnamese firms revolves around the types of goods they produce. Reports suggest that the Textiles and Apparel sector has been one of the main areas of negotiation, an important area for manufacturers in Vietnam with textiles and footwear combined accounting for almost one-fifth of their exports.

TPP membership will also provide a meaningful boost because Vietnamese firms will be able to leverage existing established trade relationships, which are by no means confined to its near neighbours. The other TPP members currently account for around two-fifths of Vietnam's exports, with 17% to the US alone. With trade set to become easier with these countries, their importance as export destinations will likely increase. 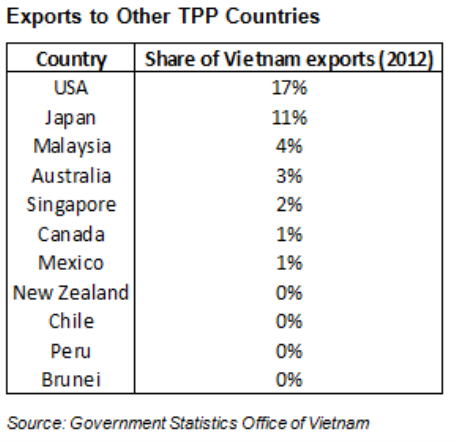 Aside from the potential benefits from the removal of barriers to trade, the TPP also covers some elements that might prove problematic for Vietnam to implement. Protection for labour rights, particularly with regards to industrial relations, would require a loosening of central control. Meanwhile, stricter environmental standards could add to costs for firms as they are forced to adapt. However, the overall impacts of the deal should be positive and any reforms in the aforementioned areas will help the economy in the longer term. The fact that the government has agreed to a deal which will reduce some of their own control highlights how positive they perceive the overall agreement to be.

The Vietnamese economy has generally performed well this year, with the Government Statistics Office reporting annual GDP growth of 6.5% over the first nine months of the year. Meanwhile, the manufacturing sector recorded a near two-year sequence of output growth from October 2013 to August 2015, according to Nikkei PMI data, including the strongest rate of expansion in the series so far. Exposure to export markets outside the generally weaker-performing Asia Pacific region was partly behind this success. 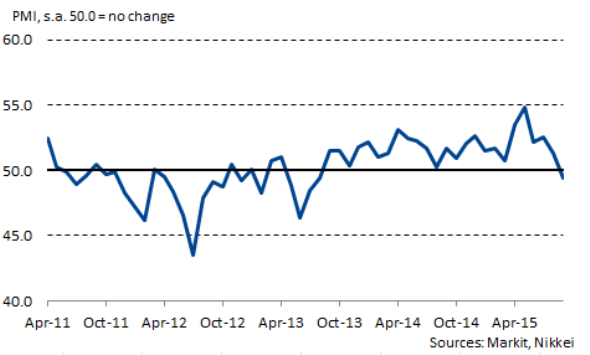 However, latest data pointed to a fall in production during September as new export orders declined at a solid pace amid weaker demand in global markets. Vietnam continues to outperform its regional neighbours, however, some of whom are seeing much sharper declines at present. 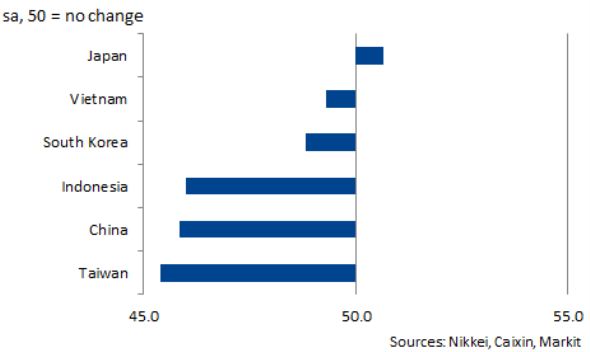 With Vietnam currently one of the best-performing Asian emerging markets, the country is well placed to build on this strength once the benefits of the TPP are realised. The government will therefore hope that the ratification process will run smoothly and without too much delay. Once more details on the agreement are released it will be easier to determine how firms will be able to gain from its eventual implementation and what pitfalls might lay ahead.