In a previous post earlier in 2022 ( https://ihsmarkit.com/research-analysis/bayuundan-dlng-and-barossa-the-energy-transition.html), S&P Global outlined the then proposed Darwin Pipeline Duplication (DPD) Project, which involves an important change to the futures of the Bayu-Undan and Barossa fields, as well as how it sits against the backdrop of carbon capture in Australia. Subsequently in August 2022, Santos took Final Investment Decision (FID) for the DPD project which will now see future Barossa gas being sent straight to the onshore Darwin LNG (DLNG) plant, allowing the preservation of the Bayu-Undan pipeline for carbon capture initiatives at the field. This updated post will look to provide information on the current state of play for the project and what the future will look like.

At present, gas is supplied via subsea pipeline from the offshore Bayu-Undan field to the onshore Australia Darwin LNG plant (DLNG) for conversion into liquefied natural gas (LNG) for export (3.7 MMtpa capacity, one train). However, operator Santos has outlined that the field will reach the end of its life at the end of 2022, which will then require Barossa to fill the gap at DLNG, due online in 1H 2025. With the DPD project confirmed, the future of the Bayu-Undan field is clearer; it will switch to a carbon capture storage (CCS) site.

Prior to the DPD plans, the planned Barossa gas export pipeline (GEP) was to tie into the existing Bayu-Undan GEP that sends gas to Darwin LNG, which would negate the need for a full-length pipeline to shore from Barossa. However, under these previous plans, carbon dioxide (CO2) from the Barossa gas stream was to be vented to the atmosphere via the Floating Production Storage and Offloading (FPSO) vessel where CO2 levels at Barossa average 18%, and the FPSO CO2 removal membranes was planned to achieve around 6% for the export gas.

However, with the DPD project now confirmed via the FID announcement in August 2022, it means the Barossa GEP will no longer tie into the Bayu-Undan GEP and will instead extend all the way onshore to DLNG; this will preserve the Bayu-Undan GEP for CO2 transport to the proposed Bayu-Undan CCS facility for storage in the depleted reservoirs of the field. The project plans to store up to 10 MMtpa of CO2 from multiple sources (including Barossa CO2) with start-up outlined to be in line with the early years of Barossa production (2027). Most importantly, the bulk of Barossa CO2 previously planned for the atmosphere, will now be stored safely in the subsurface and not contributing to climate change.

With the DPD project confirmed, the future is clearer. Bayu-Undan will cease production this year, followed by a two year wait for DLNG to process gas again. However, the two-year hiatus has always been known, but the sanction of DPD plans further solidifies the Bayu-Undan CCS vision and also makes Barossa gas much more environmentally friendly.

At the time of the previous post, targets for Australia were to reduce GHG emissions by 26% to 28% below 2005 levels by 2030, and net zero by 2050. However, in June 2022, these targets were made more ambitious by increasing to 43% below 2005 levels by 2030, and again net zero by 2050. The DPD and Bayu-Undan projects alone won't achieve this but had the DPD project not been sanctioned, it would have made the target likely unimaginable.

The change in development plans for the fields, in particular Barossa, for what seemed set in stone, is a true reflection of how the energy transition and emission reduction message is shaping the industry for the better. CCS is a proven method for emission reduction, but the next challenge on this journey is to get more projects like this developed if Australia is to work towards its emission reduction goals. 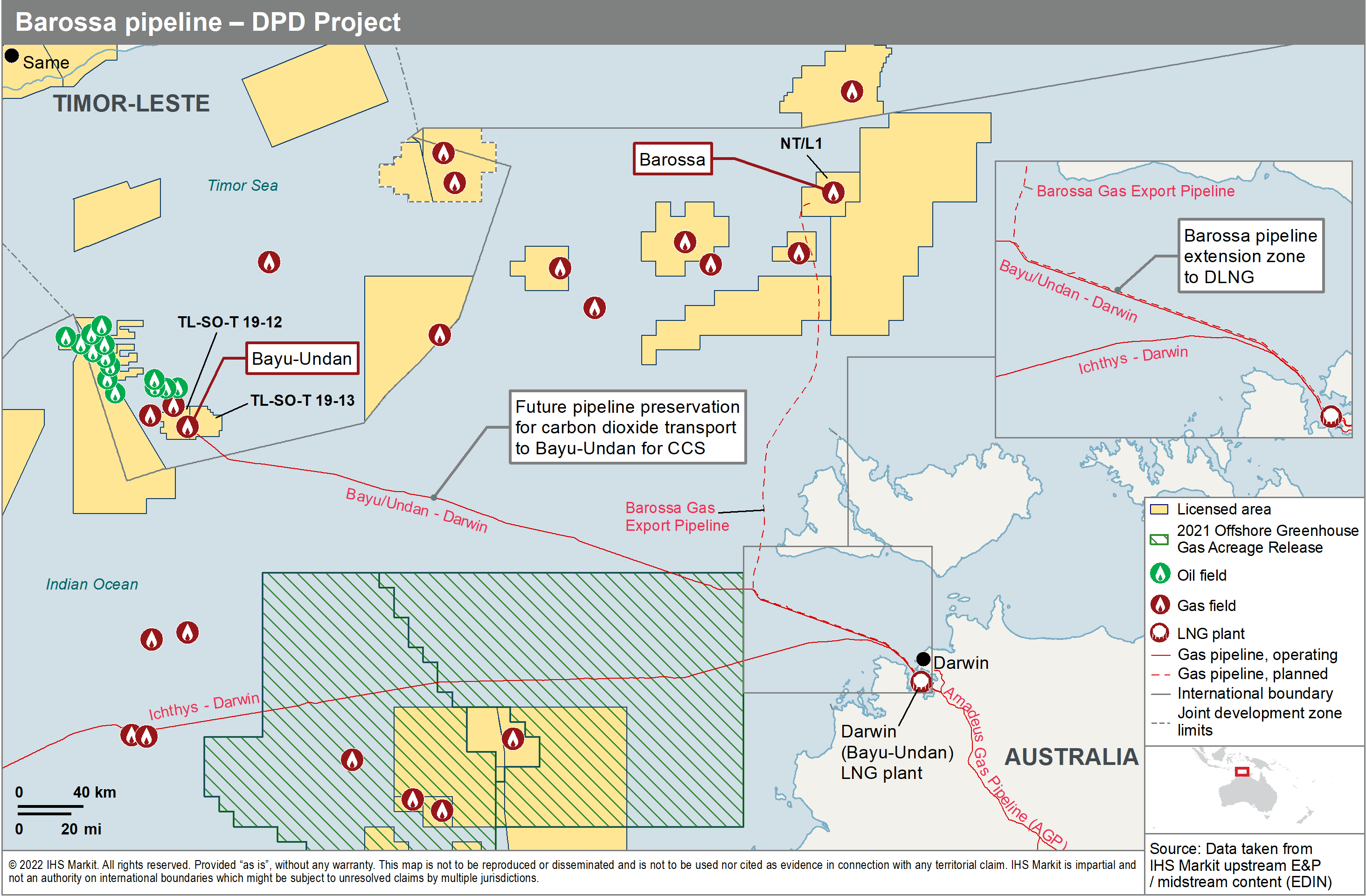