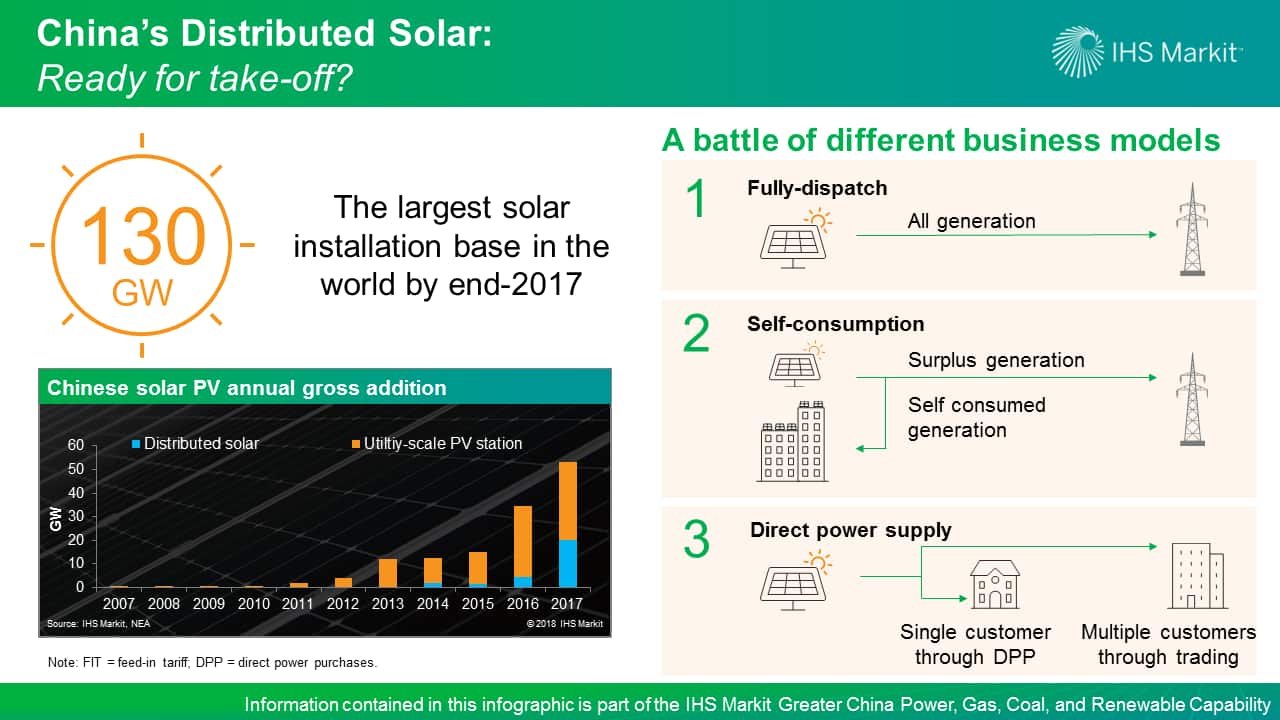 The Chinese government launched DPV subsidy program in 2013 but it wasn't until 2017 that full policy support switched on. Compared with DPV, about 70% of utility-scale solar capacity is in the sparsely populated northwest region owing to good solar irradiance and vast and cheap land resources. However, these large projects are far from the power demand centers in the east, and therefore face serious curtailment.

In addition to policy support, other factors also contribute to DPV's recent rise and will drive its future growth.

However, there are uncertainties in DPV's future development. Policy may be the biggest factor. Many DPV-related policies and regulations are still evolving, including the definition of distributed solar, self-consumption requirement, and subsidy reduction to reflect declining capital cost. On the market side, unstable output requires battery and other ancillary services to ensure grid reliability.

Learn more about our coverage of the China energy market through our regional power, gas, coal, and renewables service.