US manufacturing growth accelerated in March as robust demand and improving prospects countered the headwinds of soaring cost pressures and the Russia-Ukraine war.

The S&P Global US Manufacturing Purchasing Managers' Index™ (PMI™) posted 58.8 in March, up from 57.3 in February to signals the strongest improvement in the health of the US manufacturing sector since last September.

The details of the survey were even more encouraging than the rising headline number, with output and demand growth on improving trends as supply delays eased, jobs growth accelerated and businesses becoming even more optimistic despite the month seeing the escalation of the Russia-Ukraine war. Price pressures also showed tentative signs of having peaked late last year.

A key driver of the higher PMI was faster growth of production, which rose at a rate not seen since last July. The strengthening production index from the PMI is broadly indicative of robust official manufacturing output growth in excess of 1% on a three-month-on-three-month basis. 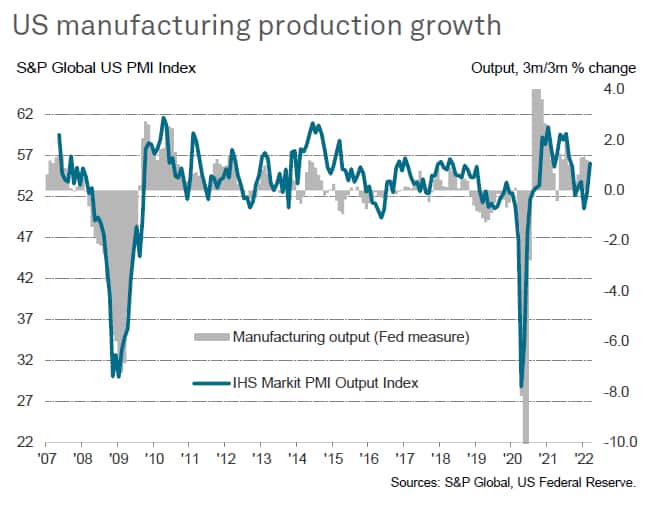 Inflows of new business also grew at the strongest rate for six months as customers looked to the further reopening of the economy amid signs that the disruptions from the pandemic continue to fade. Both domestic and export order book growth improved, with new export orders notably rising at the joint-fastest pace for almost a year.

The rise in demand meant new order inflows once again ran ahead of production to suggest that output growth could have been even stronger had it not been for ongoing constraints on production, though notably the output shortfall relative to demand was the joint-smallest seen over the past year. 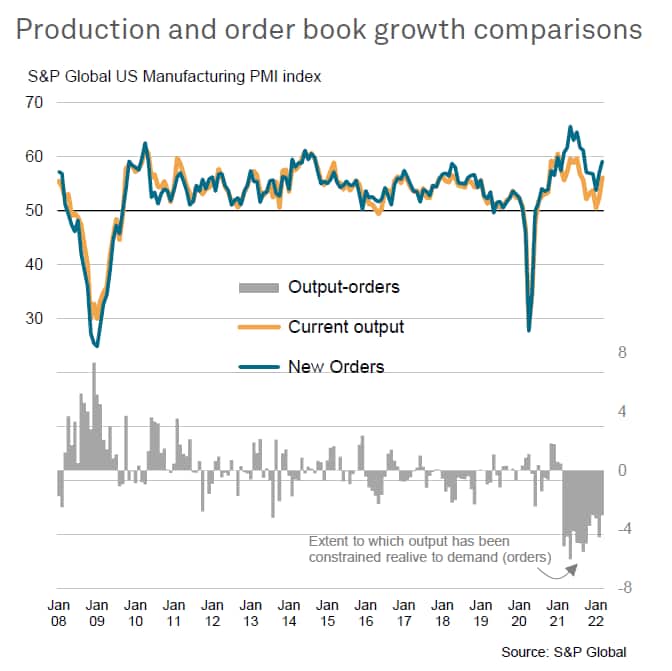 While higher output was encouraged by the upturn in order book growth, it was also facilitated by fewer supply constraints. Separately, even as companies continued to report widespread production constraints due to supply chain bottlenecks, the incidence of such delays is now lower than at any time since January 2021.

Likewise, backlogs of work at manufacturers also grew at a reduced rate comparable to that seen throughout much of 2021, linked to these easing supply constraints as well as jobs growth having improved to an eight-month high as fewer companies reported labor shortages. 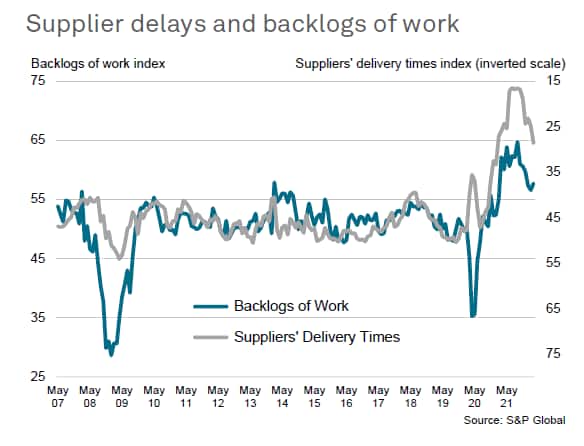 Similarly, although price pressures remained elevated, with surging energy costs pushing firms' costs higher at an increased rate in March, rates of inflation of both input costs and average selling prices have fallen from the record highs seen late last year to hint that US consumer price inflation could likewise soon peak. 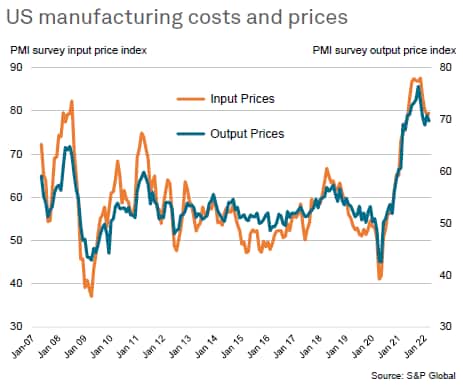 It was especially encouraging to see business optimism about the year ahead improve further in March, despite the new uncertainties, sanctions and geopolitical risks caused by the Ukraine invasion, with optimism among producers now the brightest since late-2020. 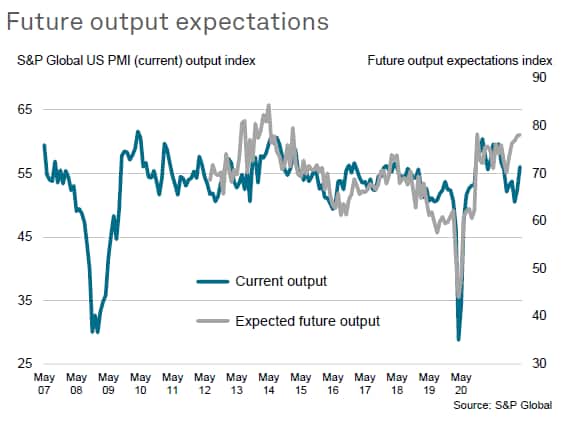