US manufacturing flirts with recession despite output rising in June

US manufacturing output rose 0.4% in June, its biggest monthly gain since December, but the rise failed to prevent the sector contracting over the second quarter as a whole, dropping at a near-identical rate to that signalled by our PMI™ surveys. Both the official data and business surveys have indicated falling output for two consecutive quarters, meeting the technical definition of a manufacturing recession, though the surveys send contrasting signals for current growth momentum. More will be known with forthcoming flash PMI survey releases for July. 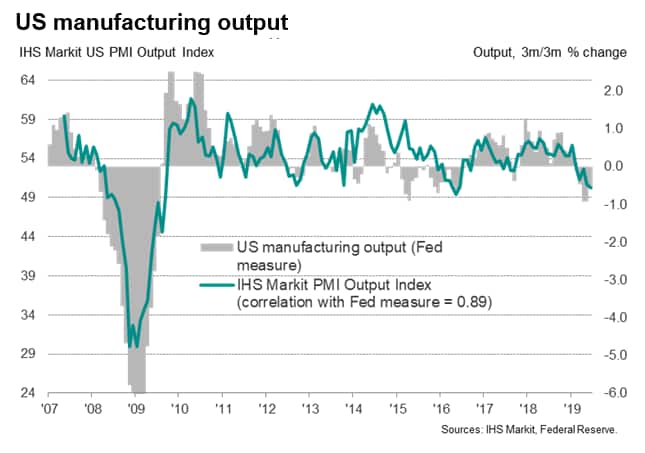 Output down for second quarter running

Official data from the Federal Reserve showed manufacturing production rising 0.4% in June, up for a second successive month after a sharp decline in April. However, given the scale of the drop in production in April, the latest rebound failed to lift output in the second quarter as a whole above that of the first quarter. Output consequently fell 0.6% over the three months to June compared to the first quarter, during which production had also slipped by 0.5%.

The two successive quarterly declines seen over the first half of the year broadly match those indicated in advance by the IHS Markit PMI as demonstrated by our first two charts. Applying a linear regression on the same raw data as the first chart, the second chart transforms the PMI diffusion index into a comparable three-month-on-three-month rate of change in the official data. The manufacturing PMI's output index (note, not the headline composite PMI) is used as the sole explanatory variable of quarterly changes in the official manufacturing output data. The two series exhibit a correlation of 89% and a regression adjusted r-square of 0.788, illustrating the powerful predictive ability of the PMI, which is available almost one month ahead of the official numbers. 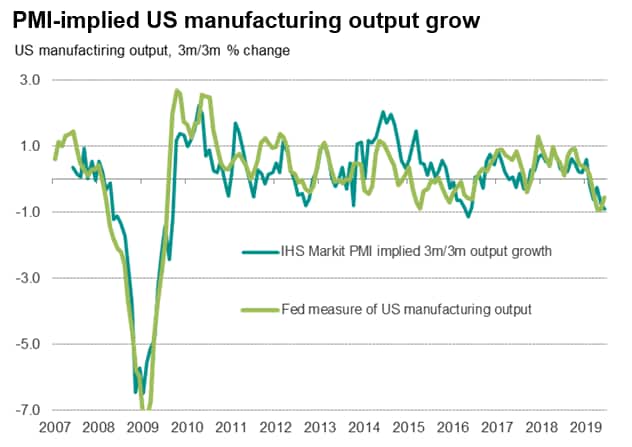 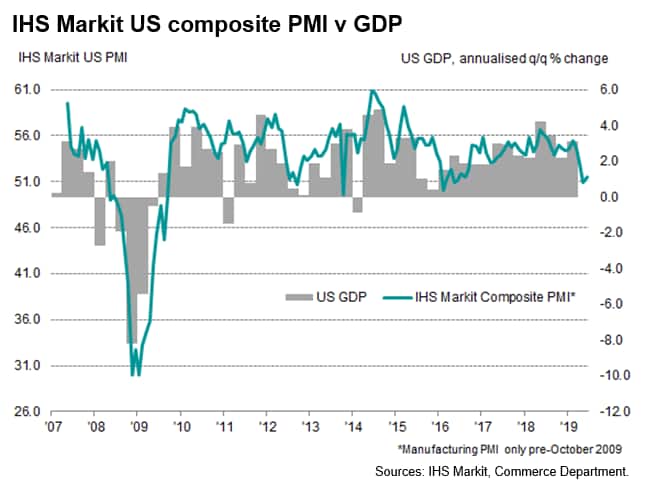 The big question of course is whether the improvement in the official data in June represents a turning point which will lead to stronger output growth in the third quarter.

A major development in recent months has been the deteriorating performance of larger companies in the PMI survey, where May and June saw the lowest large company PMI readings for a decade. After inventories rose sharply earlier in the year, large companies moved to destocking in May and June amid a sharp slowing in new order inflows. The weaker growth of larger firms compared to earlier in the year brings their performance more into line with small and medium sized companies (and incidentally likely explains the steep deterioration in recent ISM survey readings, as this survey focuses on large companies).

Although June saw a slight improvement in new order inflows compared to May, which matches the upturn in the official manufacturing output gauge, the past two months have seen some of the worst order book growth across the manufacturing economy since the third quarter of 2009. Such sluggish sales growth suggests that production growth will likely remain weak - at best - into the third quarter.

Companies themselves are also expecting a tough year ahead amid growing trade war tensions. IHS Markit's Global Business Outlook survey found that a marked deterioration in sentiment in the US to the lowest since 2016 contributed to the gloomiest overall global outlook for output growth since survey data were first available in 2009.

The survey data therefore hint that the 0.4% rise in manufacturing output in June could represent a false hope of a strengthening production trend. 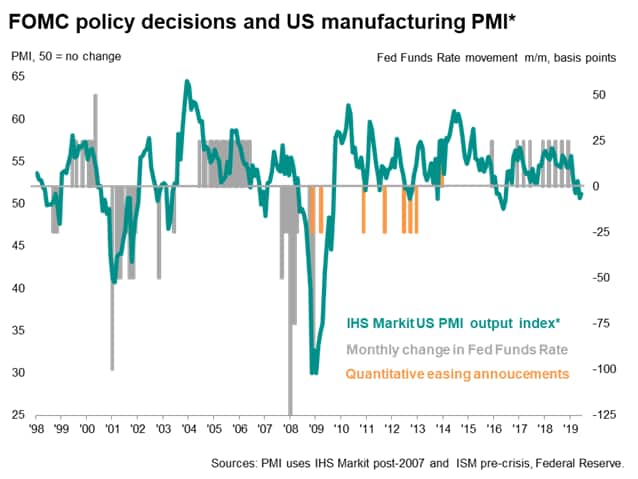 With FOMC policymakers eager to ascertain the impact of slowing international growth and trade frictions on the US economy, any further slowdown in the goods-producing sector will likely add to the case for rate cuts. Conversely, a third quarter strengthening will lead to stimulus expectations being pared back again. In this respect, the upcoming flash PMI data will provide important guidance.

The flash PMI survey results, published on 24th July and ahead of the next FOMC meeting, will help assess the pace of growth of the economy at the start of the third quarter, including insights to the service sector as well as manufacturing. Note that the surveys collectively indicated a modest annualised GDP growth rate of 1.5% in the second quarter, which likely provides an accurate advance indication of a slowing in the official GDP data, due to be published 26th July. 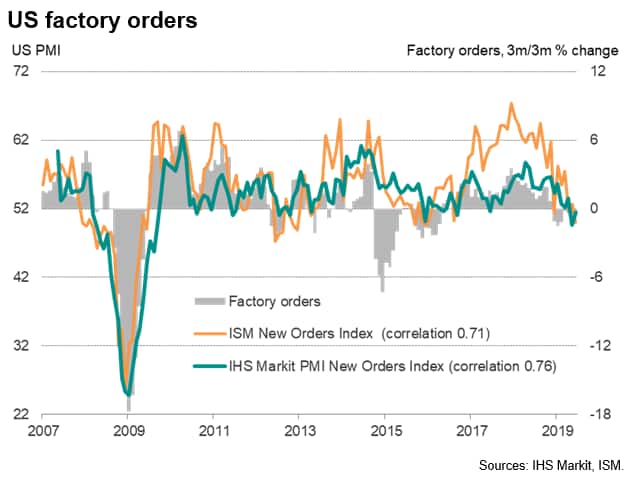