A slump in the Hong Kong PMI to its lowest since 2009 indicates that the economy is on course for its first recession in a decade in the third quarter, as business activity is increasingly disrupted by protest-related paralysis. Worries that both the US-China trade dispute and the local political situation will worsen in coming months meanwhile saw sentiment about the outlook plunge to the lowest since data on expectations were first collected in 2012. 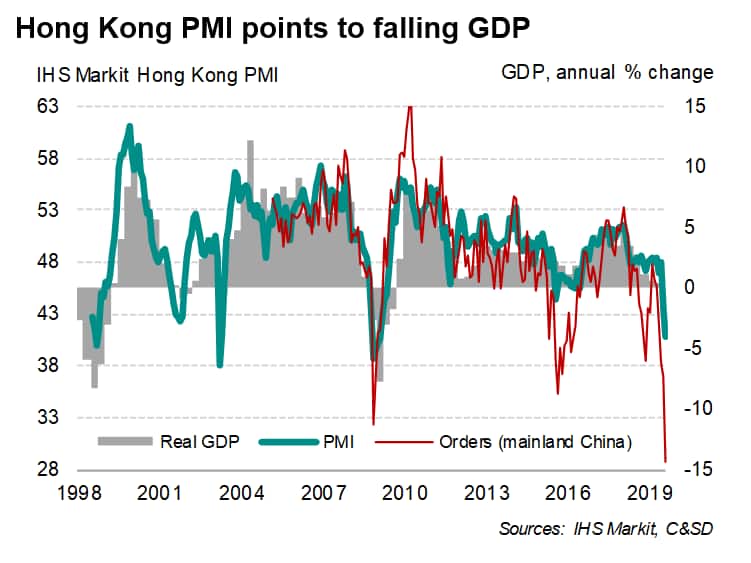 The IHS Markit Hong Kong PMI™ plunged from 43.8 in July to 40.8 in August, indicating the steepest deterioration in private sector business conditions since February 2009.

At 42.3, the average PMI so far in the third quarter is down from 47.7 in the second quarter and the lowest since the depths of the global financial crisis in early 2009. This is broadly indicative of the economy contracting at an annual rate of around 3%, suggesting that Hong Kong has slipped into a recession in the third quarter. GDP fell 0.4% in the second quarter.

The only other occasions on which the PMI survey has recorded a steeper downturn in more than two decades of history have been during the Asia Financial Crisis in 1998, the SARS epidemic in 2003 and the global financial crisis in 2008-2009.

Rates of decline of output, new orders and export sales all accelerated sharply in August as businesses continued to be buffeted by trade war tensions and political unrest. The latter has reportedly played an increasing role in dampening economic activity during recent months, according to anecdotal evidence, with August seeing a spike in the number of comments attributing domestic protests to lower output. At the same time, the ongoing US-China trade spat still exerts notable downward pressure on business activity across Hong Kong's private sector. 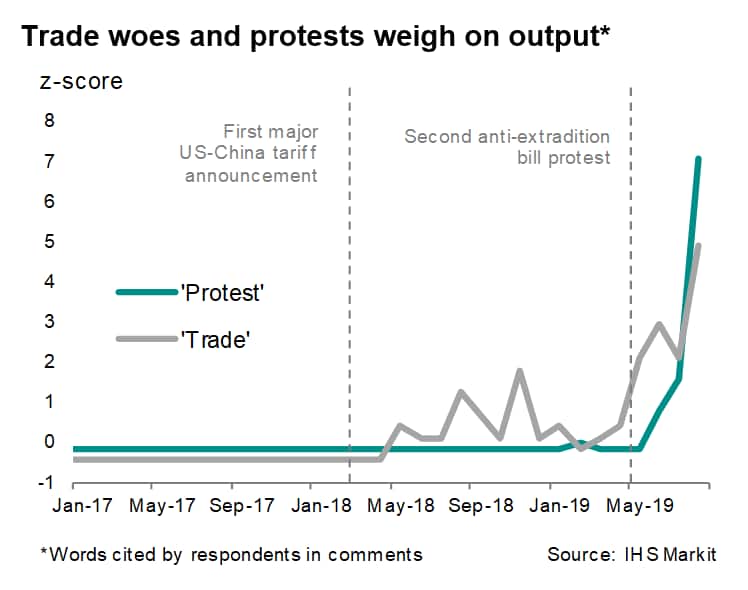 With few signs that the increasing headwinds to Hong Kong's economy are letting up any time soon, pessimism spread to more firms, with the Future Output Index, the PMI's only sentiment-based gauge, slumping to its lowest since that series began in 2012. The increasing gloominess also manifested itself in companies' decisions to cut back deeper on purchasing activity and inventories. In fact, August's survey saw record declines on both fronts. 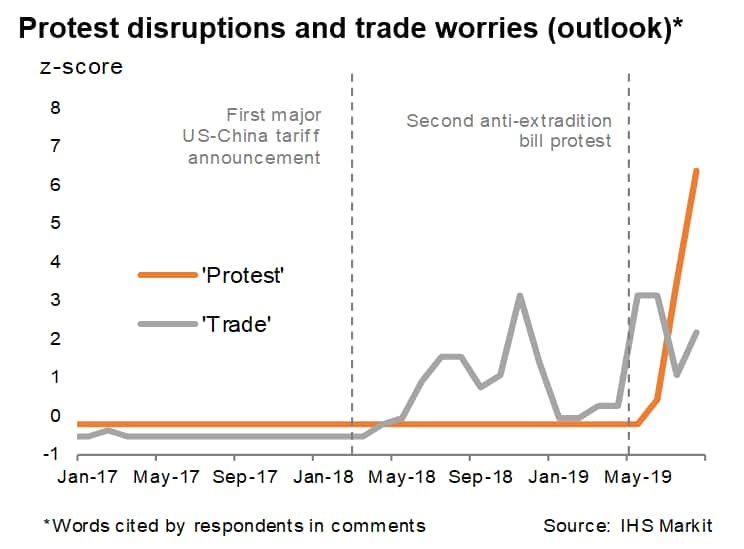 The escalation of the local demonstrations meanwhile also affected supply chain operations. Longer delivery times were reported for the first time in six months during August, with delays often linked to increased security checks and other protest-related disruptions.

Even if there is a resolution to the domestic political situation in coming months, an ongoing trade war between the US and China will likely continue to weigh on Hong Kong's economy. It's worthwhile to note that the PMI started signalling a deterioration in business conditions in April 2018, around the same time as when increasing trade frictions between the US and China flared up.

While the Hang Seng Index (HSI) has fallen over 13% since the end of April, PMI data (which exhibit a near 80% correlation with the HSI) suggest that a deeper decline could materialise in coming months. 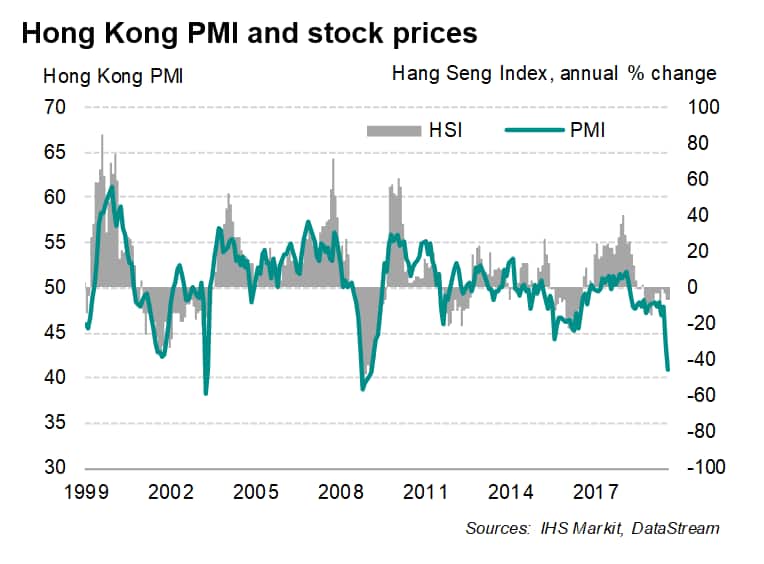