Business activity down sharply in Ghana amid inflationary pressures

Strong inflationary pressures as a result of a depreciating currency and public finance issues have begun to have a severe impact on demand and business activity in Ghana's private sector.

The S&P Global Ghana PMI dropped to its lowest in two-and-a-half years in October, with the latest decline only exceeded during the initial wave of the COVID-19 pandemic across almost nine years of data collection. 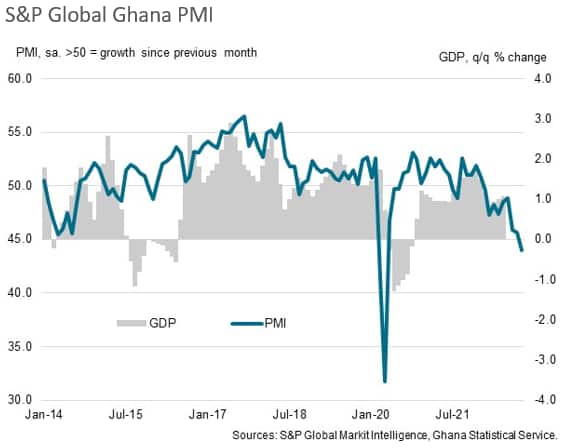 Concerns around national debt levels in an environment of rising interest rates across much of the world and strength of the US dollar have contributed to a marked weakening of the Ghanaian cedi. In fact, the currency has more than halved in value against the dollar over the course of 2022 so far. 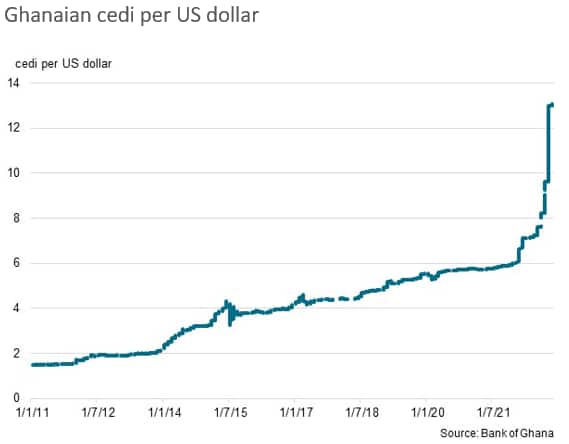 Currency weakness has exacerbated wider inflationary pressures, with steep price rises evident across both PMI and official inflation data. The PMI showed input costs for businesses rising at the fastest pace in around eight years during August, with inflation remaining elevated in the following two months as well. This has fed through to rising selling prices, with charge inflation running at the sharpest rates since the survey began in January 2014 in recent months. Efforts to tame inflation by the Bank of Ghana have seen interest rates hiked regularly over the course of 2022 so far, hitting a five-and-a-half year high of 24.5% in October and adding further financial pressures to the economy. 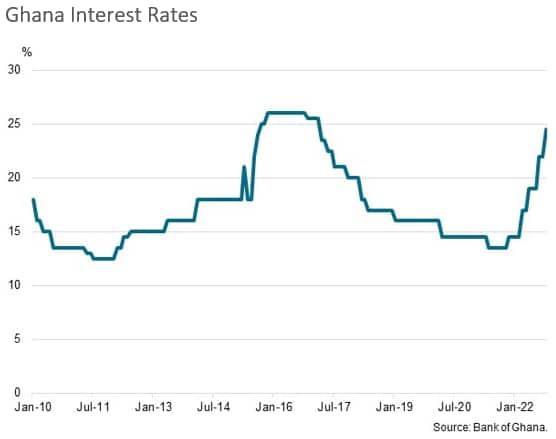 Price pressures have had a severe impact on demand according to the PMI survey. New orders have decreased in each of the past eight months, with the contraction in October the sharpest in the survey's history outside of the first wave of the COVID-19 pandemic in early-2020. Subsequently, business activity has also been scaled back substantially, and to a pace unprecedented outside of the initial pandemic outbreak. 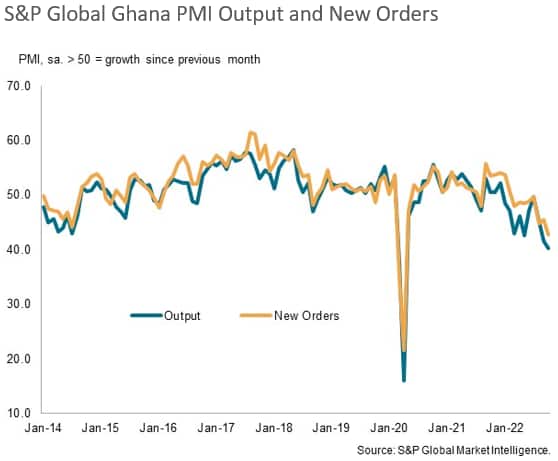 Pressure on finances also led firms to cut back on staffing levels and purchasing activity, while business confidence slumped to a two-and-a-half year low. Overall, these data highlight how Ghana's fiscal problems have translated into challenges in the real economy, putting severe strain on households and businesses.