Growth in Asia regains momentum in May, but manufacturing struggles

The following is an extract from IHS Markit's Asia monthly economic overview. For the full report please click the link at the bottom of the article.

The Asian economy regained some growth momentum in May, but the manufacturing sector slowed further, according to PMI survey data. The Asia Composite PMI, compiled by IHS Markit from its various national surveys, rose from 51.8 in April to 52.1 in May. The latest reading is in line with the average seen so far this year and broadly consistent with Asia GDP growing at an annual rate of 5.5%. 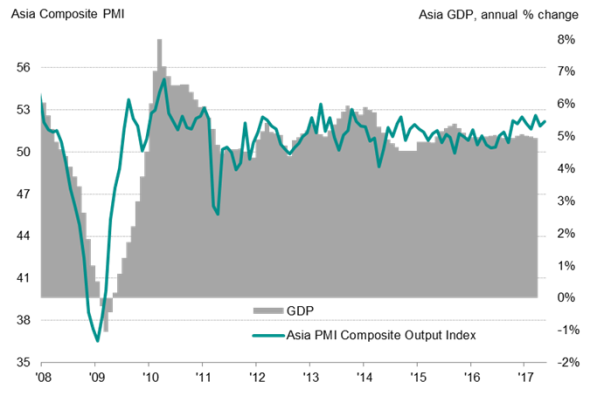 Growth was led by an upturn in the service sector. The Asia Services PMI showed a pick-up in business activity growth to the joint-highest in over 3" years. While there has been an improvement in services activity compared to early last year, manufacturing has struggled, with output growth across Asia slowing for a second straight month in May. 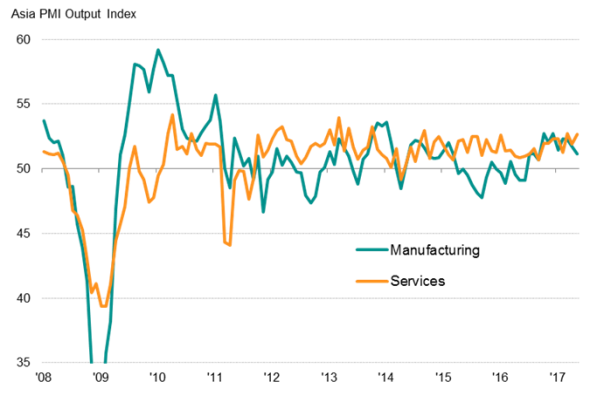 The May PMI surveys brought further signs of easing in Asia's manufacturing industry, which continues to lag behind wider global manufacturing growth trends. The latest slowing was mainly the result of a fall in the Caixin China Manufacturing PMI to an 11-month low.

The slowdown is likely to persist in the coming months, as signalled by forward-looking PMI sub-indices. New orders grew at a slower rate in May and expectations of future output weakened. 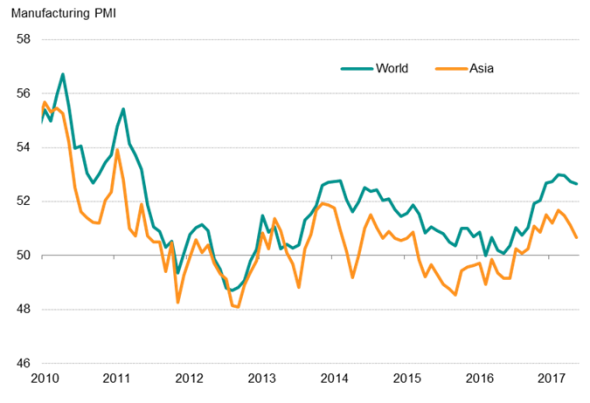 Slowing manufacturing activity has coincided with easing inflationary pressures, particularly in terms of input costs. Average cost burdens for Asian manufacturers showed the weakest rate of increase since August last year. That helped to take pressure off selling prices, which decreased for the first time in nine months. 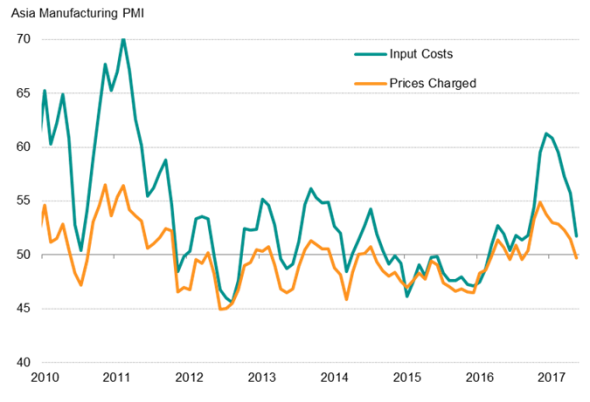