US headline inflation edged higher to 0.2% in October after the flat year-on-year reading seen in September, according to official data.

Much of the weakness reflects transitory effects, notably the recent drop in oil prices. More importantly, core inflation, which strips out volatile energy and food prices, held steady at 1.9%, a level not seen since the middle of last year prior to September. 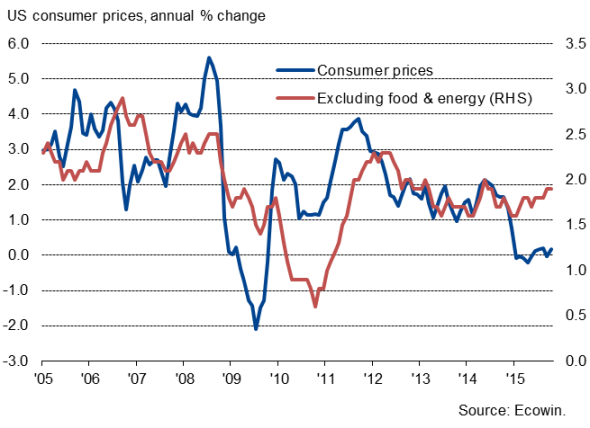 The core reading was merely in line with market expectations, and the Fed's preferred measure of inflation (the core index of personal consumption expenditures) is trailing behind at 1.3%, where it's been more or less stuck since the start of the year and well below the central bank's 2% target. 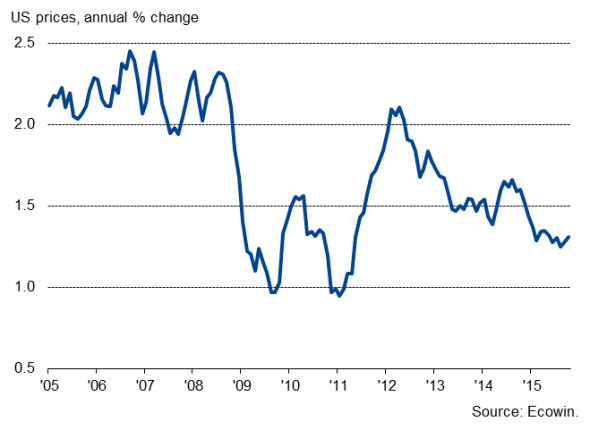 However, the sustained strength of underlying price pressures nevertheless adds weight to the belief that the Fed will start hiking interest rates in December, especially as the odds look to be tilted more towards inflation rising than falling in coming months.

Business survey data tracking month-on-month changes in firms' input costs have moved higher since the post-recession lows seen earlier in the year. Whereas the strong dollar and low oil prices were pushing costs down earlier in 2015, these effects are now showing signs of waning, and there is growing upwards pressure from wages.

Markit's latest Business Outlook Survey also found companies' pricing intentions to have been the most aggressive for three years. The number of companies expecting to hike prices exceeded those anticipating a reduction by +24% in October, up from +14% in the summer.

The survey data are by no means signalling a surge in inflation in coming months, but add to the probability that price pressures are starting to pick up gently.