The deterioration of the health of the Hong Kong SAR economy deepened in September, with the latest PMI survey indicating one of the steepest declines in business activity since the depths of the global financial crisis. Protracted political unrest and trade war tensions continued to hurt business sentiment, with firms' confidence sliding to a new survey low. The downturn also saw weakened price pressures as demand for goods and services slumped. 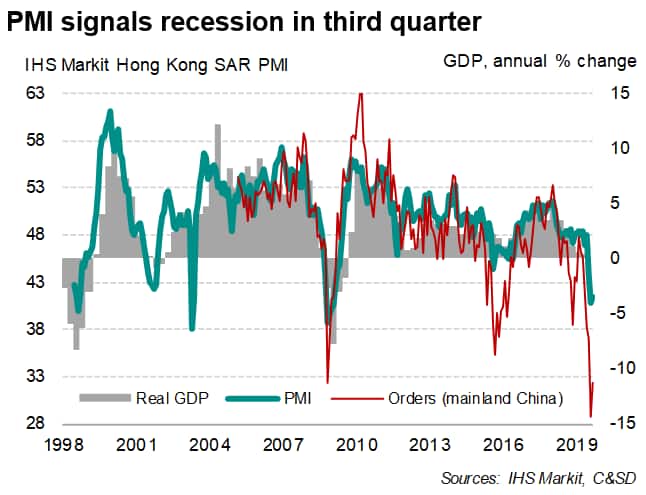 The IHS Markit Hong Kong SAR PMI™ rose slightly from 40.8 in August to 41.5 in September, indicating that business activity continued to contract at a sharp rate despite easing slightly from August, marking the second-largest deterioration in private sector conditions since February 2009.

September data finished off a third quarter in which business conditions deteriorated on average to the greatest extent since the first quarter of 2009. In over 20 years of data history there have only been two other occasions for which the PMI series has recorded a worse quarterly performance: the 1998 Asia Crisis and the 2008-09 Global Financial Crisis. Historical comparisons with GDP indicate that the PMI is broadly indicative of the economy contracting at an annual rate of over 3% in the third quarter.

Inflows of new business fell sharply, seen at the second-fastest rate of decline in over a decade. New orders from mainland China (a survey indicator unique to the Hong Kong SAR PMI), which included tourism-related businesses, fell at the second-sharpest rate since data on this variable were first available in April 2005.

Anecdotal evidence suggest that tourism and retail sectors were particularly badly affected by political protests in the territory.

Looking further at the details of the survey, the downturn was widespread across four major sectors comprising the PMI survey. The fall in construction activity accelerated amid stalled projects, while a steepening decline was also seen in manufacturing output. Services business activity and wholesale and retail trade likewise remained stuck in deep downturns. 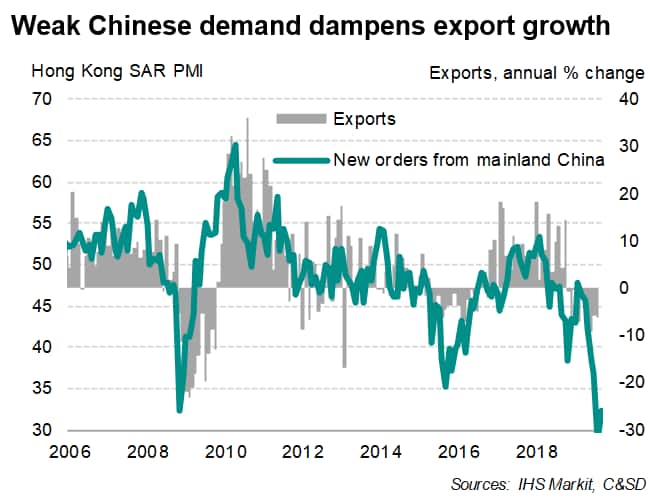 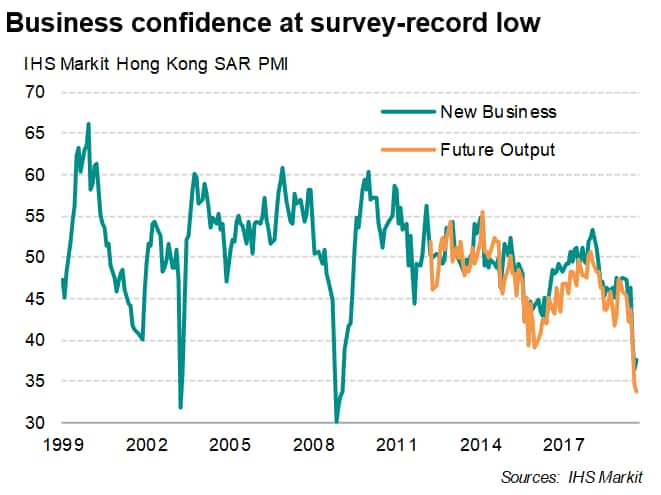 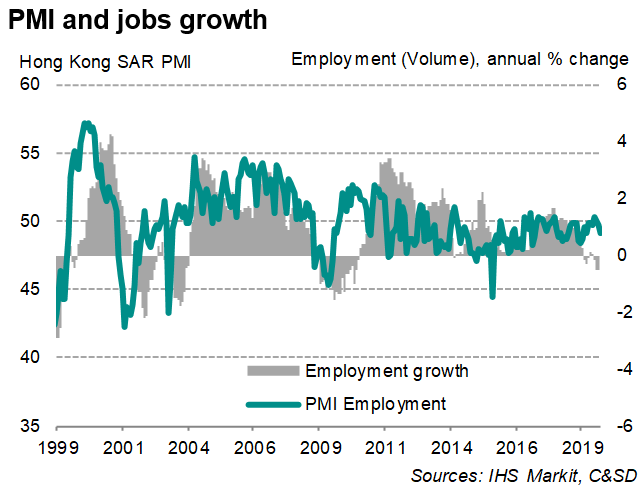 With no end in sight for the current economic malaise, September saw a worsening outlook among private sector firms. Businesses' expectations of their output in the year ahead sank to the lowest for seven-and-a-half years, reflecting escalating political unrest and US-China trade war tensions. The gloomy prognosis led firms to trim headcounts and cut back sharply on purchasing activity, the latter contributing to the steepest fall in stocks of purchases since the PMI series began in July 1998.

While an alleviation of the local political situation will surely lend support to economic activity, the global slowdown and widening trade conflicts suggest that Hong Kong economic growth is likely to remain under pressure. 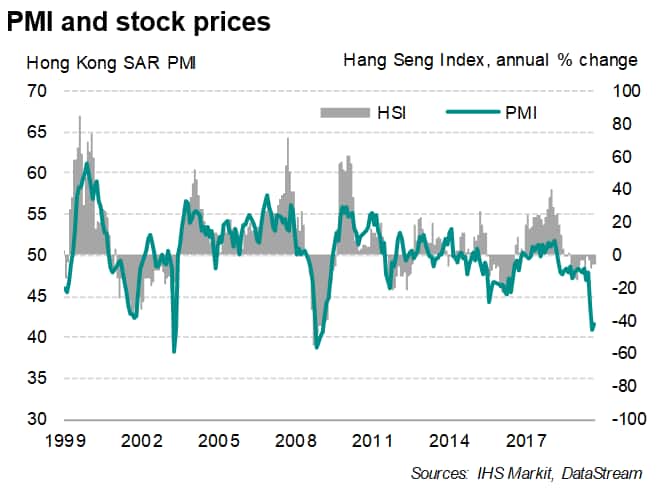