Global economic growth slowed to near-stagnation in February, according to PMI data. The JPMorgan Global PMI, compiled by Markit from its worldwide business surveys, sank to its lowest since October 2012. The headline PMI is broadly consistent with annual global GDP growth of just over 1% (compared to a long-run average of 2.3%). Weakness was broad-based across both the developed and emerging markets. 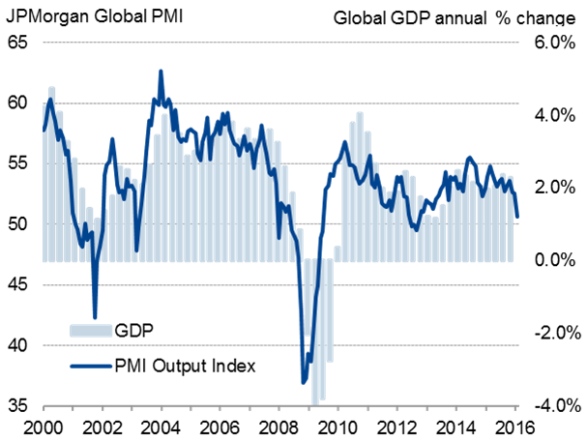 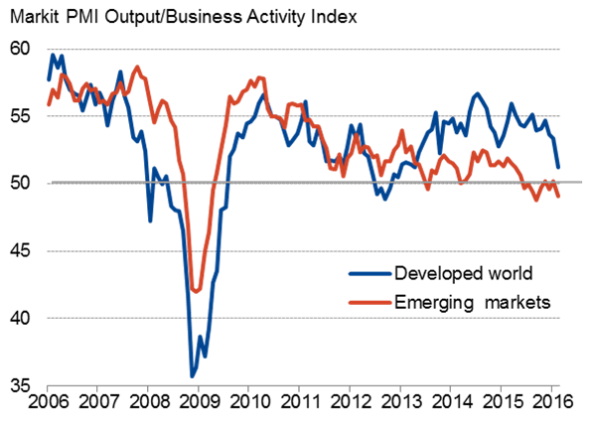 The developed world PMI fell to its lowest since April 2013, signalling just 0.5% annual GDP growth. Rates of expansion slowed in all four largest developed economies, with a steep slowdown in the US the most worrying, pushing the US down to stagnation and below the equivalent index for Japan. Slower growth was also seen in the UK, which is now seeing the same modest pace of expansion as the eurozone.

Markit's US PMI series for both manufacturing and services fell sharply again in February. Bad weather was partly to blame, but weaker underlying demand meant February was the second-worst month since the global financial crisis. Although both the surveys and official data showed job creation remaining robust, and keeping further rate hikes on the table, slower economic growth may soon feed through to weaker hiring. 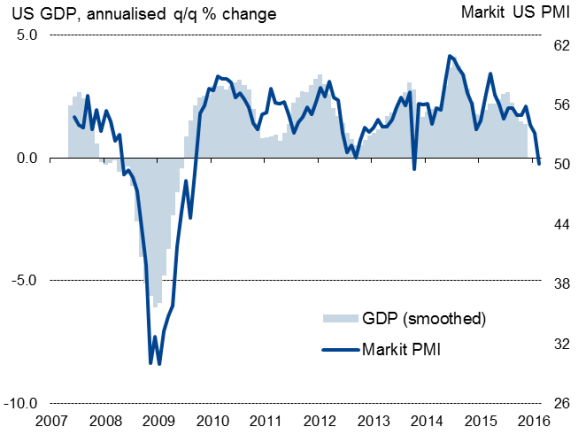