Incentivised by newly introduced taxes, South Korean conglomerates are expected to deliver record breaking levels of dividends across all sectors.

For the full report on South Korean dividends please contact us

A turnaround in corporate governance

Conditional support given to selected chaebols (conglomerates) in South Korea during the 1960s incentivised the aggressive growth of the country's exports and enabled rapid industrialisation.

However this resulted in a large concentration of economic power vesting in founding families controlling vast business empires. Since the Asian crisis in the late 1990s, these firms have been notorious cash hoarders.

As minority investors' outrage gained momentum, tightly controlled chaebols were dissuaded from the continued hoarding practices through the introduction of a profits tax. Implemented by the Korean government in 2014, the measure saw headline dividends grow by 16.2% in the same year.

Markit Dividend Forecastingexpects aggregate dividends from KOSPI 200 companies to rise for the third consecutive year, and forecasts 20.8% higher dividends of KRW 15.7tr for FY15, up from KRW 13tr paid for the previous corresponding period. 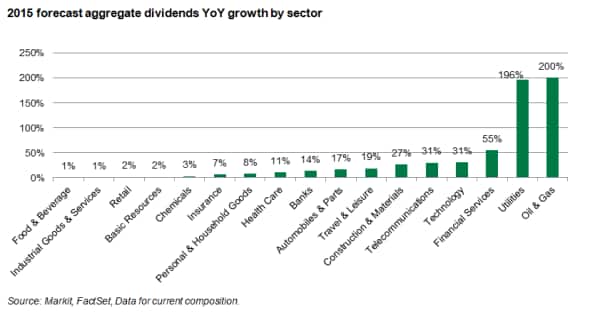 Total dividends from the three largest chaebols, Samsung, Hyundai and LG groups, are likely to grow 11% this year to KRW 6.8tr, representing approximately 43% of the index aggregate amount. Samsung Electronics is forecast to return 30%-50% of annual free cash flow through share buybacks and dividends for the next three years, and expectations are for record high total dividends of KRW 2.8tr, up 8.4%. Hyundai Motor Co and Kia Motors are projected to distribute 31.5% and 8.9% higher aggregate dividends respectively. 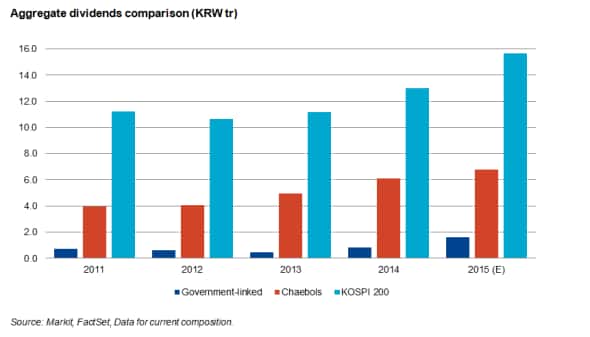 Markit Dividend Forecasting estimates reflect companies' aims to raise their payout ratios to 15% this year and to 20%-30% in the mid- to long-term. This is impressive growth from the previous year's 6% payout ratio.

Dividends not enough to counter selloff

Investors' reactions to the increased dividends have been watered down due to the impact of market events and volatile fund flows during 2015. A continued selloff in emerging markets and price weakness in commodities has hurt large South Korean industries, with the KOSPI 200 looking to end flat for 2015. 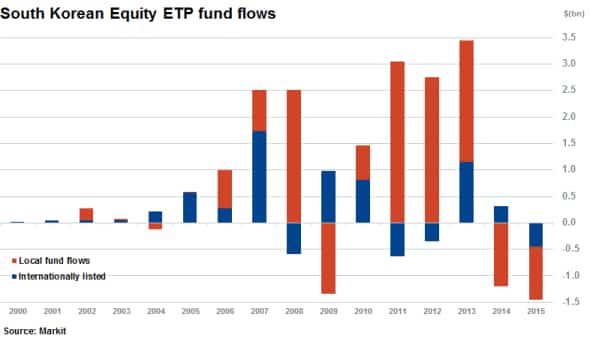 Largely due to the selloff in emerging markets, investors have withdrawn $1.5bn from South Korean equity ETFs year to date. While flows have been volatile, year to date outflows in local funds have been twice that of internationally listed funds.

While efficiency and decarbonization are critical aspects of datacenter sustainability, there are other factors to… https://t.co/rbu7WbjyZ7

RT @SPGMarketIntel: Join Chris Williamson, Chief Business Economist from the Economics & Country Risk team, to get the latest insights into…