Rules of US China trade

US - China trade relations are governed by the WTO rules. WTO has 164 members and over 20 accessions in progress. Member countries are free to negotiate bilateral, plurilateral, regional trade agreements. Preferential trade agreements provide additional layers of tariff reductions and other benefits.

Under WTO agreements, members have to treat all other members equally regarding tariffs: the Most Favoured Nation (MFN) rule. In addition, member countries have to treat imported products as domestic products in the application of sales tax, otherwise, sales tax could be a form of duty on imports.

Under certain circumstances members can deny the MFN treatment to other members. China has been a WTO member since 2001.

US China Trade - by Value, Volume, Mode of Transport 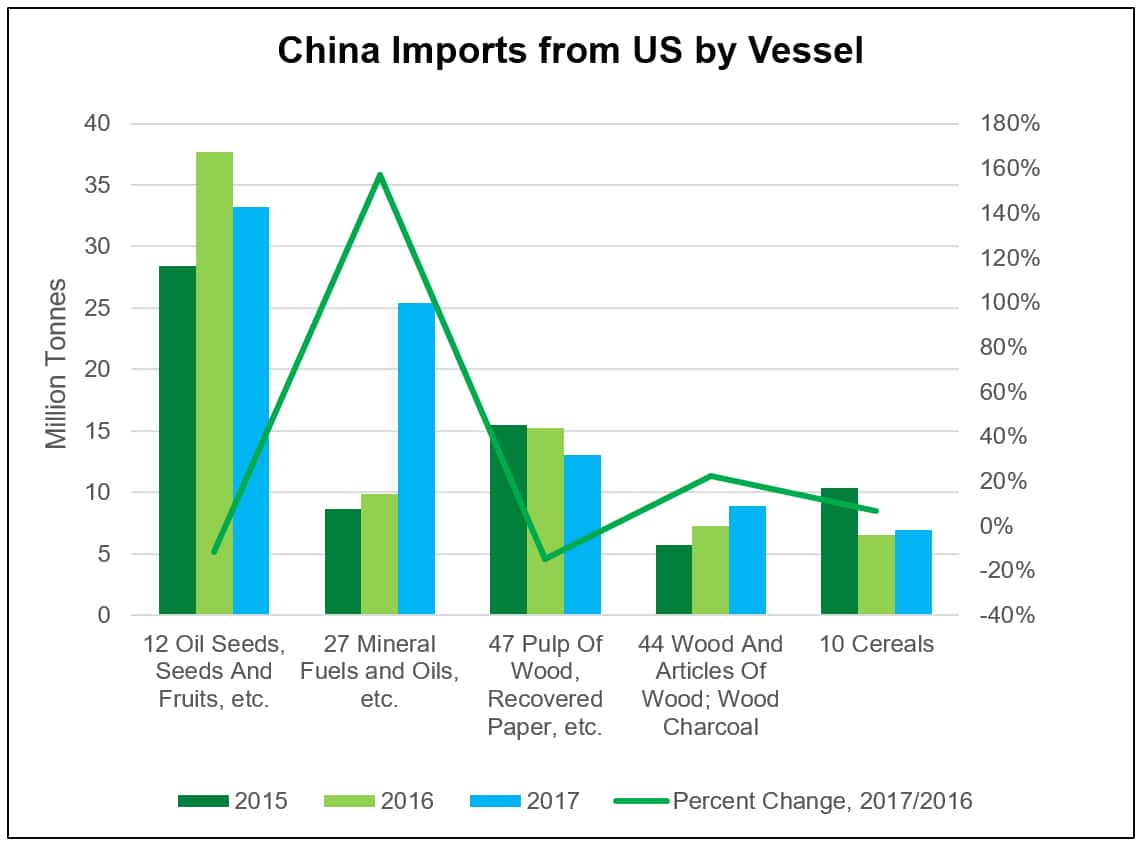 How tariffs could affect China imports of US Soybeans 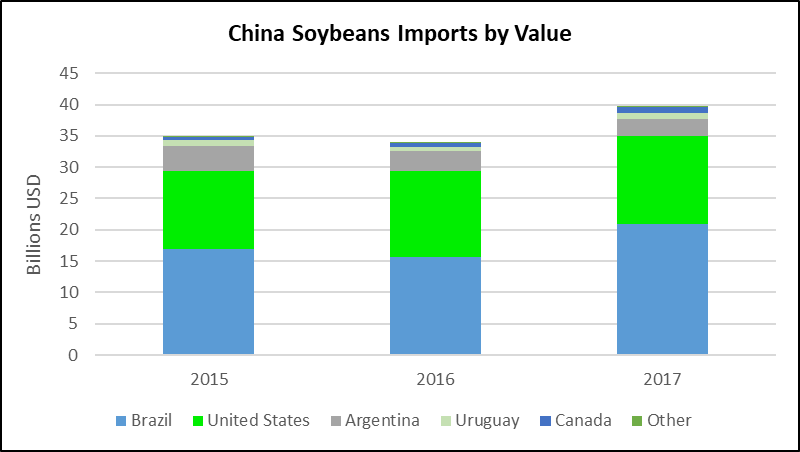 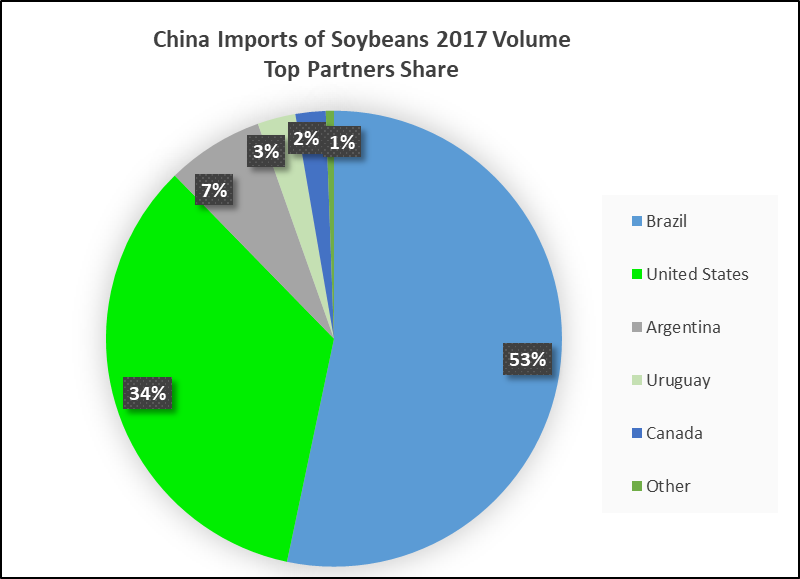 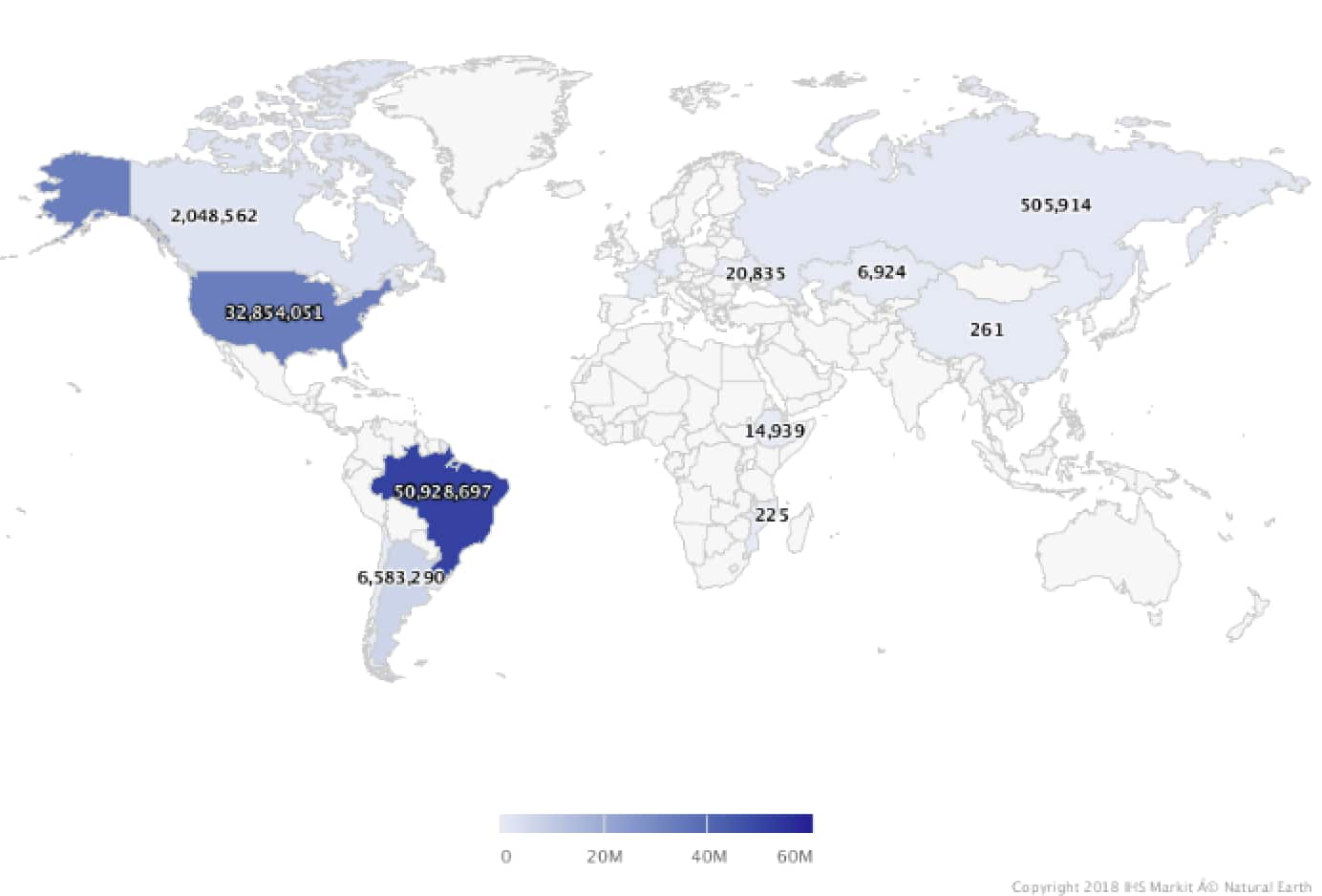 China alternatives for US soybeans:

The imports of US soybeans of 33 million tonnes could not be replaced now by imports from other countries since the available supply is only 20 million tonnes. China could decide to decrease demand by using other agricultural products as substitutes.

Research based on value and volumes of product:

HS code 1201 (Soybeans, Whether Or Not Broken), referenced in the article as soybeans.

This column is based on data from IHS Markit: