Global economic growth slowed to the lowest since January in August as the spread of the COVID-19 Delta variant disrupted activity around the world, led by a renewed downturn in the emerging markets.

At 52.6, down sharply from 55.8 in July, the JPMorgan Global PMI™ (compiled by IHS Markit) fell to its lowest since January. Although remaining at a level consistent with global GDP continuing to grow at a solid pace in the third quarter after near-record growth surge in the second quarter, the latest data indicate that the pace of expansion has now slowed for three successive months to the weakest since the start of the year. 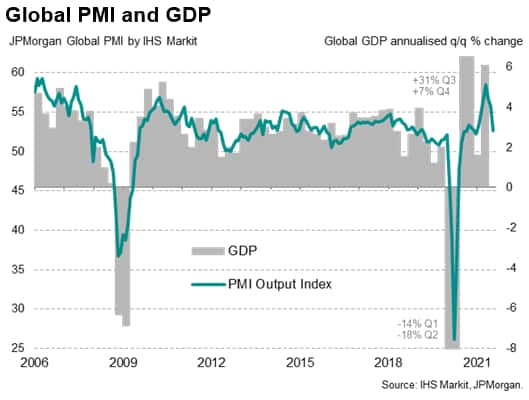 The slowdown has occurred at a time of rising COVID-19 cases around the world, attributable to the spread of the more infectious Delta variant. This has in turn led to a pause in the loosening of COVID-19 containment measures, on average, and even a re-tightening of restrictions in some countries.

Although some major economies such as the UK, the eurozone bloc, India and Brazil scaled back their virus-fighting restrictions in August, containment measures were tightened in the US, Japan and China as well as in a number of smaller manufacturing-oriented Asian economies. The net result was no overall change in global containment measures after six months of these restrictions having been continually reduced. 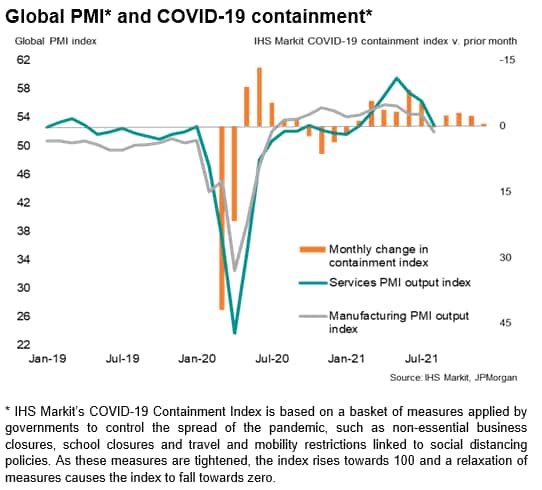 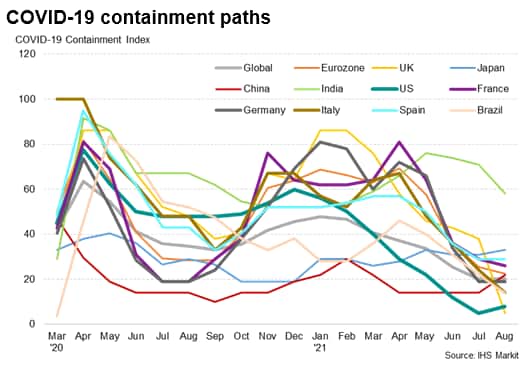 Looking at the world's largest developed economies, steep slowdowns were reported in the US and UK, with rates of expansion sliding to eight- and six-month lows respectively, albeit with both economies having notched up historically strong performances during the second quarter. Both saw manufacturing and service sector growth rates weaken, with activity stymied by supply and labour shortages as well as rising COVID-19 case numbers, which often deterred spending.

The eurozone saw growth moderate far less than in the US and UK, leaving the eurozone as the best performer of the major developed economies for a second month in a row. Greater resilience was seen in terms of service sector growth than in the US and UK, though it should be noted that the eurozone saw a slower start to its recovery. Manufacturing also continued to outperform services, despite widespread problems with the supply of components to many factories, helping keep the overall pace of eurozone expansion at one of the fastest for 16 years.

Notably, labour shortages were far less widely reported in the eurozone than in the US and UK, with US companies even reporting a decline in headcounts for the first time since the job market recovery began over a year ago, as a lack of available staff exacerbated concerns over the Delta variant.

Japan meanwhile saw business activity fall deeper into decline, with output falling for a fourth month running and at the steepest rate since August of last year. The service sector was especially hard hit as the Delta wave disrupted activity. 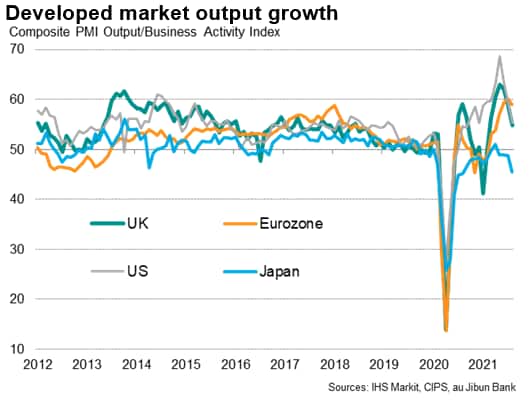 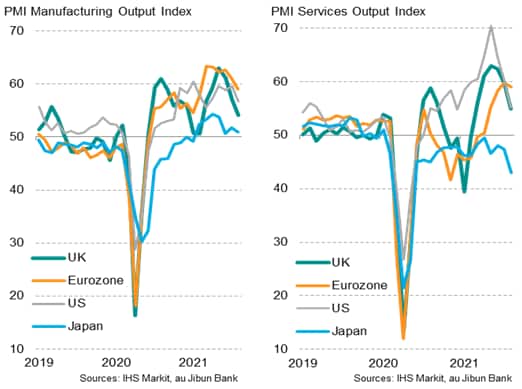 Of the four largest emerging markets, China reported the worst performance, with output falling back into decline after 15 months of continual growth. Both the manufacturing and service sectors contracted, leading to the largest overall drop in Chinese mainland business activity since March of last year. Falling output was principally blamed on the resurgence of COVID-19 cases.

There was better news out of India and Brazil, however, where activity expanded in both cases after prior Delta-wave related downturns. In India, the expansion was the first recorded since April whereas Brazil has now expanded for three successive months, led in August by the largest service sector expansion since 2012. 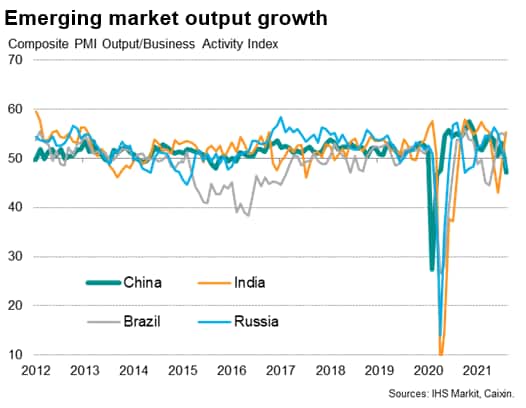 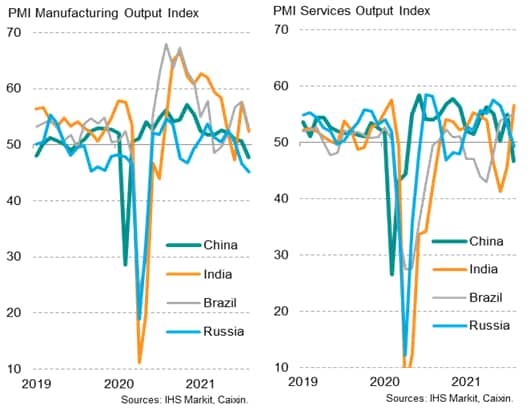 The developed world consequently continued to outperform the emerging markets, though even here the rate of growth deteriorated for a third month running to slip to the weakest since February. Slower expansions were recorded in both manufacturing and services. 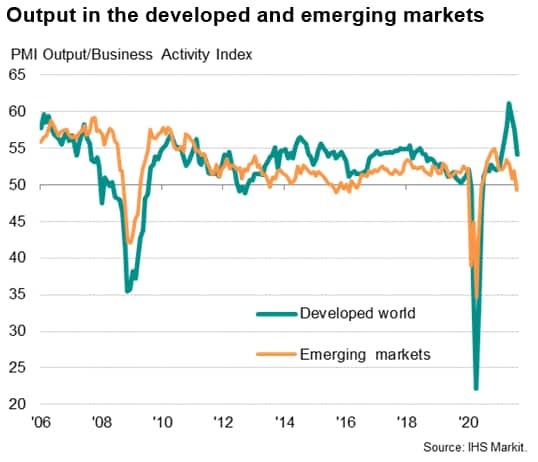 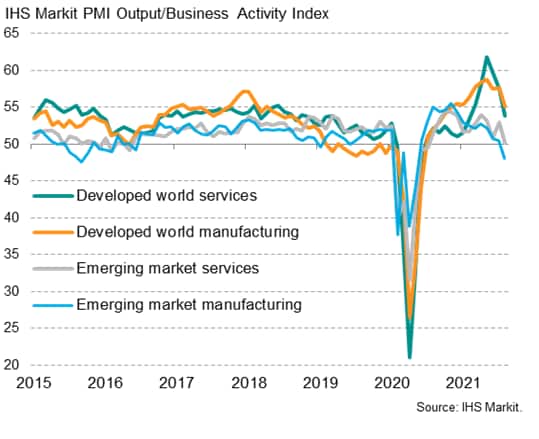