China's appetite for Brazilian barrels has remained strong over the last couple of months, but most recent data by IHS Markit Commodities at Sea suggests that the peak must have been achieved in the third week of April, when trade flows of crude oil between the two countries reached almost two million b/d. Volumes lifted since then have now returned to normal levels, with last week's activity close to 800,000 b/d. On a monthly average, volumes lifted in Brazil and heading for China surpassed one million b/d in April. Brazil shipped more than 60% of its exports to the world's biggest importer of crude oil last month. 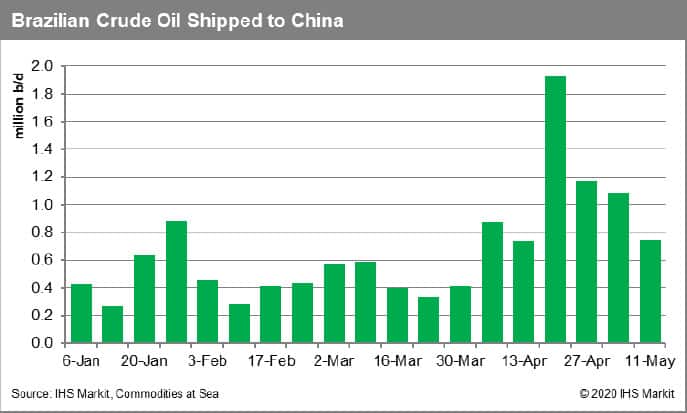 Meanwhile, Petrobras announced its plans to further develop its relationship with refiners in Shandong even during the crisis. Brazilian grades are quite similar to China's domestic production which has been declining. Even during the tanker freight rate rally and despite the lower oil prices, trade with China remains quite appealing for the Latin American producer. Petrobras has increased its storage capacity in South East Asia last year, allowing it to adjust during extreme volatility.

Crude oil shipments from Brazil could decline more in the coming weeks though, as Petrobras is understood to be now focusing on a slow recovery domestically and fuel exports. The company planned to cut around 200,000 b/d in early April but the stronger than expected demand in China allowed the company to revise output targets in the second half of April. Time will show how the rest of the year will look like. 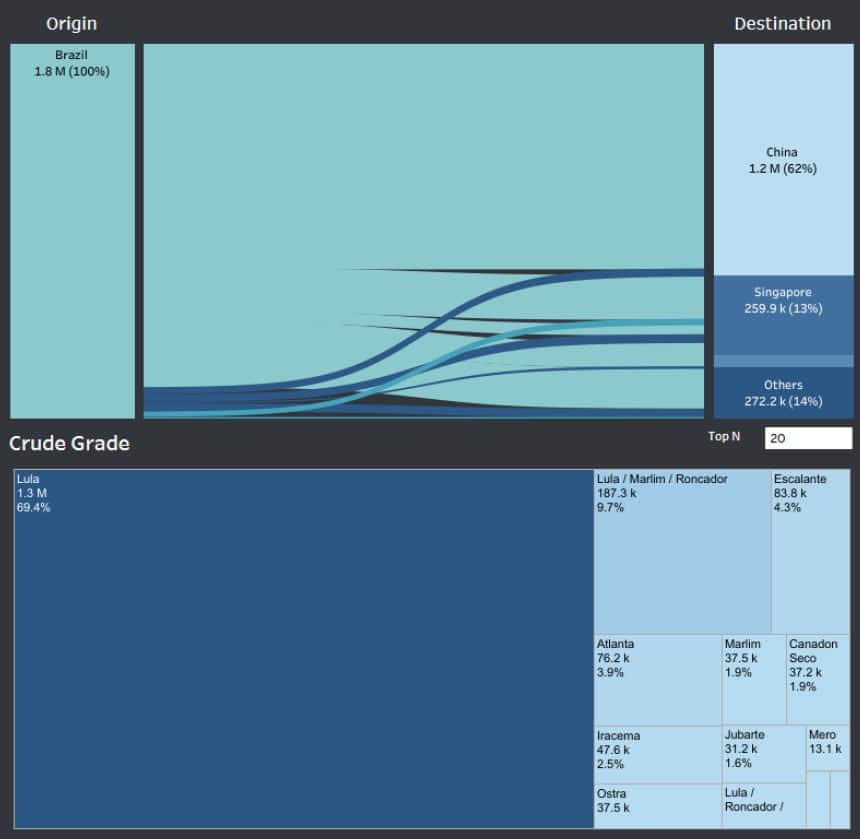 China's demand has been strengthening while most of the rest of the world remained under lockdowns. This allowed China to take advantage of the cheapest crude oil in years and increase its imports from Brazil. IHS Markit Commodities at Sea currently shows more than 50 million barrels of Brazilian crude oil on water heading for China, with 29 ships employed. The last of these cargoes is expected to reach their destination in late July. Many of these crude oil cargoes were bought in April, when prices were under severe pressure. Chinese refineries have been buying ultra-cheap spot cargoes from countries across the Americas including Brazil. 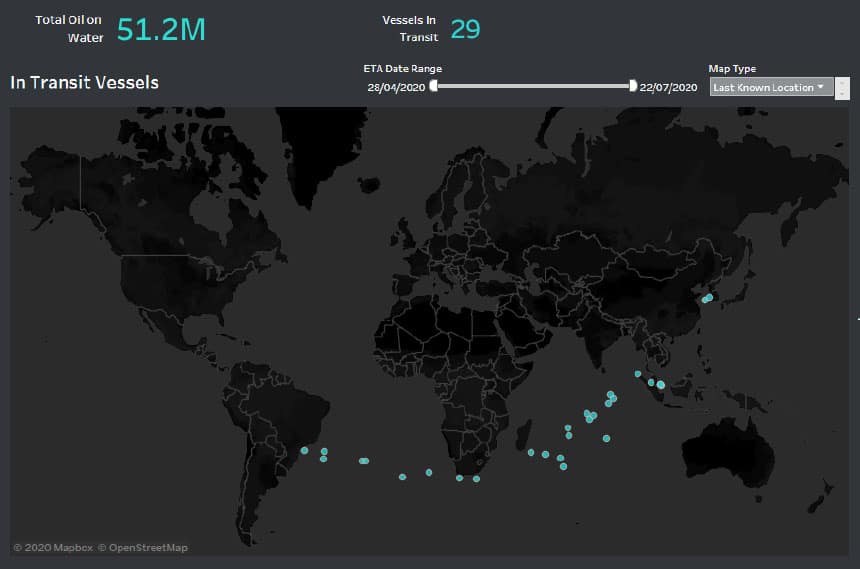 Taking advantage of low oil prices, China has increased its strategic and commercial inventories in early 2020, which allowed flows to remain strong even during times of rather low oil demand.

Most recent deals for Brazil's Lula crude for August arrivals in China reached a premium of about USX 50 a barrel to Brent. The recovery since the middle of April has had an impact on recent shipments to China. However, several cargoes are currently heading for Singapore, with most of them expected to end in China later this year.