Brazilian Crude Oil Exports remain strong so far in August, with volumes only marginally down since last month. The country has been loading more than 1.45 million b/d on tankers this month, heading primarily for Asia, versus 1.49 million b/d shipped in July. Cargoes heading for China dropped to 770 thousand b/d, down from 810 thousand b/d in May and June and the record high of 1.2 million b/d shipped to China in April 2020. China has been facing severe delays at several of its ports due to high congestion, affecting discharging activity mainly of VLCCs near Ningbo, Qingdao, Lianyungang and Dalian. As a result, Brazil started to ship more to SE Asia, including its storage facilities, while there has been a rather slow increase in shipments heading for India. 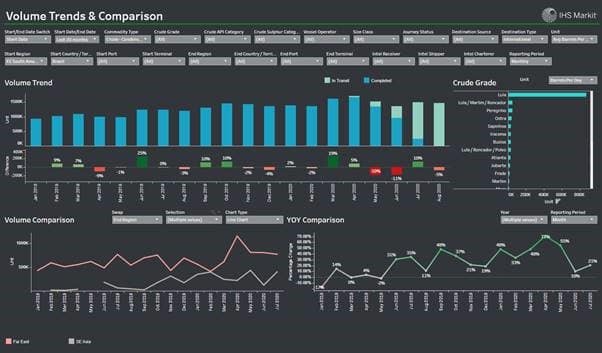 Petrobras targets to offer more new deals to Asian refiners in an effort to expand its market share in Asia. OPEC expects oil production in South America to grow 2.3% to 6.19 million b/d by the end of 2020. The popularity of Brazilian grades among Asian refiners cannot be ignored by traditional exporters - members of the cartel. Meanwhile, refiners in South America have been feeling the pressure, with the impact of the Covid-19 pandemic turning rather severe. Colombian oil refiners have suffered massive losses and struggle mainly due to high operating expenses.

In contrast to Brazil, other exporters of South America have been exporting a big portion of their output to USA and European destinations. Venezuela's production and exports are still under severe pressure, with the country understood to be now focusing on swaps of their crude oil with imports of diesel. 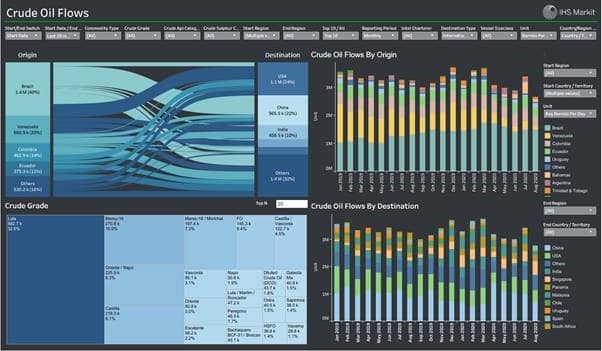 Brazilian exports to Asia could be further supported once India starts raising its crude oil flows from Brazil as the country has been trying to diversify its import basket away from Middle Eastern producers. The country expressed its interest for Brazilian grades earlier this year, but the activity has been kept limited since the outbreak of Covid-19.

Meanwhile, Total launches Phase 3 on the Giant Mero Field Development (Libra Block), having taken the investment decision for the field located deep offshore, 180 km off the coast of Rio de Janeiro. Its liquid treatment capacity stands at 180,000 b/d and could start up by 2024.

Users of IHS Markit Commodities at Sea can also track domestic movements within Brazil, from offshore terminals back to the country's exporting ports, with a lot of information provided on grades, shippers and much more. 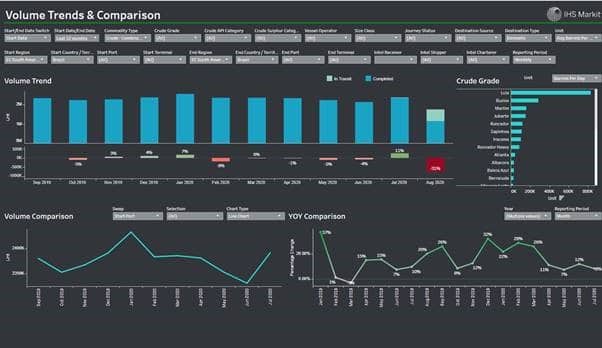 For more information on the product used in this outlook, visit Commodities at Sea page.