The long-awaited upturn in pay, which has been the missing element of the UK's economic recovery, looks to be finally upon us, reviving the prospect of a rate hike by the end of the year.

Stripping out bonuses, UK pay in the three months to July rose 2.9% on a year ago, according to data from the Office for National Statistics. That was the steepest rise since February 2009. Pay including bonuses also rose by 2.9%.

Strip out the austerity-hit public sector and private sector pay rose at an annual rate of 3.4% (both including and excluding bonuses) in the three months to July. This is a rate of increase that would normally worry policymakers into a pre-emptive hike in interest rates to avoid upward wage pressures feeding through to higher inflation.

Looking at July alone the news on pay is even more encouraging, with regular pay up 3.2% on a year ago, the largest rise since November 2008, fuelled by a 3.7% surge in private sector pay.

Pay growth is accelerating across the board, increasing in manufacturing, construction, retail, financial services and the broader services economy. Despite current low rates of inflation, companies are having to offer workers higher salaries to either attract new staff or retain existing employees as the labour market tightens.

This is clearly great news for households. With inflation at zero, households are clearly benefitting from a steep upswing in real pay, which should help boost the economy in coming months. 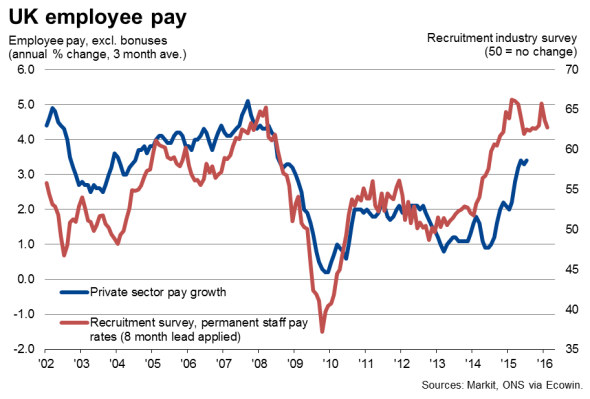 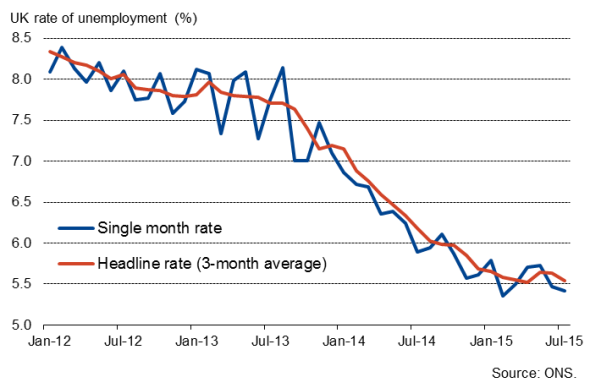 At 2.46, the number of unemployed people per job vacancy is at its lowest since March 2008.

However, there are indications that the labour market has started to cool, at least in terms of hiring. The PMI surveys indicate that job creation has slowed in the third quarter to the weakest for two years, with recruitment agencies likewise reporting the smallest rise in the number of people placed in permanent jobs for over two years in August. It's therefore looking like employment growth has slowed alongside a broader cooling in the pace of economic growth: the business surveys are indicating that GDP is set to rise by 0.5% at best in the third quarter, possibly as low as 0.4% and significantly down on the 0.7% expansion recorded in the three months to June.

Policymakers will therefore need to judge whether the recent upturn in pay merits higher interest rates, or whether the labour market is already softening again, which augurs for rate hikes to be postponed. Given the signs of a slowing of the domestic economy, zero inflation and worries about overseas markets, the Bank of England will remain ultra-cautious about tightening policy, but the upturn in pay growth certainly suggests that a first rate hike by the end of the year remains a distinct possibility. 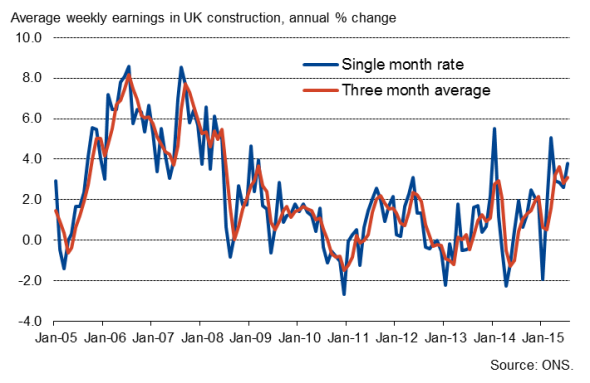 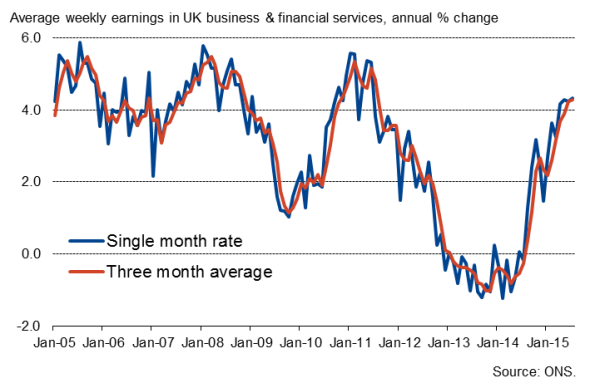 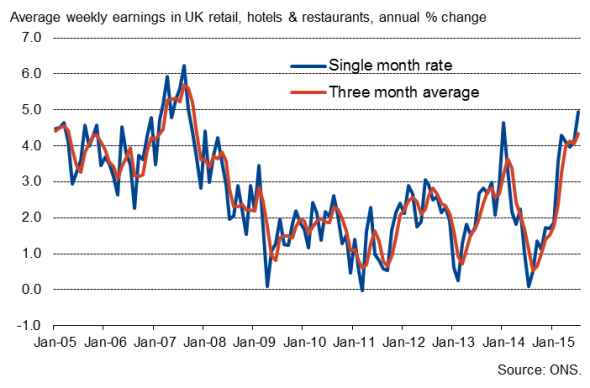 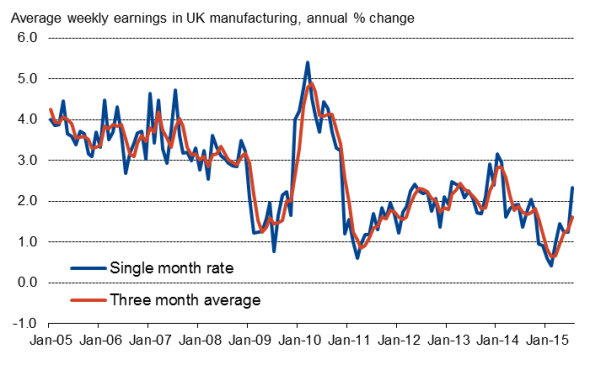