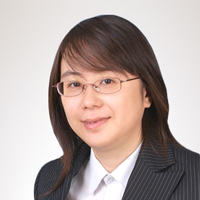 The S&P China 500 captures a more complete picture of the Chinese economy than other segmented China equity indices. This paper discusses the demand for and objective of the index and reviews its construction, characteristics, and historical performance in comparison with other onshore and offshore China equity indices.


THE RISE OF CHINA AND THE NEW G2

There is little room for doubt regarding the growing importance of China in the global economy. China’s nominal GDP reached USD 13.4 trillion in 2018, representing 15.8% of the world economy. It is second only to the U.S., which had a GDP of USD 20.5 trillion in the same year, representing 24.2% of the world economy. China leaped into the new G2 and replaced Japan as the world’s second-largest economy in 2009. Its 2018 GDP was more than double that of Japan, which is in third place, with a 2018 GDP of USD 5.0 trillion.

From 2014 to 2018, China’s real GDP grew at an average rate of 6.9% year-over-year, and the IMF expects this to continue growing at an average annual rate of 5.9% from 2019 to 2023, which would still be much higher than the growth rates of developed countries.

With the S&P 500 Low Volatility High Dividend Index marking six and half years since its launch, we reexamined the advantage of incorporating a low volatility screen to a high-dividend-yield portfolio as a quality measure, and we compared the S&P 500 Low Volatility High Dividend Index to other S&P Dow Jones Dividend Indices in the U.S. market across various aspects such as sector composition, dividend yield, and historical return, among others.

Dividend investment strategies have inspired widespread academic research, and they have been adopted extensively by market participants. In response to the demand for benchmarks in this investment arena, S&P Dow Jones Indices offers a series of dividend strategy indices that are each designed to meet specific needs.

The Dow Jones U.S. Select Dividend Index is designed to measure U.S. companies that pay high dividends with sustainable dividend growth and payout ratios. The S&P High Yield Dividend Aristocrats® and the S&P 500 Dividend Aristocrats are designed to measure the performance of companies within the S&P Composite 1500® and the S&P 500 that have consistently increased dividends over the past 20 and 25 years, respectively. The Dow Jones U.S. Dividend 100 Index seeks to measure the performance of the highest-yielding U.S. companies with a consistent dividend payment history and robust financial strength. The S&P 500 High Dividend Index is designed to track S&P 500 members that offer high dividend yield.

In September 2012, S&P Dow Jones Indices launched the S&P 500 Low Volatility High Dividend Index, which is a unique, rules-based, dividend strategy index that is designed to deliver high dividend yield and low return volatility in a single index. The index uses a simple, two-step screening process to incorporate not only high dividend yield, but also the well-known low volatility strategy.

We first published this paper in October 2013 to share our analysis on the benefit of combining low volatility and high-dividend strategies in a single index. We concluded that simply excluding high volatility stocks from a high-dividend-yield portfolio may improve portfolio return on a risk-adjusted basis, and the S&P 500 Low Volatility High Dividend Index has achieved higher dividend yield and better risk-adjusted returns than other S&P Dow Jones Dividend Indices that use dividend history criteria and multiple fundamental quality screens. 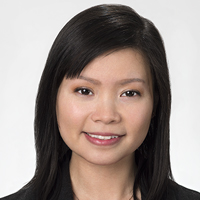 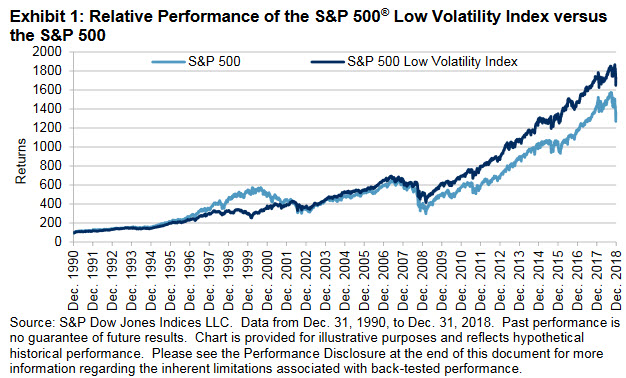 Low volatility investing gained immense popularity in the last decade. A proliferation of passive investment vehicles based on this concept attracted more than $70 billion in assets globally as of the end of February 2019.

In the U.S., the S&P 500 Low Volatility Index was the first index vehicle to exploit this phenomenon systematically. Since 1991, the index has outperformed the S&P 500; more importantly, it has done so at a substantially lower level of volatility. Furthermore, the phenomenon is found in all markets segments and regions we have observed.