The grand Reopening of the U.S. began in May—come, buy, spend (if you have it; otherwise use your stimulus money), and enjoy the solitude of six feet as you scan your iPhone to pay (or for you oldies, use that archaic piece of plastic that you have not been using lately).  If by some chance you need to cough (as they told Arlo Guthrie), “turn your head.”  The U.S. started to reopen as the Memorial Day holiday kicked off not just the start of summer, but a return to what will be the new normal, with no one knowing what that will be, but most wanting to at least try.  The anticipated opening has been what has kept the S&P 500 up—36.06% from its recent March 23, 2020, low (down 10.10% from its Feb. 19, 2020, closing high).  Anticipation has been nice (did someone say, “Buy on anticipation, sell on reality?”), but now reality will start, along with the learn-as-you-go process and slow (or fast—we don’t know) continuance of opening; the key questions are, “If you open, will they come and spend?” and, “If they come, will they get sick?”  At this point, an opening, any opening, is welcome, as the Street has mostly dismissed 2020 earnings and is looking toward recovery signs, which are expected to be seen in a turn up in earnings in the second half of 2020—and that will be the true reality test for the Street.  At 27.7 times the expected 2020 EPS, there is no question as to why everyone is wearing a mask, as the Street is priced for 2021 (and even then it is high).  If we see the upward turn in the second half, then the current levels may be justified, but if not, the Street will need to reprice, and for those of you who quickly forget, the last repricing was from the Feb. 19, 2020, high to the March 23, 2020, low—a 33.9% fall.  In the “putting your money where your mouth is” reopening, the first major IPO since the virus spread to the U.S. was done, as insurance broker SelectQuote (SLQT) IPOed at USD 20, closing the month at USD 27.52, up 37.6%—ah, the good old days.

The U.S. market went into May after its best month (12.68%) since January 1987 (13.19%), as the focus changed to the start of the Reopening of the U.S. (most started on May 18, 2020, ahead of the Memorial Day holiday), with regions varying their approach and depth.  The initial key issue for the reopening in May was if consumers would come back, and June’s key issue will be if they would be safe to do so and spend.

As for Q2 2020, don’t expect anything, and you won’t be disappointed. For Q2 2020 dividends-to-date, 19 S&P 500 issues increased, 12 decreased, and 12 suspended, for a net change of USD -13.4 billion (USD -17.4 billion YTD). As for employment, it was a month to survive, as the six-week total Unemployment Claims was 30,307,000, with the employment report (May 8, 2020) expected to show an unemployment rate in the area of 20%. Overall, however, trading was more focused on perception and fundamentals, compared with the knee-jerk reactions of late February and March. May, however, could see some of that volatility come back, as the market reacts to each news item on the Reopening of the U.S.

We have made it through the first half of 2020. Despite the continued spread of COVID-19 wreaking havoc on public health and the global economy, the markets did surprisingly well during Q2. In the U.S., the equity market rebounded from Q1, driven by government stimulus packages and the easing of restrictions imposed during the pandemic. The S&P 500® gained 20.5%, while the S&P Latin America 40, which is designed to measure the 40 largest, most liquid companies in the region, followed close behind, gaining 19.5%. However, Latin America was still deep in the red YTD, down 35.9%.

Among S&P Latin America BMI sectors, Information Technology (63.2%), Consumer Discretionary (47.6%), and Energy (41.2%) were the best performers for the quarter. In this new era of working, shopping, and recreation from home, online-based companies like Brazil’s PagSeguro Digital and StoneCo Ltd, which help businesses manage their e-commerce services, seem to be booming in emerging markets, as shown by their price appreciation. It will be interesting to see how industries quickly adapt to the “new normal” and not only survive, but also thrive.

In terms of countries, Argentina led the pack with the S&P MERVAL Index gaining 58.7% in local currency for the quarter. Brazil came in second, with a return of 31.2% as reflected by the S&P Brazil BMI. Peru’s S&P/BVL Peru General Index returned 16.7%. Chile’s S&P IPSA also had a strong quarter, with a gain of 13.5%. Colombia barely stayed afloat, with a lower return of 1.4% for the S&P Colombia BMI. Year-to-date, the countries’ returns were still in the red, with Colombia the worst and Argentina at the top with single-digit negative returns. There is still a lot of work ahead before the region stabilizes. Pre-pandemic, there were already significant domestic troubles: social unrest in Chile, economic woes in Argentina, and political instability in Brazil, among other issues. Added to this mix, the pandemic of the century and the economic damage it is leaving behind will likely make for a tough recovery.

Despite the strong quarterly returns, many economists1 (not surprisingly) are predicting an uphill battle for the region. As the COVID-19 pandemic spreads and conditions worsen in several countries, S&P Global Ratings economists are reducing the 2020 GDP growth forecast to a contraction of roughly 7.5%. Growth for 2021 is expected to be around 4% and economic recoveries are expected to be slower than originally predicted. To put it in context, GDP for the U.S. is forecast to grow 4.8% for 2021.2 S&P Global Ratings expectations are that economies that implemented strong policy support, such as Chile and Peru, may have “smaller permanent GDP losses.” It adds that the story may be different in countries like Mexico and Brazil, where support has been more limited.

This new decade has not really started well—if only we could jump straight to 2021. Amid the overwhelming impact of the COVID-19 pandemic on public health and on the economy, perhaps what resonates best is that “this too will pass.”

U.S. equities, which serve as a guidepost for the global economy, surpassed prior all-time highs in volatility. VIX®, also known as the “fear gauge” has not reached similar highs since the global financial crisis (GFC) in 2008. The higher the uncertainty, the higher the option prices that are used to calculate VIX. The precipitousdrop in oil prices following a price war between Russia and Saudi Arabia threatened a collapse of the Energy sector, adding to the uncertainty in the U.S. and globally. Unemployment in the U.S. continued to rise—in the last two weeks of the quarter, nearly 10 million American applied for unemployment benefits following the shutdown of thousands of businesses. It’s expected that this number is only a sign of further job losses to come and that unemployment filings will double in the coming weeks. Many impacted businesses are in the travel, entertainment, restaurant, retail, and real estate industries.

What about Latin America? Like a tsunami that started in Asia then ravaged Europe, COVID-19 and its effects are now flooding the Americas. Despite the closing of borders and quarantines, the pandemic continues to sweep the continent. Governments have started to institute policies to minimize the public health and the economic impact. Similar to the U.S., which has approved a USD 2 trillion stimulus package to help mitigate the effects of the pandemic, Brazil has approved around USD 30 billion. Peru is also reviewing a similar package. In Chile, the president approved a USD 12 billion package. In Argentina, the World Bank will lend USD 300 million in emergency funds. Colombia and Mexico have not yet announced any major economic measures at this time. The question many ask is, will all this be enough? In the midst of uncertainty, the answer depends on how quickly the pandemic recedes and life goes back to normal.

According to S&P Global’s rating analysts, it is expected that the outbreak will push Latin America into a recession in 2020, recording its weakest growth since the GFC. They have also forecast that GDP will contract by 1.3% in 2020, before bouncing back to a growth rate of 2.7% in 2021. Finally, the length of the recession—although potentially worse in some countries—may be much shorter: only two quarters are projected versus six quarters during the GFC.1

No economic sector was spared in the rapid downturn, as companies in important industries like energy, mining, and financials were hit hard. The average stock price drop for members of the S&P Latin America 40 was around -45% for the quarter. The Energy sector of the S&P Latin America BMI performed the worst among the 11 GICS sectors (-61%). Health Care had a difficult quarter (-45%), but thanks to its strong past performance, it lost a lot less for the mid-term periods. Looking at individual markets in local currency terms, Argentina’s S&P MERVAL Index lost 41.5% for the quarter. Brazil and Colombia followed, returning -36% and -32%, respectively, as measured by the S&P Brazil BMI and the S&P Colombia Select Index.

In a sea of red for the quarter, in Mexico some indices were able to stay in the black. The S&P/BMV IPC Inverse Daily Index, which seeks to track the inverse performance (reset daily) of the S&P/BMV IPC, gained 23%. The following three indices also did well: the S&P/BMV MXN-USD (26%), the S&P/BMV China SX20 Index (9.4%), and the S&P/BMV Ingenius Index (9.4%). The latter two indices are designed to measure international stocks trading on the Mexican Stock Exchange, and their strong performance is largely driven by the depreciation of nearly 20% of the Mexican peso relative to the U.S. dollar in Q1.

The first quarter is done, and the second quarter is looking gloomy. Comprehensive relief efforts are underway to help citizens and support our economies, and we can only hope for the best while we continue to tread carefully. 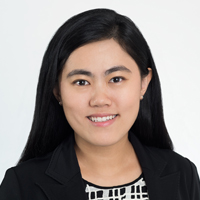 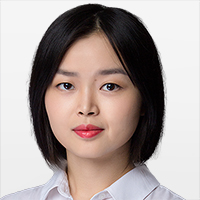 2020 has gotten off to a bad start.  The Japanese equity market, as measured by the S&P Japan BMI, declined by 17.96% in Q1 2020, which was the worst-performing quarter since the GFC.  Amid the concern over the global economy’s outlook when China placed itself on lockdown due to COVID-19 in January, the Japanese market saw a mild decline.  After oil prices crashed and the virus threw various countries into chaos in March, the worldwide economic slowdown became real, and Japan had to join the global fight against COVID-19.  On March 23, 2020, the S&P/JPX JGB VIX®, which measures the 30-day forward volatility of 10-year JGB futures and represents the macroeconomic stability of Japan, rose to an all-time high of 6.81 and closed at 4.77 for Q1.  Stressed investors were resorting to extreme behavior amid the uncertain economic outlook and pressure on market liquidity.

In the COVID-19 crisis, sectors appeared to be the main driver of performance, with a large gap between winners and losers—the difference between the best- and worst-performing sectors was 24.74%.  On one hand, the sharp decline in consumption demand and shortage of supply heavily hit several cyclical sectors.  Energy was the worst performer under the pressure of low demand and the collapse of Saudi-Russia negotiations.  Real Estate was severely affected, especially in the hotels and malls segments.  On the other hand, traditional defensive sectors, such as Utilities and Consumer Staples, were the best performers.  Health Care outperformed, as demand for healthcare products surged this quarter and hopes were on biotech companies producing vaccines/testing tools.  Finally, the increase in social distancing boosted the use of internet-based products, which favored Communication Services.

The outperformance of the S&P GIVI Japan was mainly due to the selection effect, especially in Information Technology and Communication Services.