The escalation of the coronavirus disease 2019 (COVID-19) outbreak across Europe in February and March, and the temporary closure of factories are putting production across the automotive industry under strain. Growing numbers of producers are stating that over the coming weeks raw material shortages and supply chain disruptions will become increasingly apparent and likely affect production. In addition to the supply-chain constraints, demand conditions are now also worsening.

Recent data from the IHS Markit EU Sector PMI signalled an eighteenth successive decline in output across the automotive sector in February, with the outbreak of COVID-19 exacerbating already weak demand conditions, especially in China. The pace of contraction was the fastest since last September, when Brexit uncertainty and a drop in Chinese client demand hit the sector. 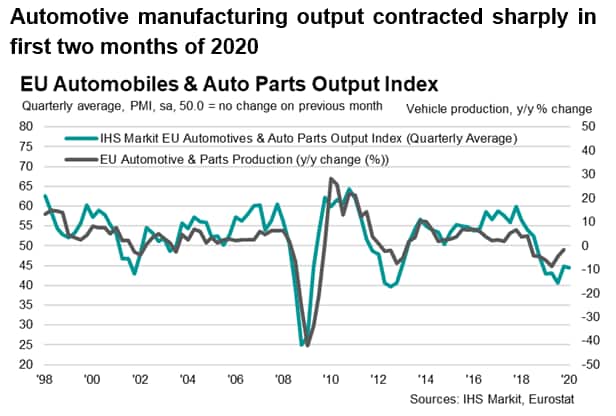 The evolving picture across the European automotive industry is moving at an ever-quicker pace as factories and countries are placed under increasing levels of containment. At the time of writing, the worst affected country was Italy, where travel has been restricted and public gatherings banned, alongside factory closures in the manufacturing-intensive north. As a result, supply chain disruptions are likely to worsen as key suppliers such as MTA, an electronics company supplying well-known automotive manufacturers such as BMW, Renault, Peugeot and Fiat/Chrysler, were forced to cease production earlier in the month amidst the escalation of the outbreak.

Although we do not know the full impact such disruption will have, and may not until the second quarter of 2020, the deterioration in vendor performance is already becoming apparent. Data from the IHS Markit Suppliers' Delivery Times Index across a range of surveys signalled the emergence of disruption as early as the end of February, and delays will only have been extended since. Longer lead times and raw material shortages will have worsened in the intervening period as more and more companies are forced to close their doors for the foreseeable future. 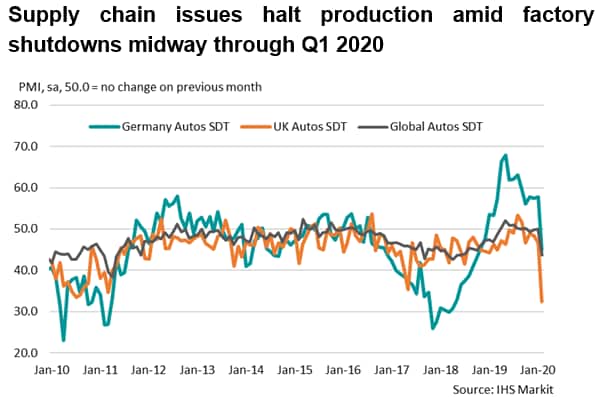 At the time of writing, almost all major car manufacturers in Europe have announced factory closures due to supply shortages or imposed shutdowns. Meanwhile, large and commercially important automotive shows have been cancelled in response to restrictions on large gatherings. Crucially, it is unknown how long such closures could last for. Those who remain open could also see production halt in the near future, as raw materials ordered 3-4 weeks ago when factories in China closed, are delayed.

Following what was generally seen as a difficult year for automotive producers in the EU in 2019, due to changes in emission regulations, weak demand from China and uncertainty surrounding Brexit, 2020 does not appear to be any less challenging. Furthermore, with growing fears of an increasingly widespread hit to household incomes and employment around the world, with financial market falls having already hit personal wealth, consumer sentiment is likely to slump in coming months, drastically reducing any appetite for major purchases such as autos. At the same time, rising corporate distress is likely to impact fleet buying of vehicles. 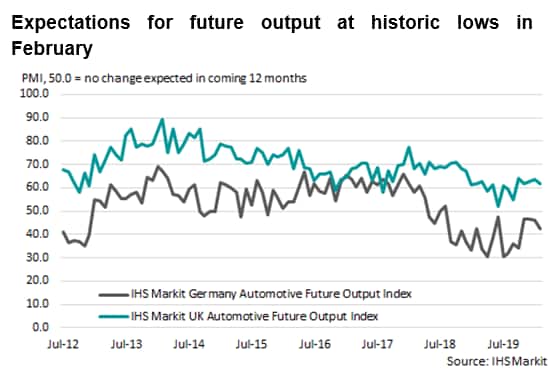 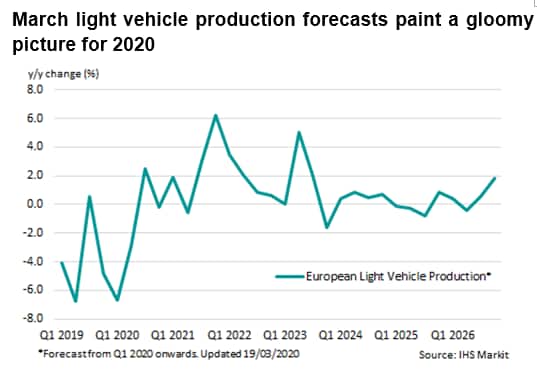 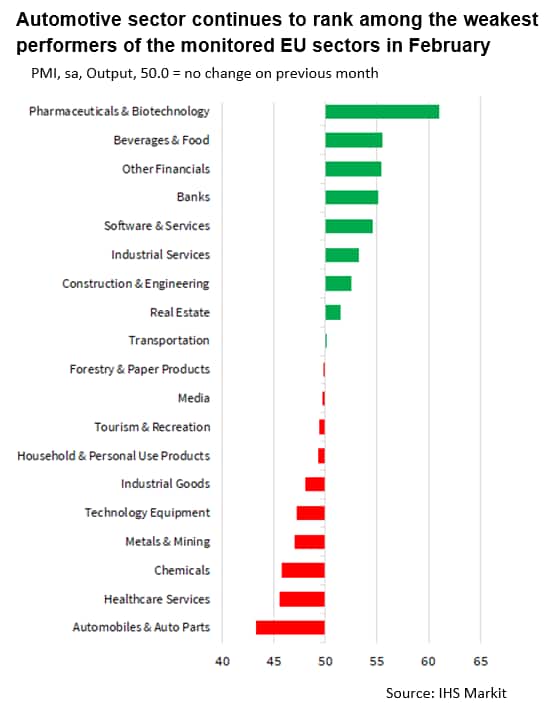