A multinational automotive components manufacturer enhanced the performance of a mechanical valve by accessing a wealth of technical content (including extensive patent information) to help its team validate concepts, generate 60+ potential solutions and then narrow its focus to the 8 strongest options. 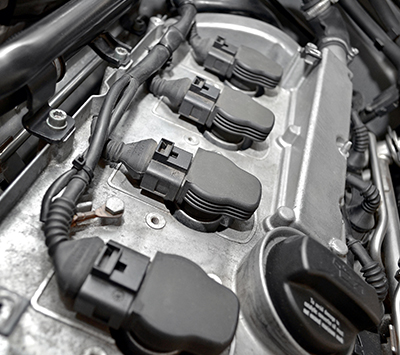 As part of its continued leadership and commitment to innovation, a global maker of automotive components is always striving to bring about both new innovations and to improve on existing products. It was with this eye towards improvement that the manufacturer sought to better an existing mechanical valve for pressure regulating in power trains.

In addition, the company wanted to significantly cut production costs for their mechanical valve for pressure regulating so they could offer not only a competitive and technically attractive solution, but also a lower cost product. For help with this project, the manufacturer turned to Goldfire, the optimal decision engine.

The task of developing an innovative mechanism for regulating the pressure in power trains is no small undertaking. It involves drawing upon knowledge and experience across a wide range of sciences and technologies including thermo- and hydro-dynamics, pressure measurement, control engineering, heating technologies, acoustics, electromechanical, sensor and actuator technologies.

While a team of research and advanced engineers and scientists at the company had already identified a concept they wanted to further explore--the addition of electromechanical technology to an existing mechanical pressure regulator (a valve that automatically cuts off the flow of a liquid or gas at a certain pressure to allow high-pressure fluid supply lines or tanks to be reduced to safe and/or usable pressures for various applications), they wanted to better understand how to implement the concept and to also explore the viability of the solution.

To start, the automotive parts manufacturer used Goldfire’s Function Modeling capability to model the existing mechanical pressure regulator, mapping out the existing pressure sensors and electronic control unit as well as the proposed addition of a new actuator. The company also built a function model of a bi-fuel engine, of which the pressure reducing regulator, or valve, is just one sub-system among many others.

Leveraging Goldfire, the manufacturer researched ideas and solutions to their problem statements from their corporate Knowledge Bases, Goldfire’s proprietary database of Scientific Effects, and a database of Inventive Principles, which are abstract rules for the creative resolution of constraints and contradictions in complex systems.

Armed with these function models, the manufacturer’s R&D staff and engineers could analyze the cost, behavior of and interactions (both positive and negative) between the various components (and the mechanical pressure regulator, in particular) and identify strategies for optimizing the design from both a performance and/or cost perspective.

These alternative optimized designs, facilitated by Goldfire, gave the manufacturer a clearer understanding and ability to solve old and often stubborn constraints or problem areas, but raised new challenges as to how the designs can be implemented. This is where Goldfire’s research capability and precise access to technical content played a key role.

Using Goldfire, the company began to research possible solutions for the aforementioned problem statements drawing on more than a dozen Knowledge Bases comprised of the company’s internal ‘tribal knowledge’ and web content. Leveraging Goldfire, the manufacturer researched ideas and solutions to their problem statements from their corporate Knowledge Bases, Goldfire’s proprietary database of Scientific Effects, and a database of Inventive Principles, which are abstract rules for the creative resolution of constraints and contradictions in complex systems.

Tapping Goldfire’s pinpoint access to a wealth of technical content, the company was able to garner over 60 potential solutions. The manufacturer then leveraged Goldfire’s extensive patent collection to validate these concepts and, in so doing, learned one of the concepts was similar to a company-held patent in a complementary area. This is not surprising since many analysts predict greater than 35% of company’s product design and troubleshooting efforts are spent “re-inventing the wheel” – repeating work or recreating understandings already known and documented in the archived notes of the company’s past projects.

Using Goldfire’s Solution Ranking, the auto components manufacturer was further able to evaluate the dozens of potential solutions for both technical feasibility and freedom-to-operate. As a result of screening concepts through Solution Ranking,the company narrowed their focus to the 25 most promising concepts and is now pursuing the top eight final concepts which the company intends to strengthen its market position.

To accelerate problem solving and drive sustainable innovation, this manufacturer is leveraging Goldfire’s:

Leveraging Goldfire, the manufacturer researched ideas and solutions to their problem statements from their corporate Knowledge Bases, Goldfire’s proprietary database of Scientific Effects, and a database of Inventive Principles, which are abstract rules for the creative resolution of constraints and contradictions in complex systems.