Virtual multichannel subs by US geography, 2022


Virtual multichannel subs by US geography, 2022 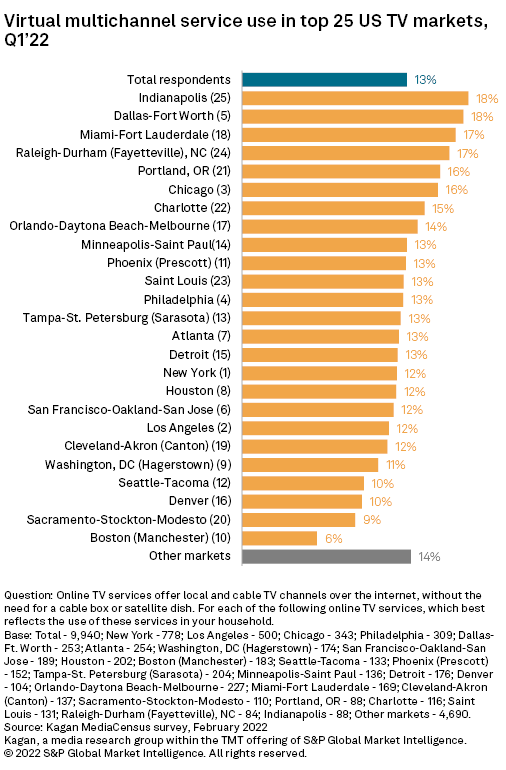 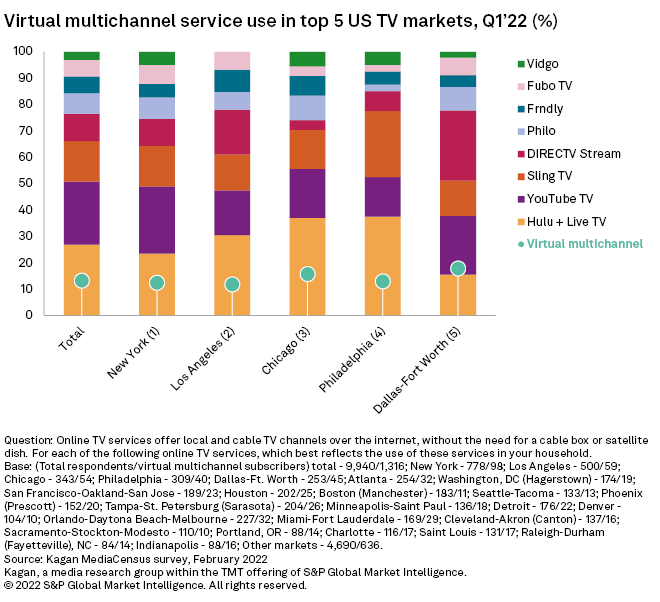 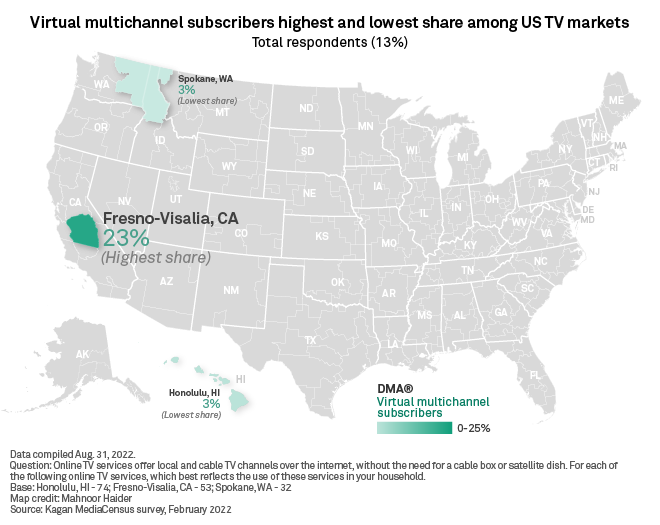 Examining virtual multichannel service use by U.S. Census division shows that respondents in the West North Central region were the most likely to use one of these services at 15%, while those in New England were the least likely at 10%. 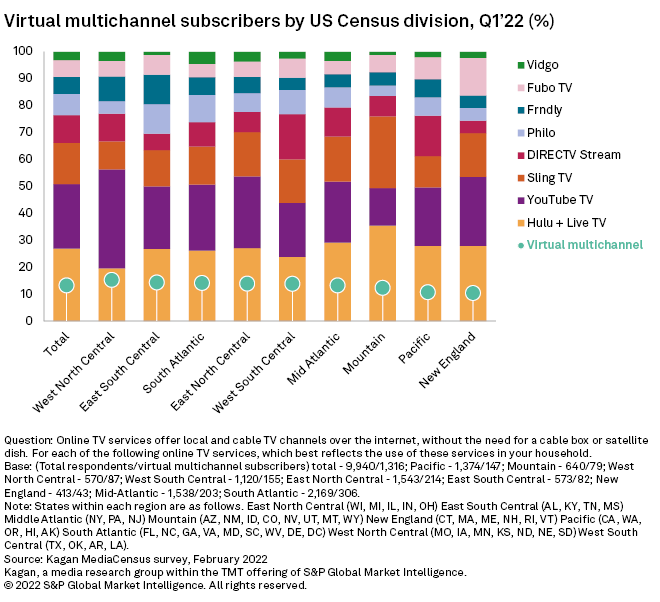 Data presented in this article is from the general population sample of the MediaCensus survey conducted in February 2022. This sample included 9,940 U.S. internet adults matched by age and gender to the U.S. Census. The survey results have a margin of error of +/-0.98 ppts at the 95% confidence level. Survey data should only be used to identify general market characteristics and directional trends..