U.S. corporate debt loads remain elevated — especially in the consumer discretionary sector — but higher interest rates and tax law changes could lead to an end of the decade-long rise in borrowing. 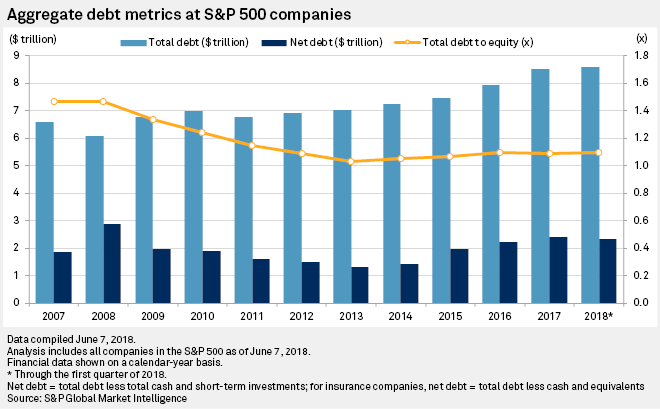 S&P 500 companies in the consumer discretionary sector — a broad grouping that includes advertisers, automakers, broadcasters, cable companies, publishers, restaurants, and specialty stores — finished the first quarter with $731 billion in net debt, which is total debt minus cash and equivalents. By that measure, the consumer discretionary sector was the most levered among the sectors comprising the S&P 500.

Consumer discretionary in this analysis also posted a total debt-to-equity ratio of 1.43x, trailing only slightly the ratios posted by the telecommunication services and financials sectors. However, both of these two sectors have much lower net debt levels compared to consumer discretionary. 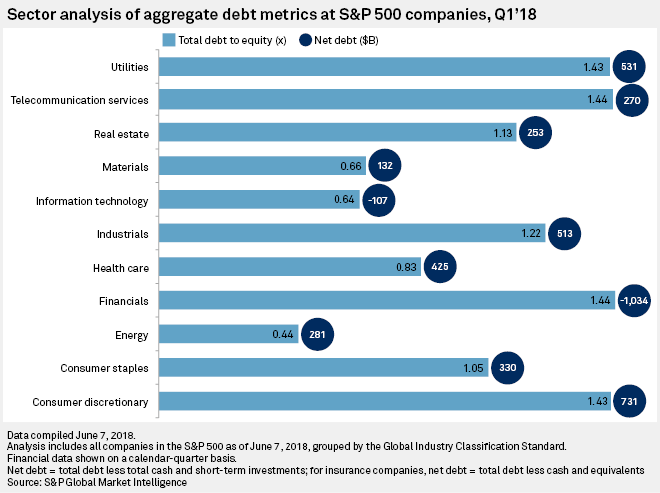 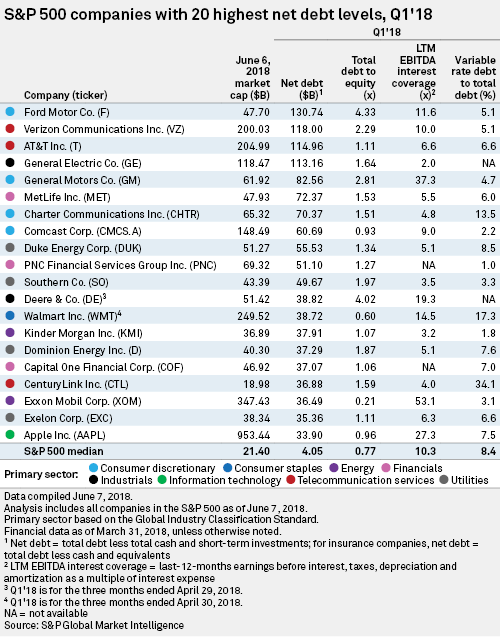 Companies in all sectors have been issuing debt to take advantage of low rates. S&P 500 companies inched up their debt totals to $8.594 trillion at the end of the first quarter from $8.544 trillion at year-end 2017. Paul Giroux, head portfolio manager at First Empire Asset Management, said some companies were issuing debt early in the year to get ahead of expected higher rates.

"They probably front loaded a bit," he said in an interview.

While borrowing costs remain at historically cheap levels, they have begun moving up and are expected to keep increasing in the wake of the U.S. Federal Reserve's June 13 decision to raise its benchmark interest rate. With higher rates, issuance activity should wane, said Jack Gilligan, director of research at ClearRock Capital LLC.

"The days of super cheap capital are coming to an end," Gilligan said in an interview. 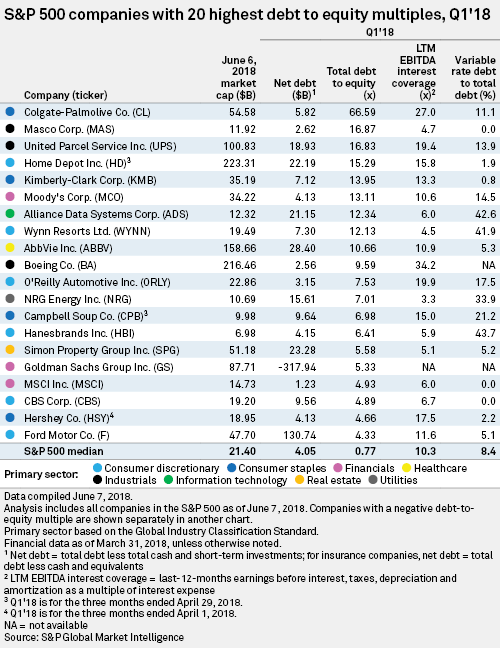 Debt underwriting activity has been slowing in 2018, dropping 17% year-over-year, according to a June 15 report from Credit Suisse Securities (USA) LLC analyst Susan Roth Katzke. Higher rates are not the only factor that is expected to increase corporate debt expense. The recent tax reform law makes debt less attractive because it limits the amount of interest companies can deduct to 30% of annual adjusted taxable income; companies previously could deduct up to 100% of interest. It also gives companies less need to issue bonds since they can now retain more capital through earnings thanks to lower federal tax rates.

Giroux expects issuance activity to slow eventually, but for the moment he said appetite for debt remains, with demand for 10-year and 30-year paper coming from insurance companies, pension funds, and investors in Asia. Giroux noted that on June 14, the day after the Fed announced the interest rate hike, about eight deals worth at least $10 billion were in the market and coming in oversubscribed. "There's a massive amount of cashflow coming into the market," he said.

Investor demand coupled with slower issuance can help keep rates down for issuers. And in a rising rate environment, large investment grade companies could see increased demand from fixed-income investors, who fear high-yield companies could have trouble servicing debt as the expense increases.

Cumberland Advisors Inc. Chairman and Chief Investment Officer David Kotok said he is advising clients to favor the highest-rated credits. "Big-cap companies in conditions like this definitely benefit from a flight to safety," he said in an interview. 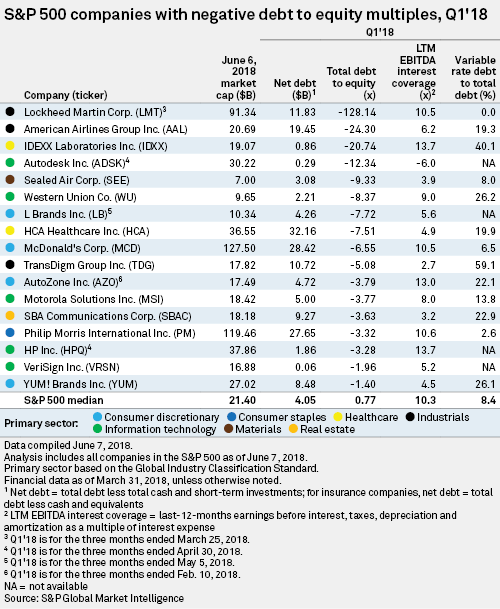 But Kotok noted that companies with the greatest levels of variable debt are most susceptible to higher costs in a rising rate environment. Wynn Resorts Ltd. and Alliance Data Systems Corp. were the only S&P 500 companies with debt-to-equity multiples topping 10x and variable debt-to-total debt ratios of at least 40% at the end of the first quarter. Ford Motor Co., which had the highest net debt and 20th-highest debt-to-equity multiple among S&P 500 companies, reduced its variable debt to about $8 billion at the end of the first quarter from $10 billion at year-end 2014.

Kotok has also noticed more companies moving to lock up fixed rates over longer periods, after years of relying on floating or shorter-term borrowings. "I'm seeing that as a recurring theme," he said.