Payments Would Be a Haven if Economy Turns, Analysts Say Ahead of Q4'18 Earnings


Payments Would Be a Haven if Economy Turns, Analysts Say Ahead of Q4'18 Earnings

An economic slowdown — whether imminent or not — is top of mind for financial technology analysts and investors heading into fourth-quarter 2018 earnings.

The fear of a slowing economy is a "top theme" for 2019, MoffettNathanson analyst Lisa Ellis said in a Jan. 10 note. Analysts expect companies to issue their initial guidance for 2019 and with it, possibly add some color about slowdown fears. About half of the major financial technology companies' fourth-quarter 2018 earnings results are expected to be below their normalized third-quarter results.

All but nine companies, however, are expected to report better results than fourth quarter 2017. Analysts believe payments companies would continue to benefit from growing e-commerce and card payment volumes, trends that would continue developing even during a recession.

Bernstein analyst Harshita Rawat called 2018 "another stellar year" for payments companies, despite the roller-coaster ride stocks took in the second half of the year. The first three quarters marked the strongest earnings performance in five years for most of Rawat's coverage in the payments sector, she said in a Jan. 7 note. Rawat also noted that the performance was driven by a strong economic environment, tax reform and the accelerating trend toward cards and online payments.

Analysts expect digital lenders and the major payments companies, except for First Data Corp. and Cardtronics PLC, to report higher earnings in the fourth quarter of 2018 than in the same period of 2017. Analysts predict more of a mixed bag in banking technology and financial media and data solutions, although they still largely expect better results in the upcoming reports.

In the event of an economic slowdown, some analysts view the payments sector as a relative defensive play due to the tailwinds from the global shift to electronic payments. Rawat and Keefe Bruyette & Woods analyst Sanjay Sakhrani said Visa Inc. and Mastercard Inc. are the most defensive bets. Rawat called the duopoly the "cleanest beneficiary" of the increasingly digitized payments marketplace. Sakhrani gave the edge to Visa because of tailwinds from Visa Europe and a more attractive valuation.

MoffettNathanson's Ellis echoed that the networks would be the least affected in a downturn, adding that Square Inc. might be the most exposed within the payments sector.

"We see [EVERTEC] as an attractive story that is likely to be largely dissociated from fears of an economic slowdown in the U.S.," he wrote in a Jan. 6 note.

Heading into fourth-quarter consumer finance calls, analysts will be listening for management to talk about the stability of the broader market, which Sakhrani believes could be a catalyst for stocks in the space.

The KBW analyst said that stocks are already being heavily discounted on fears of an economic slowdown, even though the U.S. is only in a "mildly weaker" economic backdrop. Consumer finance stocks, excluding online lenders, are trading below their five-year historical price-to-earnings multiples, Sakhrani said in another Jan. 6 note.

"The market is effectively already factoring on average around a 50% increase in loss rates for the consumer finance names in our coverage space, which appears quite severe given the current backdrop and the complexion of what a future recession might look like," he said. 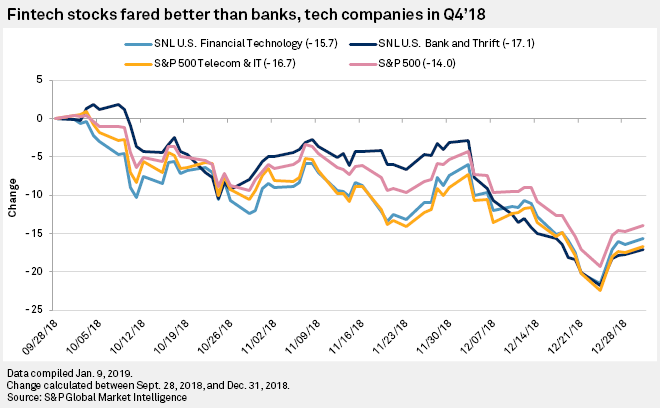 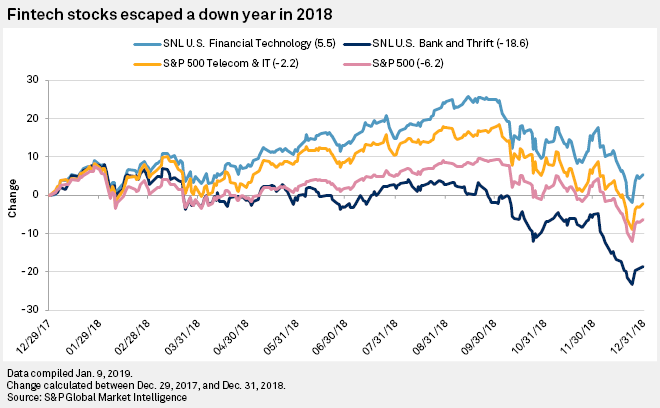