Capital market players are trying to assess how much longer the good times can roll, considering that America’s expansion is getting long in the tooth, at six years, and that the companion bull market is wobbling from the all-time highs of early 2015 in the face of full valuations (and then there’s China’s economic slowdown, the emerging market woes, and falling oil prices).

For the same reasons, leveraged credit managers are concerned that the current run of below-trend default activity, which stretches nearly six years since the credit crunch crested in December 2009, may be drawing to an end. After all, since the modern era of high-yield finance began in the mid-1980s, the prior low-default periods ran six years, from 1985-1990; eight years, from 1992-1999; and six years, from 2003-2008. 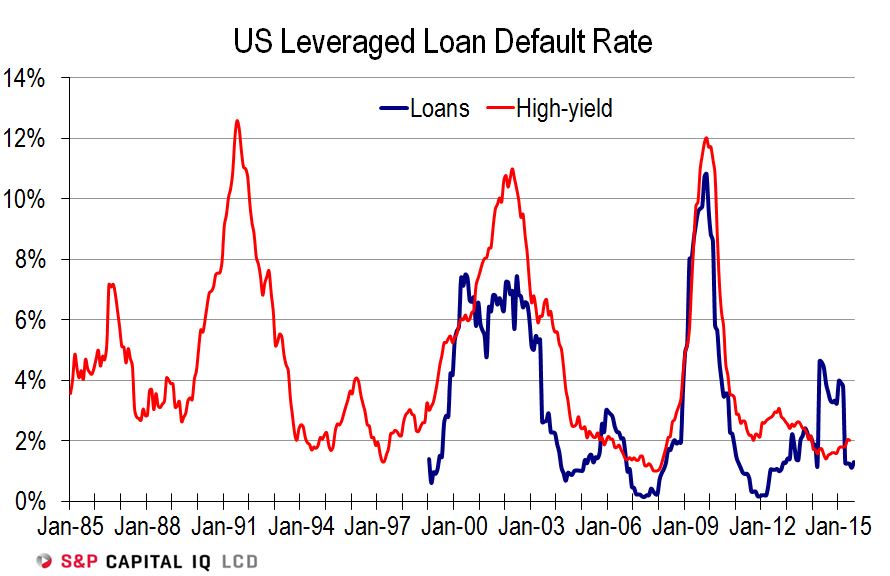 More broadly, the current run of economic growth and stock market increases is getting to the wide end of the historical range.

On the other hand, even if it appears late in the game for the current cycle, many of the prior cycles went into overtime (and sometimes double and triple OT). The longest economic expansion since 1945, for instance, endured for a full decade from 1991-2001, while the longest bull market stretched 12.8 years, from 1988-2001.

Nothing new under the sun
The current benign credit environment will inevitably give way to a default spike. In credit cycles, as in life, there’s a time to dance and a time to mourn. What loan managers are attempting to model is whether defaultageddon will happen sooner or later, and what that means for investment strategies.

Ahead, we discuss when default rates are most likely to push past the historical average of 3.2% – the rate was 1.3% at the end of August – based on conversations with managers, as well as empirical data.

In preview: The consensus is that the run of low defaults is likely to persist through 2016. After that, managers expect default rates to rise. Naturally, though, a hearty contingent of hawks and doves disagree on the specific timing.

Before we dive deeper, there are three points on which most players agree:

Considering the scenarios
Let us limit the time frames during which default rates push past the historical average:

Here’s how managers handicapped these three possibilities in our latest poll. 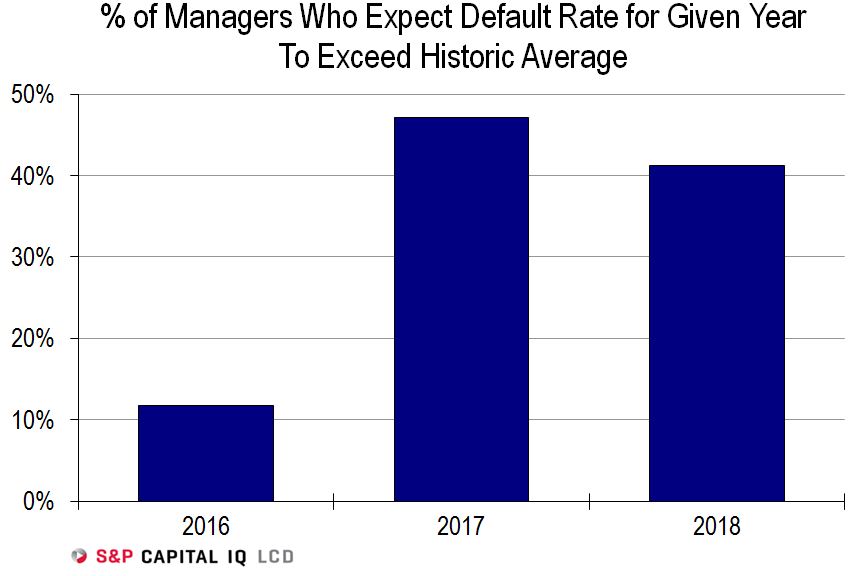 Bear case
In order for default rates to surge over the next 15 months, most players say a shock is necessary. Certainly, the list of known geopolitical and economic tinder boxes is formidable, including weakness in China; the always fragile situation in the Middle East; the potential for a further collapse in oil and commodity prices that drives defaults in these sectors higher while setting off a contagion in aligned sectors; Russia/Ukraine; Greece; or a complete meltdown in the already troubled emerging markets, to name just a few obvious situations.

Outside of such a brutal force, however, managers remain constructive on the near-term outlook as the poll results cited above illustrate. By and large they expect defaults to remain at low ebb, and concentrated within the energy and commodities sectors, in addition to a smattering of names that are potential bankruptcy candidates such as Millennium Labs, Caesars Entertainment, Clear Channel, Gymboree, and Weight Watchers.

Base case: 2017
Assuming GDP growth and benign credit conditions persist through 2016, managers generally see the default cycle gearing up by 2017-2018 for the following reasons: 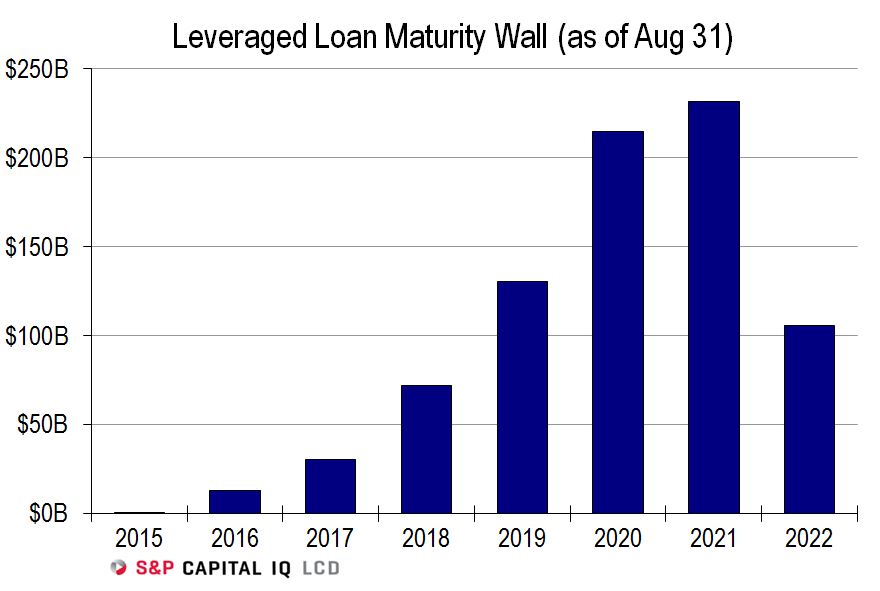 Though loans rarely go to term, some issuers could find it more difficult to refinance debt ahead of maturity given the combinations of potentially slowing economic growth – or an outright recession – and the scaled back participation of CLO vehicles. At the very least, financing may well be more expensive, putting pressure on today’s vaulted coverage ratios.

Bull case: 2018 and beyond
There are few intrepid optimists that see a benign credit cycle extending for another three years (or perhaps more). A lot would have to go right for them to be correct. First and foremost, the economy would have to avoid a recession. That is hardly a given, but if so, the bull brief has three main legs: 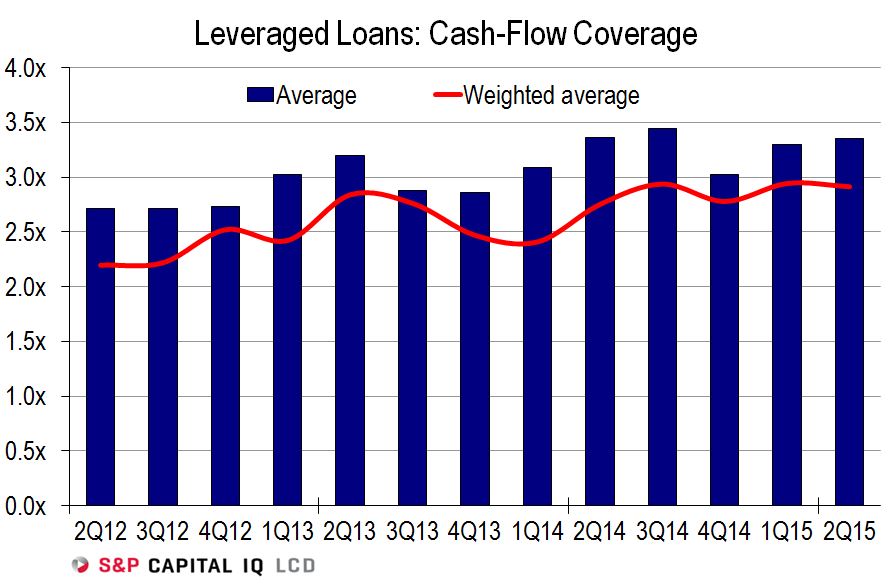 In the end, default rates will start their inexorable rise to above-trend levels when the market experiences the usual knockout combination of recession and liquidity deprivation. From today’s vantage point, 2017 is the consensus estimate, though that view will obviously shift in either direction as new information comes to light or new crises emerge that threaten global economic growth. – Steve Miller