US Loan Fund Assets Fall to (Another) 3-Year Low. However ... 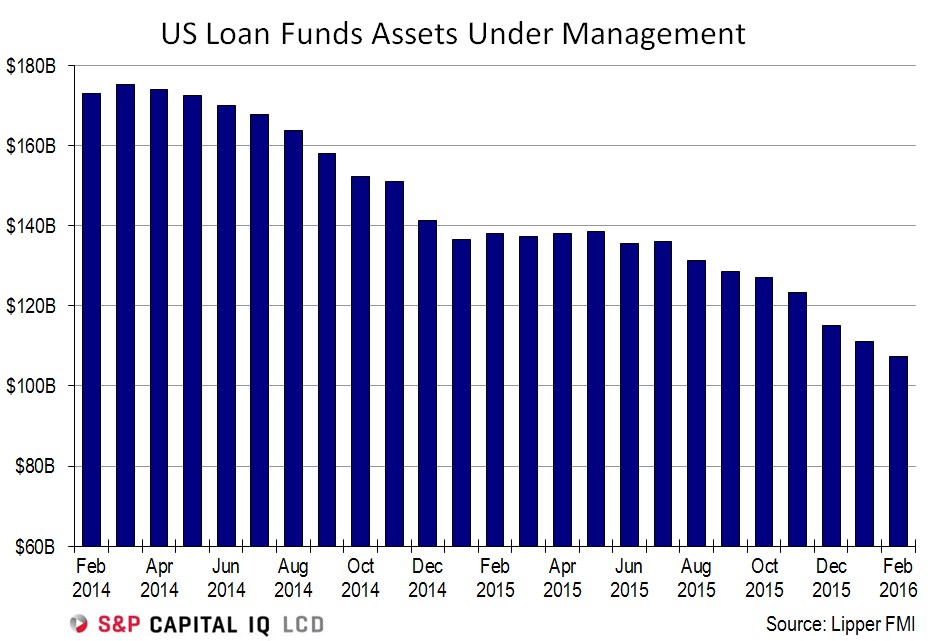 Amid outflows and falling loan prices, loan mutual funds’ assets under management fell by $3.92 billion in February, to a three-year low of $107.2 billion. It was a slight improvement from January’s $4.04 billion AUM decline, and pushed the total decrease over the first two months of the year to $8 billion from 2015’s final read of $115.2 billion.

Loan funds continued to face redemptions in February in response to shaky investor sentiment across the capital markets for most of the month, as well as falling rates. After ending January at 1.94%, the 10-year Treasury yield fell to as low as 1.63% on Feb. 11, before bouncing back to 1.74% by the end of the month.

However, these funds stopped bleeding in early March. Over the first two weeks of the month, funds that report to Lipper FMI posted $232 million of inflows, from $916 million of redemptions during the same period in February and the best two-week total since July 22, 2015. What’s more, the category’s 32-week run of outflows ended with a $55 million inflow during the first week of the month. –Steve Miller