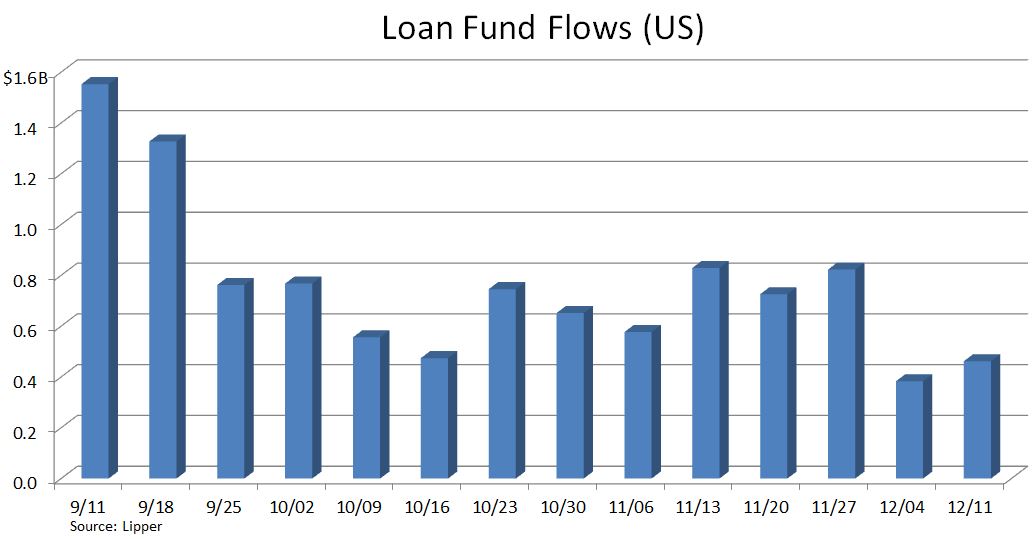 Retail cash inflows to bank loan mutual funds and exchange-traded funds totaled just $462 million for the week ended Dec. 11, according to Lipper, a division of Thomson Reuters. That is the third smallest inflow of the year.

This latest result is up from $383 million last week but falls short of the four-week trailing average, which fell to $599 million this week, from $690 million last week. However, the net inflow streak was extended to its 78th week for a total inflow of $58.5 billion over that span. The last net outflow was recorded in June 2012.

This week’s inflow included $35 million from ETFs, or 8% of the total, and that is only slightly higher than the $28 million (7%) participation last week.